Back in July during my visit to Los Angeles for the Guardians of the Galaxy Press Junket, we were treated to a sneak preview of Disney’s Big Hero 6 at Walt Disney Animation Studios.  Loving what I saw, which I will share more below, but every time I have visited the animation studios, it’s a special treat.  They go all out in decorating the building with the film that is currently being worked on, so it was all about Big Hero 6.  Lucky for us, we not only screened the film and had the treat to the lobby display of story board art, but to top that off, we met with directors Don Hall & Chris Williams and Producer Roy Conli.  Oh, and we saw the new Disney short, Feast!

A Look at Big Hero 6

From Walt Disney Animation Studios, the team behind “Frozen” and “Wreck-It Ralph,” comes “Big Hero 6,” an action-packed comedy-adventure about the special bond that develops between Baymax (voice of Scott Adsit), a plus-sized inflatable robot, and prodigy Hiro Hamada (voice of Ryan Potter). When a devastating event befalls the city of San Fransokyo and catapults Hiro into the midst of danger, he turns to Baymax and his close friends adrenaline junkie Go Go Tomago (voice of Jamie Chung), neatnik Wasabi (voice of Damon Wayans Jr.), chemistry whiz Honey Lemon (voice of Genesis Rodriguez) and fanboy Fred (voice of T.J. Miller). Determined to uncover the mystery, Hiro transforms his friends into a band of high-tech heroes called “Big Hero 6.” Inspired by the Marvel comics of the same name, and featuring breathtaking action with all the heart and humor audiences expect from Walt Disney Animation Studios, “Big Hero 6” is directed by Don Hall (“Winnie the Pooh”) and Chris Williams (“Bolt”), and produced by Roy Conli (“Tangled”). The film hits theaters in 3D on Nov. 7, 2014. 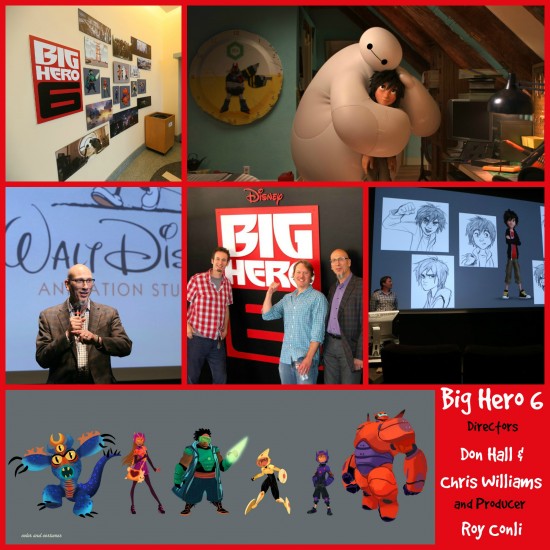 I love San Francisco, so for me, watching the bit of Big Hero 6, I was totally taken in by the similarity of the the city and then realized the brilliance of San Fransokyo, the best of San Fran and Tokyo.  With the friendship of Baymax and Hiro the center of the story, yet the adventure they will embark on along with Hiro’s friends, transformed by him into the Big Hero 6, this looks like it’s going to be the first of hopeful many Marvel inspired Disney animated films. 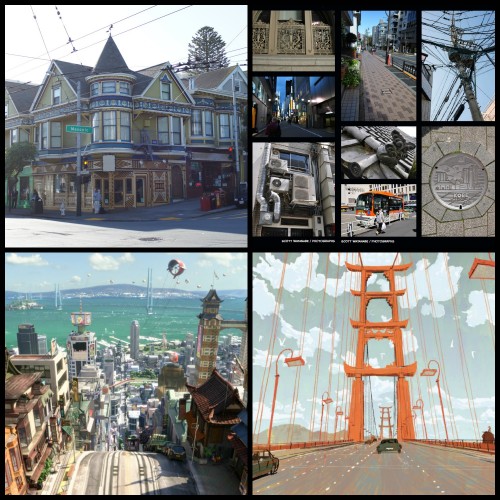 It was fascinating to learn from directors Don and Chris the time and energy that went into the making of the film.  Sharing some early sketches, to us watching a little bit of the finished product. Don shared in an interview the relief and creative freedom they felt about creating the Big Hero 6 universe.  “But in our first meeting with Marvel, when John picked “Big Hero 6,” Marvel was super encouraging to not tie it to their mythology at all. It was like — “Create your own universe, create your own characters, and don’t worry about anything else.” I love the Marvel Universe and the mythology of the Marvel Universe if I had to be cognizant of all of that stuff during the course of this movie my brain would have exploded. There was enough in this movie with the new team and this world we’ve created, it was plenty. As much as I love the Marvel Universe, I’m glad that we chose to create our own thing.” 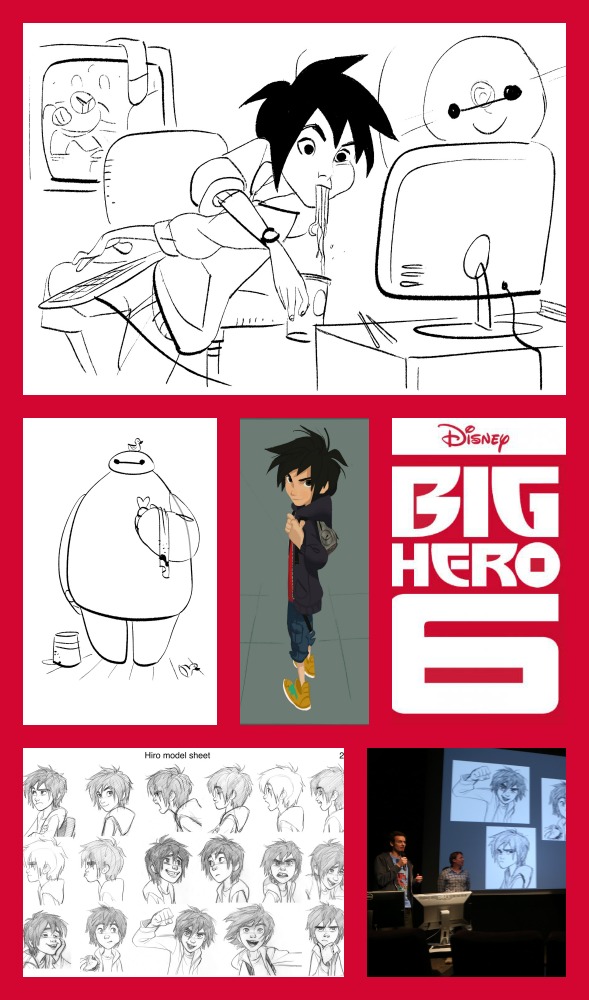 Take a look at the latest trailer from Big Hero 6.

And as all Disney animated features start, there is a short before Big Hero 6.  Feast – it’s such an adorable story with an equally adorable puppy, and it’s one of those stories you will instantly fall in love with.  Director Patrick Osborne shared how the concept of Feast came about, with photographing what he ate everyday over a year.  Then realizing how he could tell what he was feeling by what he ate which in the end is shared in a story about a dog and watching life through his eyes.  Being a short, I don’t want to give too much away, so you can trust me on this, you will LOVE it! 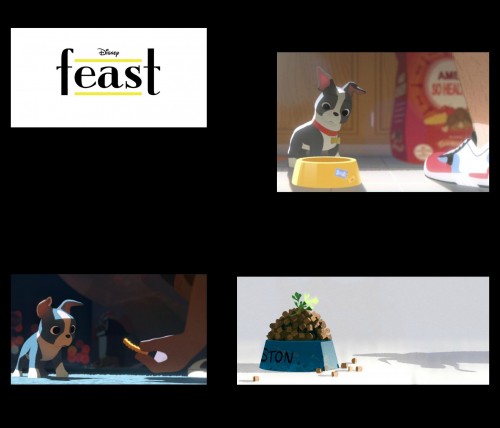 “Feast,” a new short from first time director Patrick Osborne (head of animation, “Paperman”) and Walt Disney Animation Studios, is the story of one man’s love life as seen through the eyes of his best friend and dog, Winston, and revealed bite by bite through the meals they share.  The short opens on Nov. 7, 2014, in front of Walt Disney Animation Studios’ “Big Hero 6.”

Make sure to stay social with Big Hero 6! 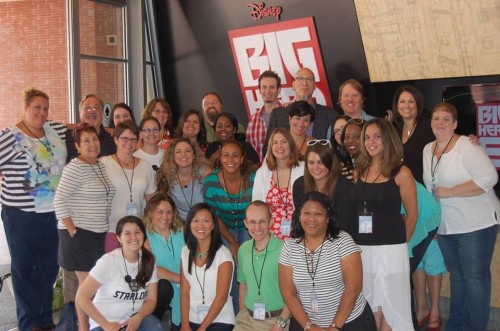 *I was invited by Disney to have a sneak peek of Big Hero Six and Feast to share with my readers.  All opinions are my own!