I have been to Animal Kingdom countless times. But it’s still one park that deserves a visit while at on vacation at Walt Disney World Florida. One question that I have been asked countless times, “If I only have a half day, what are the Three Must Do’s?”. 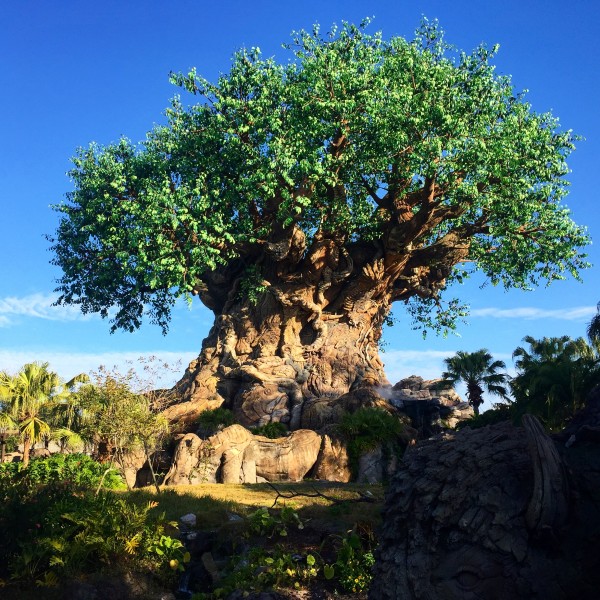 Having spent about a half of a day in the park during my recent visit for the Zootopia Event, I think I have a solid answer, however, my suggestion is to go early, if you are going to do a half day, you will want to see the animals on before it gets too hot. But with some changes coming to the park, a full day would be recommended to get the full nighttime experience as well. 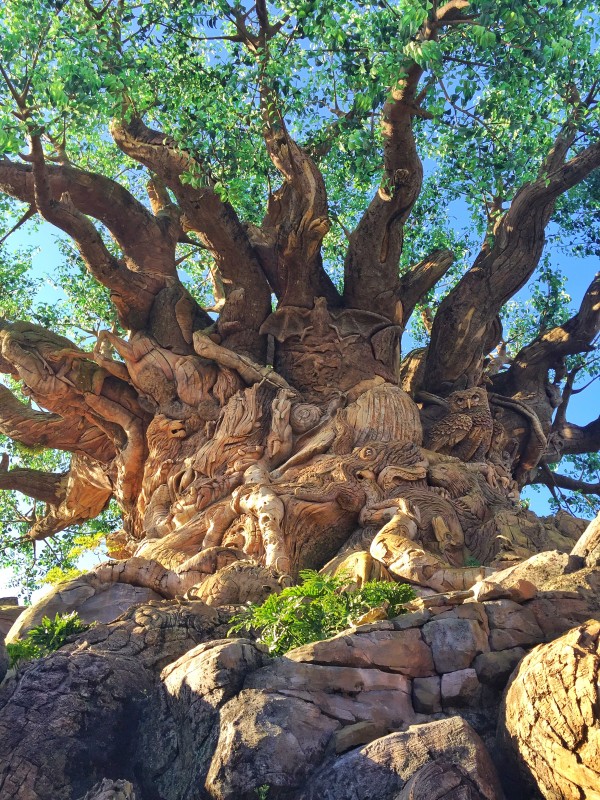 Disney’s Animal Kingdom is home to more than 2,000 animals across 300 species. The park reflects Walt Disney’s dedication to conservation and is committed to animal care, education and research. There are 6 enthralling lands to explore: Oasis, Discovery Island, Africa, Rafiki’s Planet Watch, Asia and DinoLand, U.S.A. areas. From animal encounters to full broadway style shows, and rides to keep the thrill of it all together, the park really has something to offer vacationers of all ages.

Animal Kingdom has been known to be the early park, closing usually around 6 pm this time of year. But soon, guests will be able to experience a whole new nighttime experience with a celebration of the kinship of all living things during this nighttime water and light show awash with breathtaking special effects.

One of the things that I am looking forward to seeing is the lighting of the Tree of Life.

After the sun sets, animal spirits within the great tree come alive and reveal themselves in mesmerizing color and light.

During the evening hours, pay special attention to the Tree of Life at the center of Disney’s Animal Kingdom park. At various times, flickering fireflies magically appear and awaken the wondrous animals spirits carved into the tree’s towering trunk—bringing to light a stunning visual extravaganza swarming with vivid color and animated imagery.

Witness a graceful young doe embark on a thrilling cross-country journey. Behold love blossoming between 2 hummingbirds. See a spry fox spreading gifts of love among the denizens of a wintry forest. A feast for the eyes, each approximately 3-minute-long revelation celebrates the eternal balance and harmony that exists in all living things, big or small, and is sure to inspire and delight the entire family, big and small.

With the nighttime experience will also come street type parties with music and fun including Harambe Wildlife Parti! 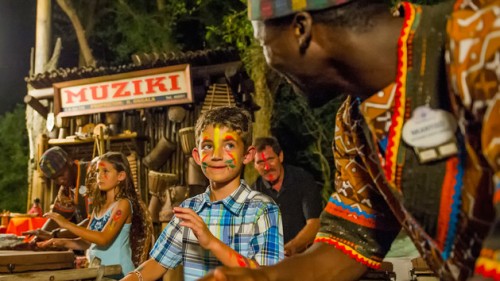 Boasting music, dance and an ever-changing landscape of performances and things to see and do—Harambe’s Wildlife Parti offers the excitement of an African village bursting with non-stop entertainment and surprises for all who visit. 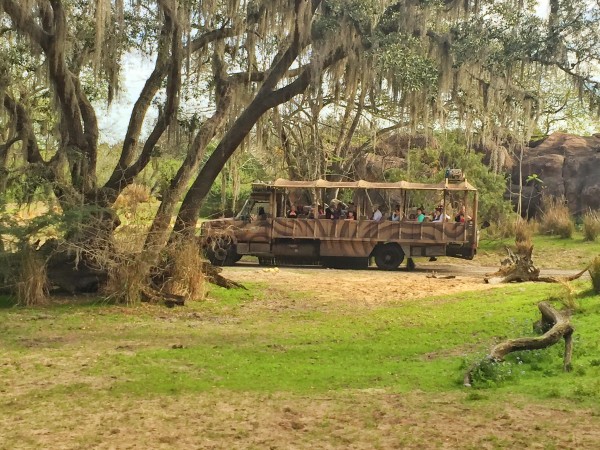 While at Animal Kingdom, I have to share the obvious 3 must dos! Starting with the Kilimanjaro Safari. It’s a guarantee that two rides are never the same and the animals you may see – the list is long but looks like this!

And here’s a few shots from my time on the safari.

Perfect weather days give you some of the best photos!

Now, I mentioned Broadway style shows, so I have to mention Finding Nemo, The Musical. If you love the movie and are anticipating Finding Dory, out this coming summer, you will love this show! Based on the hit animated movie, this must-“sea” adventure makes a splash with spectacular music and stunning theatrical puppetry.

Also, a must see, Festival of The Lion King! I couldn’t help by sing along and find joy in seeing all the kids dancing and singing in this awesome show!

Join the inhabitants of the Pride Lands for a grand celebration of The Lion King with songs from the film. Relax in air-conditioned stadium seating as the jungle roars around you!

With shows, animals and rides…oh let me at least mention my favorite ride at Animal Kingdom, Dinosaur.

Not for those that don’t appreciate a thrill ride. It’s fun, a little scary, and as I mentioned, it’s a favorite for me.

Just the few things I mentioned are just a small portion of all the fun things to see and do at Animal Kingdom. Here’s a few more photos to enjoy!

So for those 3 must do’s – TheKilimanjaro Safari, the shows, and of course the rides! After my fun time at Animal Kingdom I got to screen Zootopia! For my full review, interviews and more, click on the links on the side of the page. And if you haven’t seen Zootopia yet, what are you waiting for?

The modern mammal metropolis of Zootopia is a city like no other. Comprised of habitat neighborhoods like ritzy Sahara Square and frigid Tundratown, it’s a melting pot where animals from every environment live together—a place where no matter what you are, from the biggest elephant to the smallest shrew, you can be anything. But when rookie Officer Judy Hopps (voice of Ginnifer Goodwin) arrives, she discovers that being the first bunny on a police force of big, tough animals isn’t so easy. Determined to prove herself, she jumps at the opportunity to crack a case, even if it means partnering with a fast-talking, scam-artist fox, Nick Wilde (voice of Jason Bateman), to solve the mystery. Walt Disney Animation Studios’ “Zootopia,” a comedy-adventure directed by Byron Howard (“Tangled,” “Bolt”) and Rich Moore (“Wreck-It Ralph,” “The Simpsons”) and co-directed by Jared Bush (“Penn Zero: Part-Time Hero”), opens in theaters on March 4, 2016.