The 14 hour plane ride wasn’t too bad. I watched a few movies, but I mostly slept. But something really cool did happen, I finally crossed the international dateline. Crossing the dateline meant that it was no longer June 12th, but June 14th. 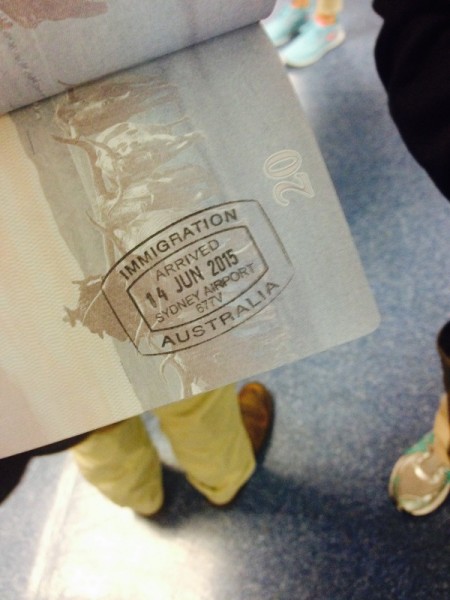 I have finally landed in Sydney at 6:15 a.m. (4:15 p.m. back home). About 45 minutes later my passport was stamped and then about 15 minutes after that I got my luggage! I couldn’t have been happier to have a clean change of clothes. I don’t think I’ve been so happy to change my clothes in my entire life. 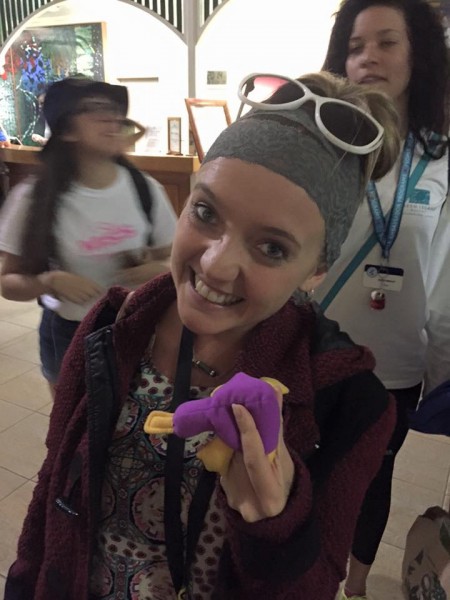 After changing we met our delegation manager Cassie. She seems really cool and fun. After she talked to us about what the other group had been doing we boarded our bus, or as Cassie called it, “a coach”. We had a 2 to 3 Hour drive to the Blue Mountains. The bus ride was weird because we were on the other side of the road! Even the signs here are different. It’s nerve-wracking because I look over and think we are going to end up in a head on collision. 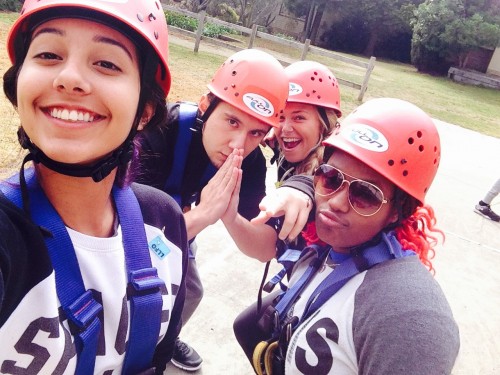 Since we arrived late we would not be doing the team building activities or the beginning of the full on program like the other delegation. This made meeting them for the first time a bit awkward since everyone already knew each other. However, repelling made everything better. I love an adrenaline rush. So repelling 200 feet off the side of a mountain face was exhilarating. I loved every second of it. You could see for miles and miles. The overall experience amount rappelling was great. 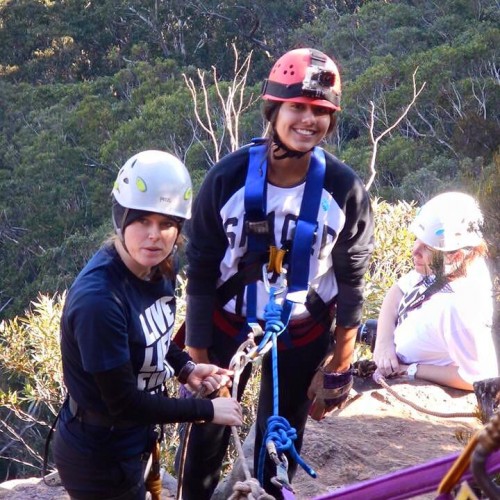 By the time we had eaten dinner and we were all sitting down we were all exhausted. It had been a long day and we had just flown in from the United States we were not used to the time difference. We were tired and maybe a bit cranky but we were not prepared for the girls from the other delegations screaming songs. At least my roommates were cool. 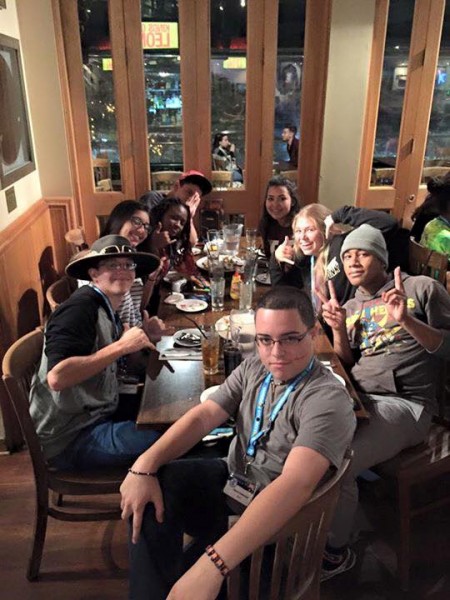 Well, we made it.