It’s been a few months since I’ve been to LA for an event. With March just around the corner, there isn’t a better way to kick off the movie coverage season than the Beauty and the Beast Press Event.

If you are curious as to who we will be interviewing, what other television shows and entertainment we may be covering, you have found the right post to read all about it right here.

Beauty and the Beast Press Event

The event starts this Saturday, March 4th with the screening of the new Beauty and the Beast on the Walt Disney Studios lot.

We will start our day at the press junket for Beauty and the Beast where we will have a special music presentation with Alan Menken at the piano followed by interviews with,  Director Bill Condon & Alan Menken, Luke Evans (“Gaston”) & Josh Gad (“Le Fou”), Audra McDonald (“Garderobe”) & Gugu Mbatha-Raw (“Plumette”), and Emma Watson (“Belle”) & Dan Stevens (“The Beast / Prince Adam”).

After all the interviews we will then join Williams Sonoma for a Beauty and the Beast themed blogger event. It’s here we experience a cooking demonstration,  snack on Soup Du Jour, Meat Ragu, Cheese Soufflé, and more. 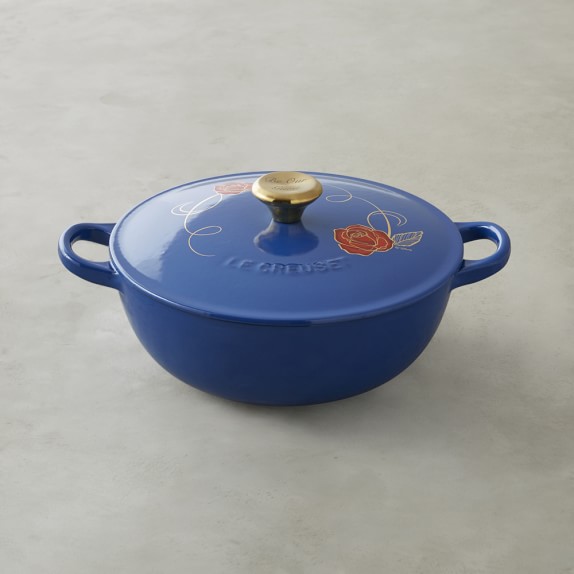 Williams Sonoma is marking its first collaboration with Disney by debuting an exclusive Beauty and the Beast Soup Pot by Le Creuset. This is to coincide with the release of the live-action film adaptation.

The limited edition blue enameled cast iron soup pot is decorated with the signature Beauty and the Beast rose with an oversized gold knob bearing the inscription, “Be Our Guest.” There is a limited quantity of pots available for purchase at williams-sonoma.com, lecreuset.com, and Le Creuset Signature Stores.

We will start our day with a screening episode 203 of “The Catch” followed by an Q&A and photos with available members of the cast.

We will screen the season 6 premiere episode of “Baby Daddy”  followed by a “Baby Daddy” Baby Shower lunch. We will get to sit down for a Q&A along photos with Chelsea Kane (“Riley Perrin”), Derek Theler (“Danny Wheeler”) and Tahj Mowry (“Tucker Dobbs”).

This is the day of screenings and next up will be Tangled: Before and After, followed by a Q&A session with photos with Executive Producer/Supervising Director Chris Sonnenburg and Supervising Producer Ben Balistreri.

Rapunzel acquaints herself with her parents, her kingdom and the people of Corona. Her irrepressible spirit and natural curiosity about the world lead her to realize that there is so much more she needs to learn about the world and herself before she can assume her role as Princess of Corona.

We will be screening an episode of “Milo Murphy’s Law” followed by Q&A and photos with Creators and Executive Producers Dan Povenmire & Jeff “Swampy” Marsh.

We will be enjoying a Polynesian-themed dinner and presentation for the Moana Blu-ray release including a bonus features showcase and a Q+A with Director Ron Clements and Producer Osnat Shurer.

Ending the night with black and with fuzzies, with the screening of Born in China.

Disneynature’s new True Life Adventure film “Born In China” takes an epic journey into the wilds of China where few people have ever ventured. Following the stories of three animal families, the film transports audiences to some of the most extreme environments on Earth to witness some of the most intimate moments ever captured in a nature film. A doting panda bear mother guides her growing baby as she begins to explore and seek independence. A two-year-old golden monkey who feels displaced by his new baby sister joins up with a group of free-spirited outcasts.

And a mother snow leopard—an elusive animal rarely caught on camera—faces the very real drama of raising her two cubs in one of the harshest and most unforgiving environments on the planet. Featuring stunning, never-before-seen imagery, the film navigates China’s vast terrain—from the frigid mountains to the heart of the bamboo forest—on the wings of red-crowned cranes, seamlessly tying the extraordinary tales together.

We start our day with a screening of the first 2 episodes of “Andi Mack”; a contemporary, coming-of-age story about a relatable girl who’s trying to determine where she fits in; and the many amazing ways she can live her life. Andi has been raised to live on the safe side but on her 13th birthday, she takes off the proverbial training wheels and eagerly goes headlong into her teenage years. At every twist and turn, she’s anchored by a loving albeit complicated family and her loyal best friends, Cyrus and Buffy.

We will have some time to chat and take some photos with Peyton Elizabeth Lee (“Andi Mack”), Lilian Bowden (“Bex”), Lauren Tom (“Cecilia”).  Also joining us will be Creator/Executive Producer Terri Minsky and Executive Producer, Michelle Manning

After screening the pilot and episode 102 of “Imaginary Mary” we will sit down for a Q&A and photos with Jenna Elfman (“Alice”), Stephen Schneider (“Ben”) and Executive Producers David Guarascio & Patrick Osborne.

Imaginary Mary is about a fiercely independent career woman (Jenna Elfman) whose life is turned upside-down when she meets the love of her life. He’s a divorced father with three kids. This triggers even more upheaval when the slightly unhinged imaginary friend (voiced by Rachel Dratch) she created as a child suddenly reappears. Maybe this voice will help her navigate the transition from single girl to a woman ready for a family.

Yes, it’s a busy one, and it will be so much fun to have you follow along.

Find everyone of social!

*I have been invited by Disney to attend the Beauty and the Beast press junket to share my experience with my readers. All opinions are my own.