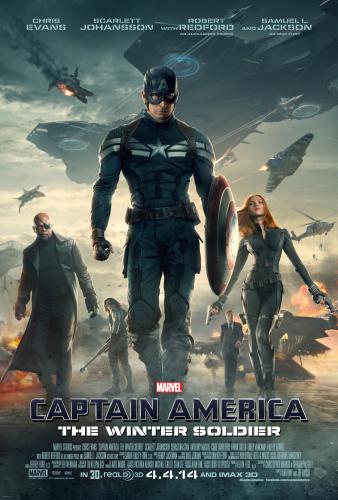 I am a Marvel fan.  I may not be the biggest fan or the one that has been a fan since I was a kid, but I have become a huge fan over the past few years.  When I was invited to LA last month, I had the opportunity to not only screen CAPTAIN AMERICA: THE WINTER SOLDIER, but I also was incredibly lucky to attend the world premiere of the film.  So now after having watched it twice, I can say that hands down, this is my favorite Marvel film.

This doesn’t surprise me a bit.  I feel that many people will find that all the early hype and great reviews are warranted.

With Chris Evans returning as Captain America, looking better than ever if I may add, along with Scarlett Johansson, Anthony Mackie, Sebastian Stan, Samuel L. Jackson and Robert Redford, if the cast alone doesn’t speak volumes, the film synopsis will.

After the cataclysmic events in New York with The Avengers, Marvel’s “Captain America: The Winter Soldier” finds Steve Rogers, aka Captain America, living quietly in Washington, D.C. and trying to adjust to the modern world.  But when a S.H.I.E.L.D. colleague comes under attack, Steve becomes embroiled in a web of intrigue that threatens to put the world at risk.  Joining forces with the Black Widow, Captain America struggles to expose the ever-widening conspiracy while fighting off professional assassins sent to silence him at every turn.  When the full scope of the villainous plot is revealed, Captain America and the Black Widow enlist the help of a new ally, the Falcon.  However, they soon find themselves up against an unexpected and formidable enemy—the Winter Soldier.

From that opening scene to the the two teasers in the credits, I was hooked.  It’s extremely action packed.  So much so that my jaw was sore from clenching my teeth and for me, that rarely ever happens[]= in a movie.  Chris Evans is very comfortable in his role as Captain America.  He’s become a strong and confident superhero that isn’t stuck in a world he no longer gets, and though the hints to help him catch up to present day from 1942 are still there, he is very acclimated.  With Scarlett Johansson returning as the Black Widow, it’s nice to learn more about her alter ego Natasha Romanoff.  And her friendship with Steve Rogers, Captain America’s alter ego, is one that is fun and very entertaining. 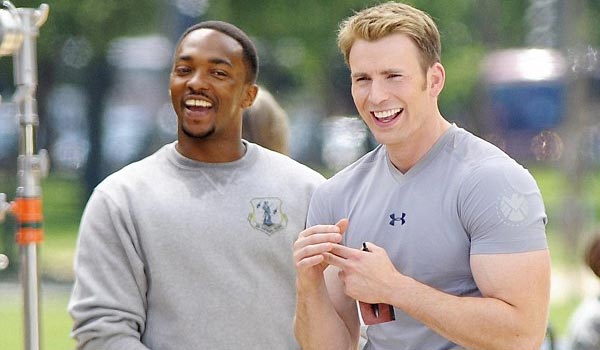 With Anthony Mackie joining the team as Falcon, he adds an incredible energy to the screen.  He and Evans play off each other well, and they make for an incredible onscreen superhero duo.  Funny?  Very! 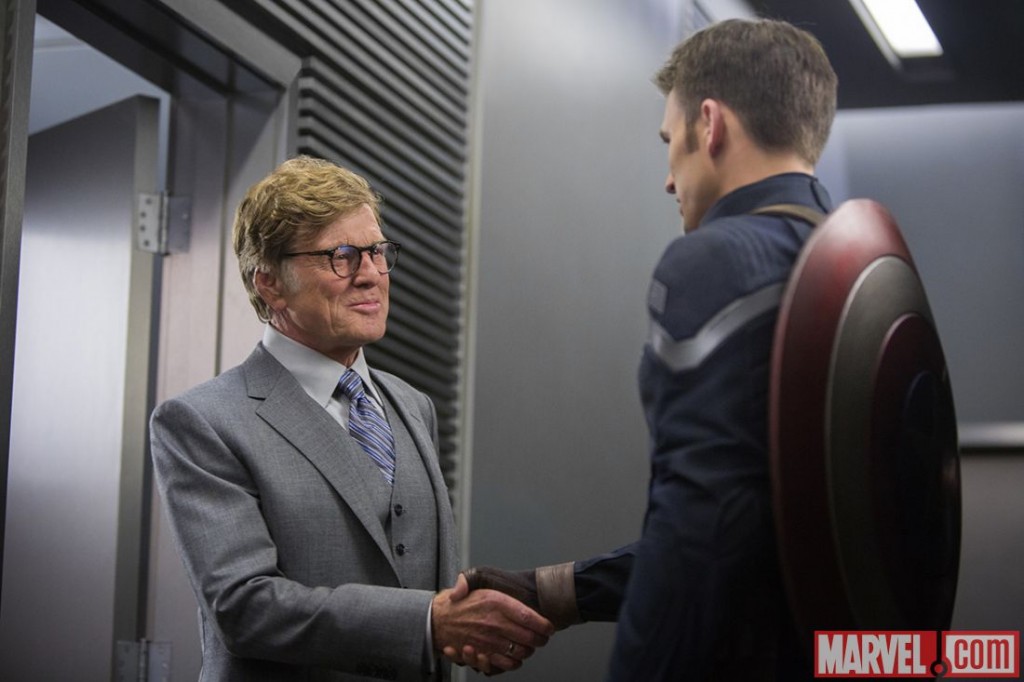 As Kevin Feige mentioned in his interview, “Sometimes things happen like getting a call from Mr. Redford’s agent saying, “do you have anything that might be good for him?”, and we went holy mackerel, we sure do.  We made some adjustments to that character to increase his stature and to make it worth Robert Redford playing it.” Actors want to be part of this Universe!  And they also look for actors to fulfill these roles, and are usually lucky with getting their first picks.  But often times, it’s just meeting with people and finding people who are interested and you know, Michael Douglas, on “Ant-Man” and Paul Rudd, both were sort of first choices in terms of the characters they’re playing for us.  And it’s gotten very nice now.  You know, 9 Movies, 10 Movies into our Cinematic Universe that people seem to be excited about joining us and seem to trust that they’re not gonna look silly in a costume or talking to a comic book character that they realize we take this very seriously and when somebody like Robert Redford or like Anthony Mackie or any of our actors sign up, that’s a big responsibility for us the film makers to go – they’re gonna bring their best to this movie, we have to bring our best to the script and to the production and to the final product.“ 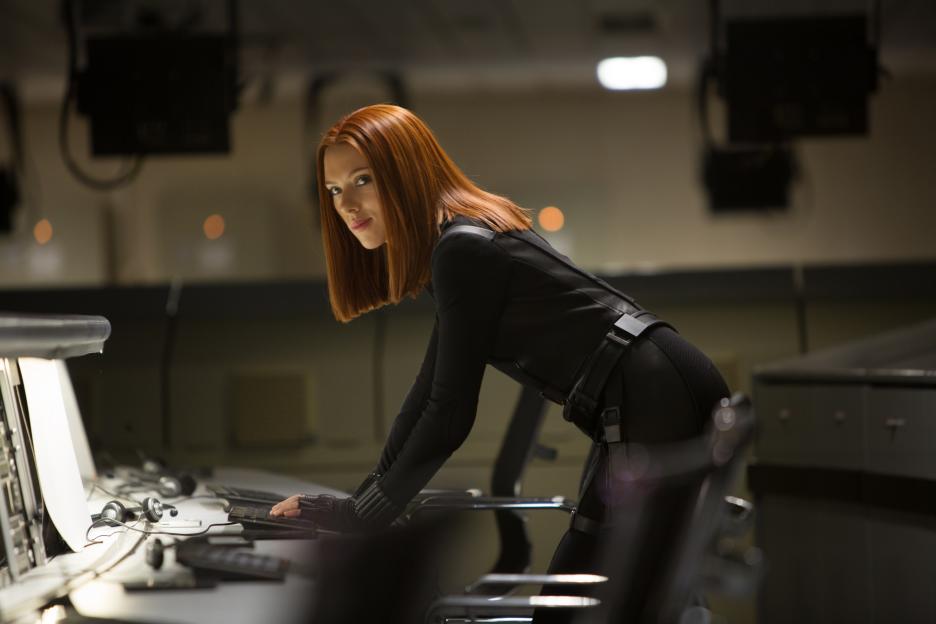 With a ton of hand to hand type of combat, the actors had plenty of training, and it was worth it for the scenes are seamless.  “This time around, a lot of the fighting was pretty gritty.  A lot of it is kind of handheld weapons.  It actually made it a lot easier for me because first of all, the crazy acrobatic stuff that you see, I start and finish”, shares Johansson.

Guaranteed to possibly be the biggest film out this year, make sure you check it out this weekend so those spoilers don’t take anything away from you seeing it yourself for the first time.

I personally can’t wait to see it again for the 3rd time this weekend.