All Disney animated features start with a short, and Feast is the short that played before Big Hero 6 – it’s such an adorable story with an equally adorable puppy, and it’s one of those stories you will instantly fall in love with the characters.  Director Patrick Osborne shared how the concept of Feast came about, with photographing what he ate everyday over a year.  Then realizing how he could tell what he was feeling by what he ate which in the end is shared in a story about a dog and watching life through his eyes. 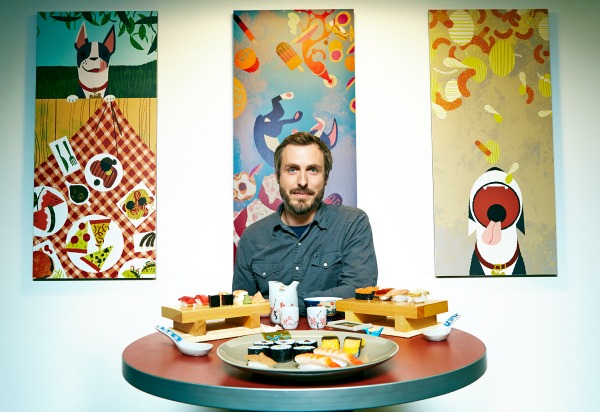 “Feast,” a new short from first time director Patrick Osborne (head of animation, “Paperman”) and Walt Disney Animation Studios, is the story of one man’s love life as seen through the eyes of his best friend and dog, Winston, and revealed bite by bite through the meals they share.”

The time I spent with Patrick Wilson is nicely summed up in that video.  From the concept with the photographs of his food to bringing the story to life, this is one of my favorite Disney shorts.  He shared this process with us in a little more detail.

It all starts with the storyboards.  These are sketches of the story and most of the artwork is just trashed.  It’s to stimulate ideas and to share the story in quick sketches.

And then from this it goes to 3D layouts, this is placing objects in the scene. 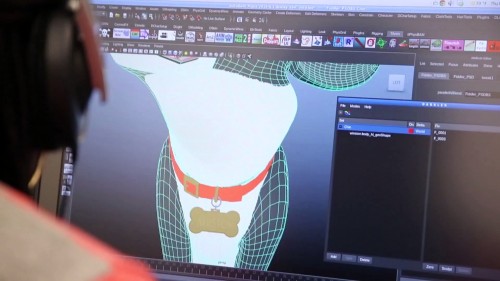 And then from this it goes to dailies, and this may include things like crawling on the floor like a dog.  And this is a really nice way to get notes and you can make changes quickly when you return to your desk.

The amount of people and time that goes into making even a 6 minute short is mind boggling.

Green light to finish was 51 weeks and there were 5 people on it for 9 months, and the shot production was 14 weeks, so we had about 60 people on it total, but never all at the same time. 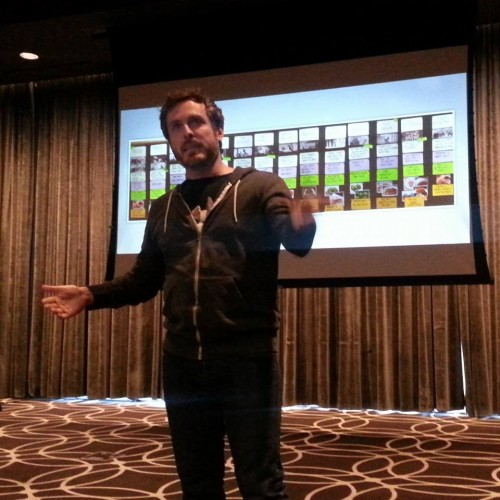 Feast is nominated for and Oscar in Animated Short category, Patrick shared what that feels like.

It’s not possible to set a goal and say, I want to go to the Oscars.  It’s luck.  It would be amazing, but you can’t look at it as changing your life.  It will be a fun party for sure! 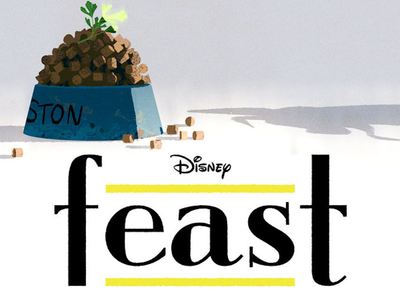 *I was part of a press conference to cover the release of Big Hero 6 on Blu-ray and DVD and that all expenses were covered by Disney.  All opinions are my own.