If you have never heard of Eric Garner, let me tell you a little bit about him.  Mr. Garner was a 350 pound, 43-year-old, 6’3″ tall, asthmatic African American man who previously had been arrested for selling untaxed cigarettes, driving without a license, marijuana possession and false impersonation, all misdemeanors.  On July 17, 2014, witnesses told investigators that Garner had just broken up a fight when cops arrived and accused him of passing a cigarette to someone.  Really, you heard that right.  Passing an untaxed cigarette.  Officers tried to arrest him, and well, just watch the video for yourself.  While watching, count the number of times Mr. Garner says, “I can’t breathe”.  I counted 10 times.  On August 1, 2014, medical examiners concluded that the chokehold and chest compression applied were the primary causes of Mr. Garner’s death and ruled it a homicide.  Unlike the Mike Brown case, which has riveted not only our country, but the entire world, all the events which transpired that Thursday afternoon were recorded.  The entire thing.  The video is not from a police cruiser cam, nor an officer’s body cam, but from a member of the public.  Not just the beginning, or the end, but the entire incident.  Watch for yourself and draw your own conclusions.  But, remember while watching this, keep in mind chokeholds are PROHIBITED within the NYPD and have been since 1993.

***WARNING – this shows Mr. Garner in a chokehold that ended in his death***

When I first saw the video last month, I must say I was appalled.  I then did some research and what I found was even more egregious.  The officer who applied the prohibited use of force chokehold, officer Daniel Pantaleo, has not been arrested.  Not only has the officer not been arrested, he hasn’t been fired.  He was stripped of his badge and his service handgun and placed on desk duty pending an investigation.  That’s it, as of now.  The investigation is said to be continuing.  What a joke!!!  Continuing?  How can a police officer, or anyone for that matter, commit a homicide (not my word, the medical examiner’s) by applying a restraint that has been banned by the NYPD for over 20 years, at the very least, keep his job? 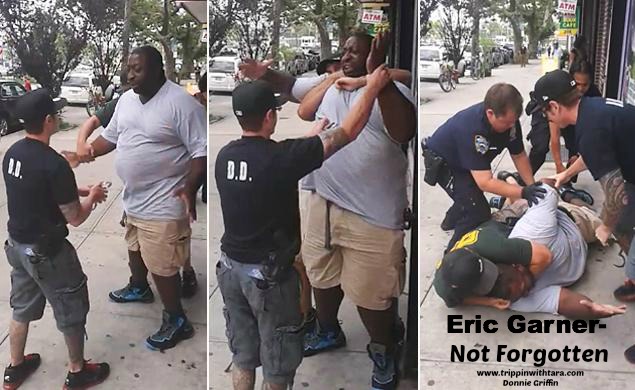 Here is another video of the 7 1/2 minutes after the takedown.  What you see is a real life disregard for a human life.  Want to be really disgusted at this officer Pantaleo?  Watch what he does at 6:57 of this video.  Seeing this tells me all I need to know about this officer.  What say you?

I want to end by saying I support Law Enforcement 100%.  But at the same, Law Enforcement should be held accountable for their actions as well when they do wrong.  Eric Garner is dead, buried exactly one month ago today, and officer Daniel Pantaleo is still employed by NYPD, and still being paid.  To add to this disgusting story, officer Pantaleo was also the subject of two civil rights lawsuits in 2013, where he was accused of false arrest and abuse.  There was no video with those cases, just the officers word vs. theirs.  Not this time though.  If you are as appalled as I am about the death of Eric Garner, please share this.

Mr. Eric Garner, although I never knew you, you are not forgotten.  RIP 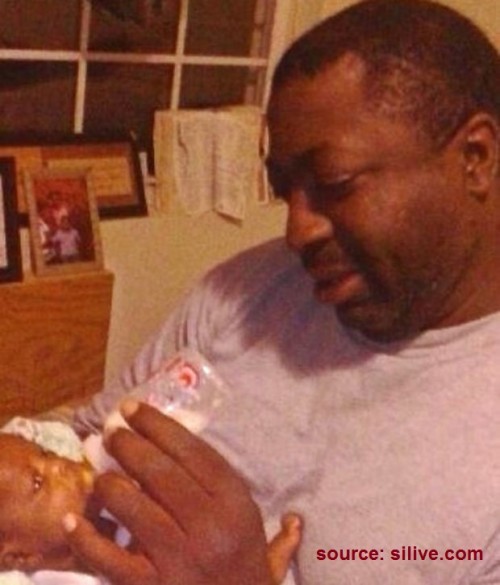 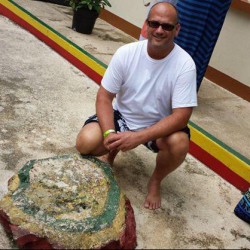 Donnie Griffin
Donnie is the behind scenes partner of Trippin' with Tara as well as Tara's better half. Childhood friends and now a family of 4, it was hard for Donnie to not start the inevitable and write on the blog. From personal stories, to his stance on medical marijuana, to crazy celebrity news, he promises to keep it interesting. Well that's what he says. Connect with Donnie on Twitter.