Living in the Orlando area, I often get to visit the local attractions.  Much less often than when the girls were younger, but still, several times a year you will see me posting from some of the best attractions in the area.  When I saw the invite to the Facing Fears Together press trip organized by Two Traveling Moms, to do Halloween Horror Nights 24 (HHN24) with some bloggers I enjoy spending time with and realized I could bring Donnie with me, I had to say yes.  I mean, all the years that I have gone to Halloween Horror Nights I will admit, sometimes the lines just kill me.  So to be able to do a press trip and experience the RIP tour where lines are practically non-existent, it was something I couldn’t pass up. 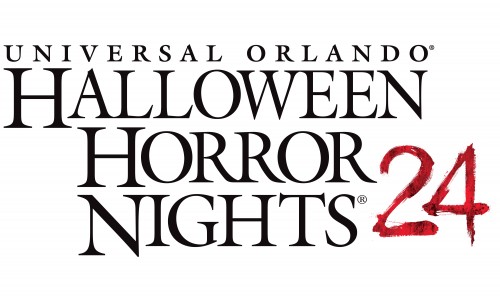 W arrived at the park and were brought into the Horror Make Up Show waiting area to talk with the Creative Director of Entertainment and of this years Halloween Horror Nights, Mike Aiello.  He talked to us with passion and excitement as we were about to embark out into the scary world he created.  Universal started casting in June and hired about 1,000 people for this years Halloween Horror Nights 24, and they have that many “scarers” out in the park on any given night. 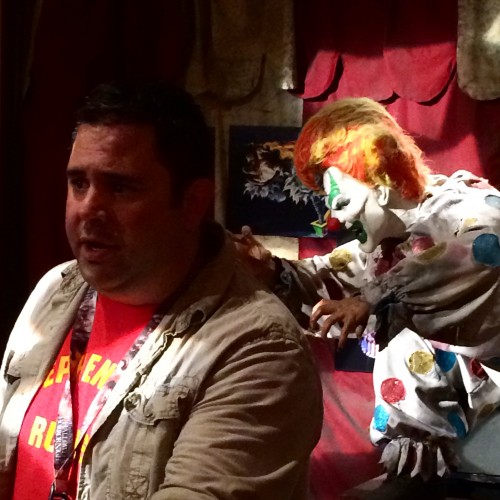 Mike shared, “I have been with Universal for 18 years.  I started working for Universal in 1997 as a scareactor.  HHN24 includes eight fully-immersive, startlingly-real haunted houses, two live shows and scare zones filled with hundreds of horrifying “scareactors.”  The street is also awesome.  Walking through and seeing the characters and the make-up is really cool. 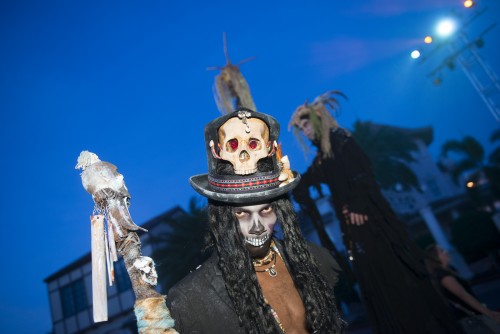 They are super good at working together to have your attention looking one way and then having someone ready to scare you the other way. 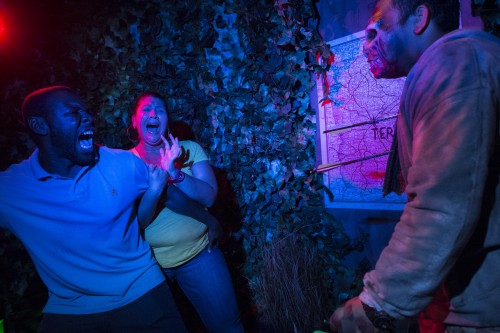 Here are some of the houses and things you must see when you are visiting Halloween Horror Nights 24!

Follow in Michael Myers’ footsteps as he begins his historic night of horror.  John Carpenter’s classic original film comes to life – just as yours is coming to an end.

In the largest haunted house Universal Orlando® has ever created, you’ll journey through the most recent season of AMC’s The Walking Dead from the prison on your way to Terminus, dodging flesh-eating walkers every step of the way.

Avoid becoming collateral damage in a violent and savage battle between two horrific extraterrestrial species.  Whoever wins… we lose.

Based on the hit TV series, chaos reigns inside this remote biker bar as you discover it’s filled with an ancient race of bloodthirsty creatures.  The ordeal will leave you drained – in more ways than one.

Your demise could come from bloodthirsty vampires or the attacking Turks as you attempt to survive the terrifying journey that turned the one-time hero into Dracula. 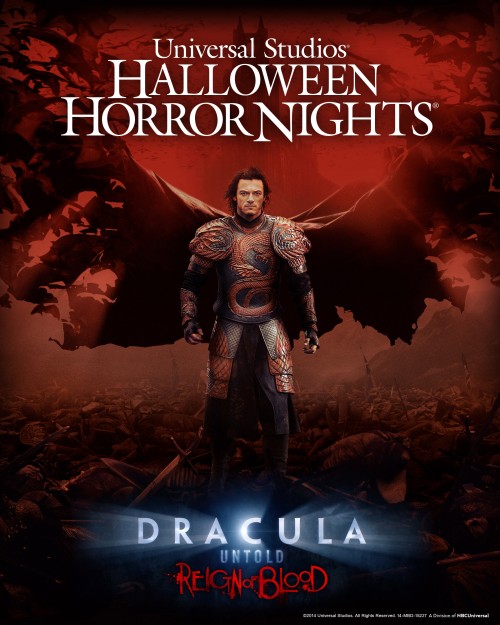 Once you enter The Purge: Anarchy you’ll be lucky to just survive the night.  In this unique experience inspired by Universal Pictures’ new thriller, turmoil and pandemonium awaits those vulnerable to masked vigilantes in search of new victims.

You’ll be surrounded by the most terrifying creatures from the minds of some of Hollywood’s most talented Special effects make-up artists in this gruesome, immersive experience.

“Dollhouse of the Damned”

Those who enter risk becoming one of the unfortunate souls with no hope of escape.  Surviving the malicious dolls who wait inside will be anything but child’s play. 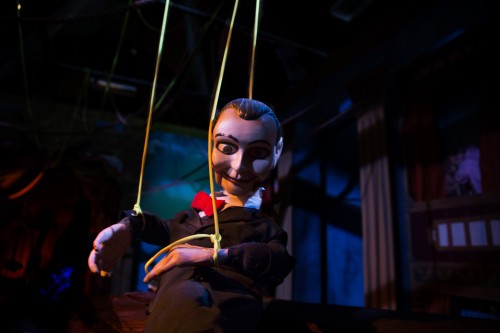 Evil clowns are not born…they’re made.  The joke’s on you as you explore an abandoned factory where body parts fly and evil clowns are assembled from what’s left. 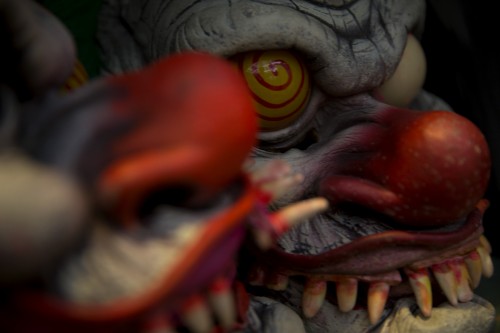 “Bayou of the Blood”

Venture into the Louisiana bayou where practitioners of voodoo are seeking unwilling victims for the night’s ritual sacrifice.  Will you make it out alive, or will your blood be spilled on the sacrificial altar? 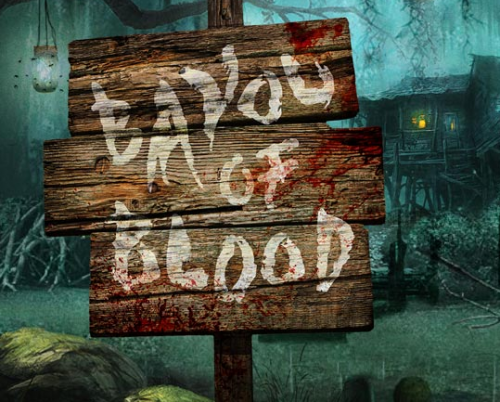 Party on as those two most excellent dudes return to skewer the biggest names in politics, show business and pop culture. 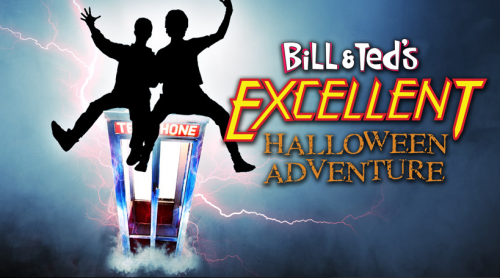 Tickets are on sale now and can be purchased online at HalloweenHorrorNights.com/orlando.  Tickets start just $95, but Florida resident rates start as low as $45.99.  However, I cannot stress enough that I would do all I could to do it right if I were to come with my family and/or friends and do the RIP Tour!

You and your party of up to 10 guests will take part in a guided walking tour of a single Halloween Horror Nights event night.  As the party consists of just your guests, the choice is yours as to how to spend your evening.  Your RIP Guide can tailor the tour to the interests of your party to include not only the haunted houses and shows, but all available regular park attractions as well. Private RIP Tours depart nightly at 7:00PM and last until park closing, with a 30 minute break mid-way through. 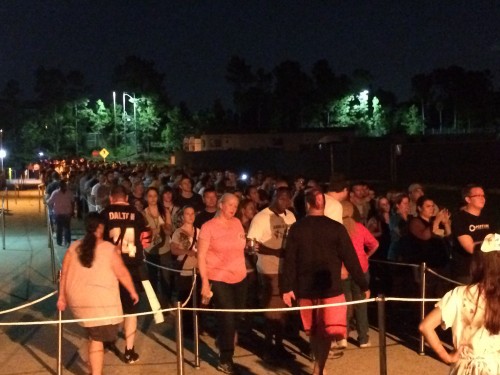 That is how we did it.  Looking at the crazy lines and learning that it’s not unusual to wait in line up to 3 hours for some of the houses, I really can’t imagine.  However, one of the tour guides mentioned that there are so many people that wait all year for their night to come to visit, so after waiting months and months, 3 hours is really no big deal.  I’d say, if you’re going to do it, do the RIP Tour.  Or at least the Express Passes.

My favorite house was by far the Dollhouse of the Damned.  It was super creepy, and I am one of those that don’t get scared very easily.  This house totally creeped me out. 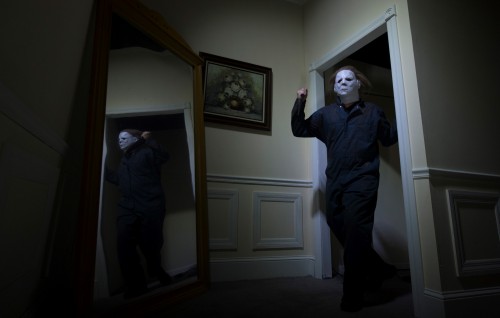 Second would be the Halloween house.  I mean, this is just disturbing….the screams throughout this house were the loudest! 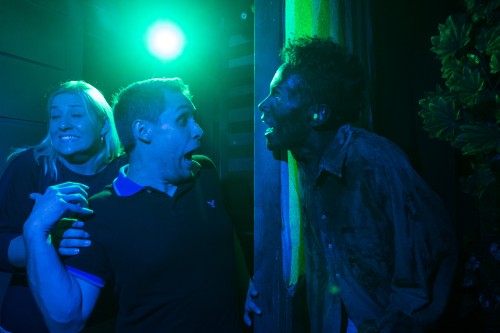 I am not a Walking Dead watcher…I know, shame on me, but I just couldn’t get into it.  However, fan or not, this house was pretty awesome.  And going through it with a friend that is totally a fan, she was amazed how perfect everything was to the show.  This house is always the most popular, so try to hit it first!  Well, unless of course you do the RIP Tour, then no wait at all.

Halloween Horror Nights 24 will be going on until November 1st. 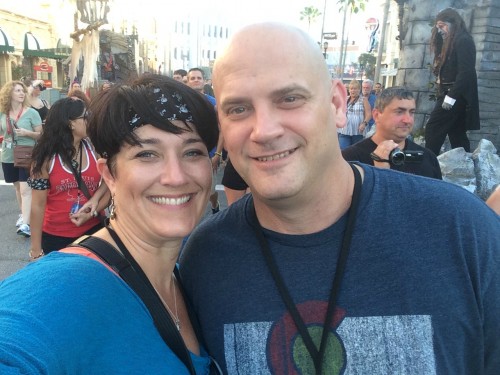 *I was invited by Universal Studios Resort Orlando on a press trip to experience Halloween Horror Nights 24.  The RIP Tour was part of this trip.  All opinions expressed are my own.  All images are courtesy of Universal or my own.