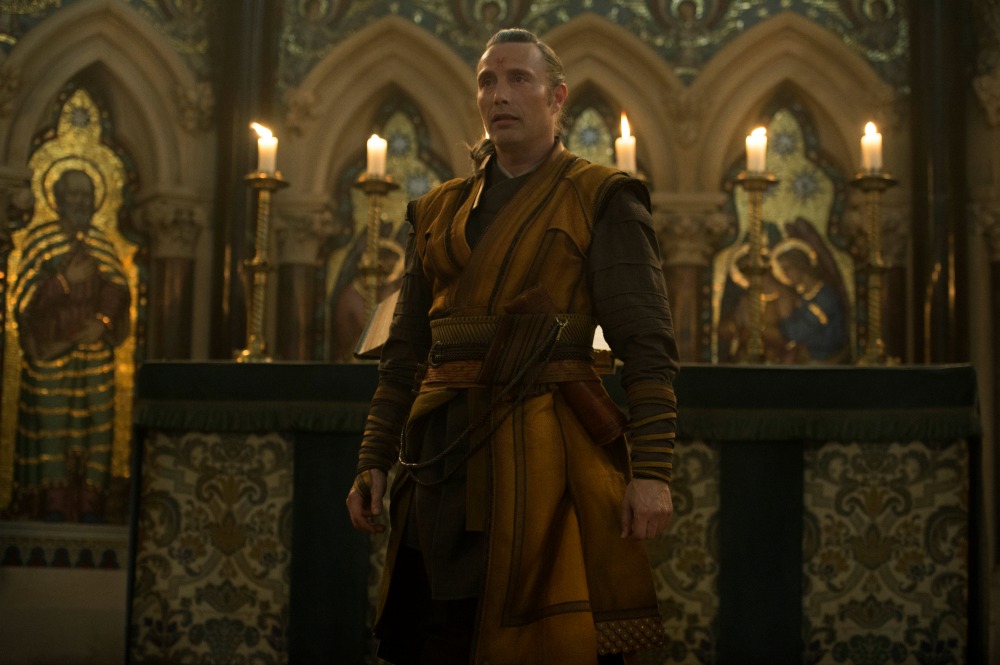 As Kaecilius, Mads Mikkelsen is like many students at Kamar-Taj. Kaecilius arrives at the mystical compound seeking the secrets of The Multiverse. He turned his back on The Ancient One and her teachings when he believed certain knowledge was being kept from him. It’s within these forbidden powers Kaecilius sees the answer to all mankind’s suffering—the ability to alleviate the pains of the human condition. Kaecilius, joined by his Zealot followers, will use every malevolent tool at his disposal to see our reality melded with shadowy powers of this other dimension even if it leads to the destruction of existence as we know it.

Will you be collecting yourself as a toy figure?

I’ve been waiting 51 years for that. So I think yes, yeah? 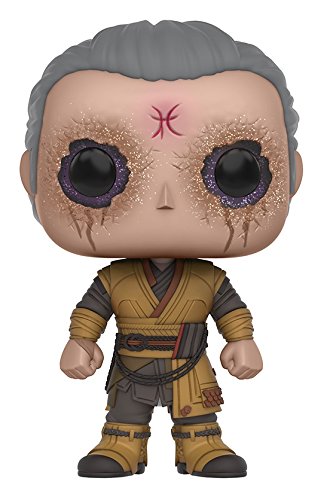 Do you prefer the villain or the superhero?

Grabbing the Doctor Strange figure from the table – 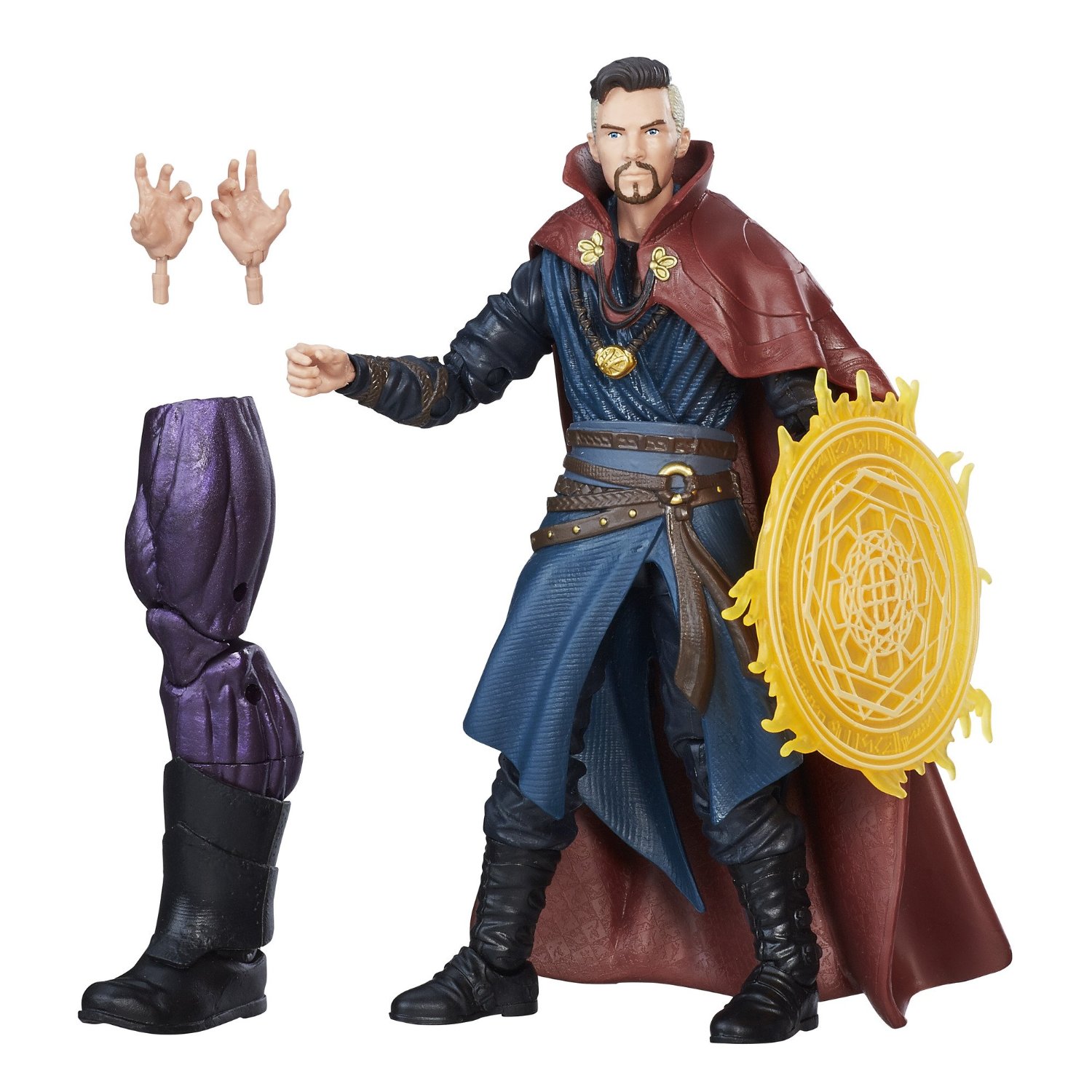 I wouldn’t mind playing this character. I mean, not saying he’s doing a bad job on that. So, I’ll take the villain. I mean, concerning playing characters, I think that any good hero or any good villain has to be interesting, having both sides of the coin. And I think that’s what Marvel always does, right?

For your look as Kaecilius, what was it like going through that transition?

It was fantastic. I mean, we went to do some of the tests, and we were doing the makeup. I insisted on bringing the costume and have it on when we do the makeup, just to see how it looks together, right? And they were spot on. We were sitting in there for hours trying out this makeup, and I was like, “Oh god, do I really wanna do this every day?” You know? Uh. But then it turned out so fantastic, I was like, “Yeah, that’s it. Three hours every day, we’ll do it.” It’s worth it, really.

Not always. Between two and three, depending on how tired we were.

How does it feel to have your name cemented in the Marvel Universe as well as in the Star Wars Universe?

Good answer. We all laugh.

Do you think you have been typecasted as a villain due to your phenomenal performance in Hannibal?

Well, I am to a degree over here (in the States). If the alternative is not to work over here, I’ll take the villain. And luckily I do a lot of different things back home in Europe, so I’m not starving in the sense of like, why am I always the villain? If it’s this kind of villain, I’ll take it any day.

Not to compare at all, but some of my favorite actors have been playing villains as well.  I mean, Christopher Walken is a hero of mine. I think he can somehow make the villains likable. Whether it’s his personality, or it’s that he chose a part that was dualistic written, so it makes sense. It’s just that some of the great actors can do that. The Joker is a fantastic example. We love to hate him, you know?

Did you have to do a lot of preparation to play Kaecilius?

We had a lot of preparation, from the very beginning, with the stunt guys. And for the stunts, we were taught some basic martial arts things. Like some moves that we will do again and again in the film. And having fairly small people teaching us bigger people to do things on the floor like that we felt like fucking clowns, right? But I think we did our best, so it was a long preparation period.

Why did you want to take on this role?

It’s Marvel. I mean, Scott was pitching on the phone the story, and then I remember he said, “And then, it’s a lot of, you know, a lot of Kung Fu stuff, flying, but don’t worry, we got stunt guys for that.” I was like, “Wow, hold, wow, wow, hold on, what’d you say?” “We’ve got st-.” “No, no, rewind back, Kung Fu, I’m on.” He laughs. So, it’s like Marvel and flying Kung Fu, I was like, I think that could be a yes. Yeah. I’ve always wanted to be Bruce Lee when I was a kid. And now wait until I was 51 years old to be a slightly older version of him, less good of course. But, it was fun. It was something I’ve always wanted to do when I was a kid.

What’s next for you?

Just this doing the press and promotion for Doctor Strange. And then, as you probably know, in a few weeks, we have Star Wars coming out. Laughing. They own me. 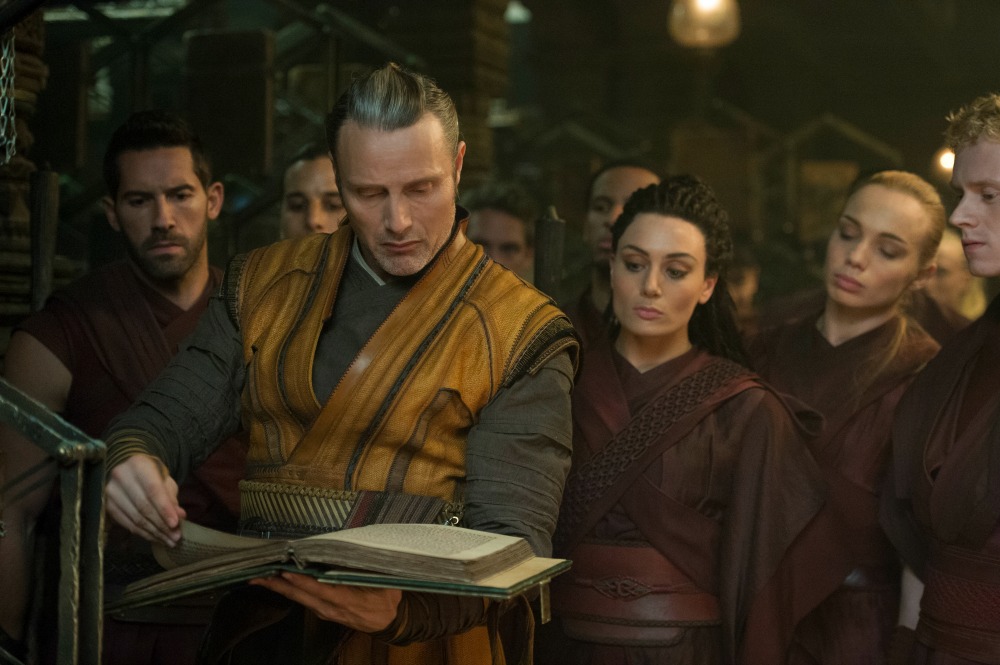 Be on the lookout for a future post where I will be sharing spoiler quotes after the movie release on 11/04/16.