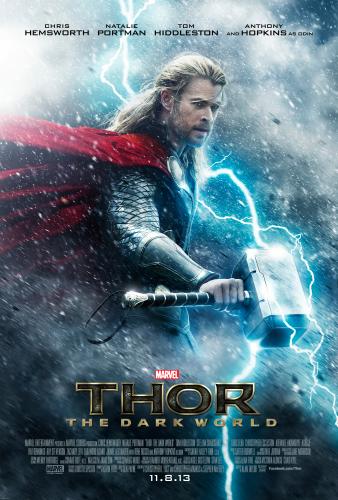 Chris Hemsworth, really, need I say more?  I am a huge Marvel fan, and maybe it’s not just the entertaining adventures the movies bring to the big screen.  I mean, they always seem to cast their characters just right.  November 11th will be here before you know it, but just to hold us over, check out the recently released new TV spot “Return of an Avenger” for Marvel’s THOR: THE DARK WORLD!

THOR: THE DARK WORLD releases in theaters on November 8, 2013!

*Disney provided me with the material for MARVEL’S THOR: THE DARK WORLD to share with  my readers.  All opinions are my own.