A few years back I had the unique opportunity to do some radio promoting of an up and coming country music artist.  During that time I was extremely lucky to work with radio DJ Wolf Bowers and his young side kick Clint Robinson, that was still in high school who used the radio name Just Joe. 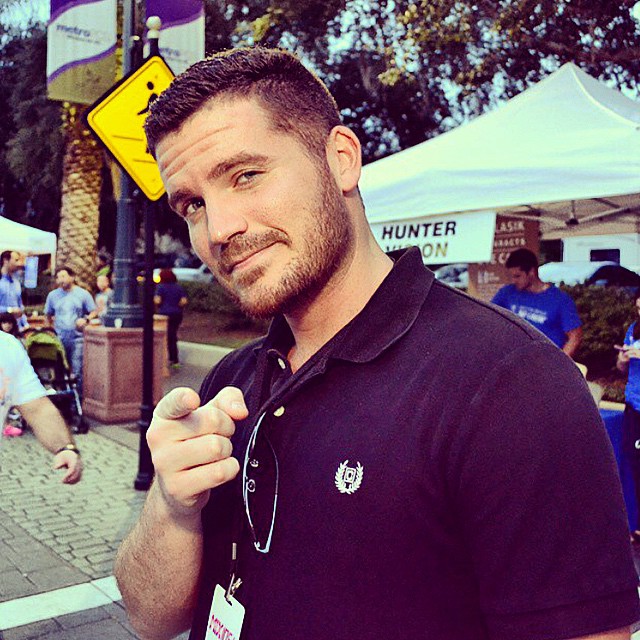 I had a blast hanging out with these two and wish I could share some sound bites from back then, for there were times we’d tinker on getting ourselves in trouble based on how far we’d take a topic of conversations.

Well Just Joe is all grown up and goes by CJ now.  He is currently Orlando’s hottest afternoon DJ for Mix 105.1.  A prime time slot for such a young man, yet don’t let his age fool you.  He has earned his keep for he’s been doing this now for 10 years.  I still call him a friend, and though we haven’t had any air time together in a while, I would not ever rule that out.  I am very excited for all the good in his life and asked him if he’d be willing to grant me an interview so I could share him with all my readers.  So here you go! 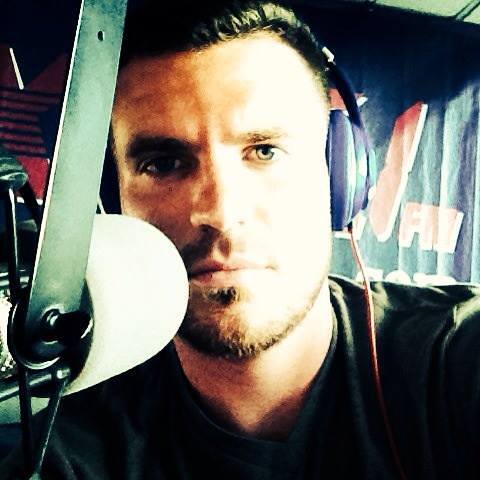 BIO: Clint J Robinson (CJ) was born in Ocala, Florida on July 29th 1990 to Patricia and Daryl Robinson. He is the youngest of 6 kids with the oldest sister being 20 years his senior. He prides himself on being a family man with having 7 nephews and 6 nieces with the oldest nephew being 21 and the youngest being 9 months old. He always knew he was destined to do something greater than a 9-5 with his life. At a young age, he’d put on talent shows for his family in the living room and joined the school choir in elementary school where he would act, sing and even dance in school performances. In middle school, he continued to do talent shows despite the bullying he’d receive for singing and dancing in front of his peers. Rather than let the voices of his peers defeat him, he took those words and used them as fuel to achieve success in high school in the performing arts department. He was one of the youngest actors in the schools “advanced acting” program and was in numerous shows, musicals, skits, and TV production videos. He is a member of the International Thespian Society as a National Honors Thespian. In his junior year of high school, he landed a job with a local radio station  WTRS and was put on air with Wolf Bowers on the all-request night show “The Back Porch Party.”

After a few years on WTRS he moved to the sister station, WFMQ, which had just flipped format to Hot AC and there he did the afternoon drive shift every afternoon while attending college classes each morning at CFCC (now College of Central Florida.) After a few months in afternoon drive, CJ landed a job with CBS Radio in Orlando on the legendary HOT AC station, MIX 105.1. He held down the midday shift for 3 years while handling social media for the CBS Radio Orlando cluster. In April of 2015, CJ moved to afternoon drive where he can currently be heard every weekday from 3pm to 7pm.

So when you are out of the studio, what can we find you getting yourself into?

Soccer, music, home improvement, recently I became interested in reading books! How crazy is that? No kindle for me. I enjoy learning about wine and the different kinds.

What is your favorite Orlando hotspot?

You can usually find me in Baldwin Park on one of the patios at Calibri or Gator’s Dockside. 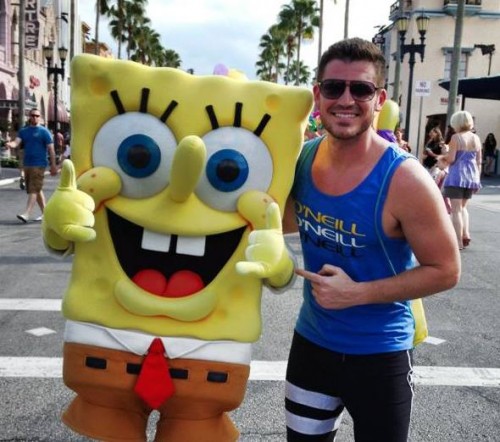 Do you have a favorite Orlando attraction?

Universal Studios will always be one of my favorite places. I recently started enjoying roller coasters, so on a nice afternoon, you can find me there.

Can you share a little about how you started at such a young age in this business?  How old were you when I met you working at the Ocala, Florida country music radio studio WTRS 102.3?

I was 16 when I started at WTRS and my boss (Shane Finch) was my neighbor, and he asked me one day if I was looking for a job and I was initially supposed to learn how to board op and set up live broadcasts, but I never had to do any of that because I apparently made a lasting impression with Wolf Bowers and he put me on his night time show “The Back Porch Party.”  I was on the air in Ocala for 5 years.  I was a kid still growing up and I was able to do so in the coolest way possible…on the air! I taught Wolf a lot about MySpace and social media. Now he’s on more than me!!! Well, Facebook…not MySpace haha. Also I am thankful to Bobby Smith for taking a chance on the kid from Ocala. 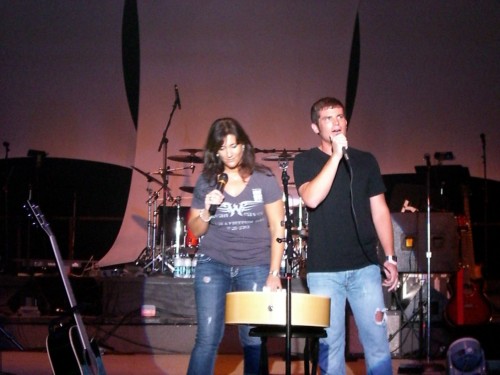 Talk a little about your love for music and what brought you to Orlando?

I have always loved music. My parents always sang to me as a kid and there was always music playing in my house growing up. My mom would play the entire discography of Alabama every weekend and so I went to a lot of country music concerts. But I grew up in the age of *Nsync and Britney Spears so I grew up loving pop music and my favorite group from the 90s was the ATeens. They were a Swedish pop group who had some pretty big songs in the US. I moved to Orlando when I realized I was ready for a bigger challenge and more responsibility. It was the best decision I could have ever made.

What have you found the biggest difference from working in Ocala where you started to where you are now? 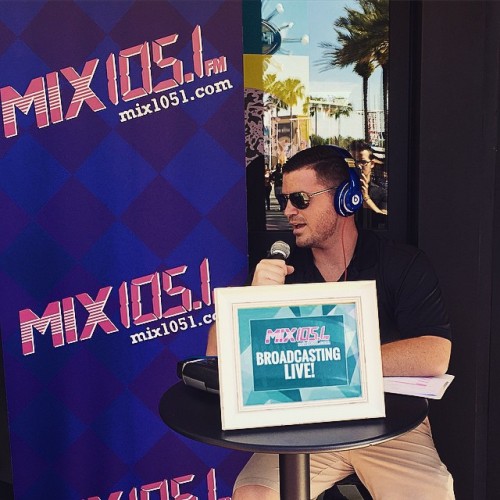 The biggest difference is the amount of work I have to do in Orlando. Each week, I have a broadcast on Friday nights and there are usually multiple appearances I have to make each week. I’d say usually, my only day off is Sunday and sometimes I even work then. But I love what I do, so is it really work? 😉

Where do you see yourself in 5 years?

In 5 years, I’d like to have my own segment on TV. I’d like to imagine I’d be in LA doing radio and TV but who knows! I could end up really having separation anxiety and stay in Orlando!

You had the biggest crush on Taylor Swift.  Do you still adore her as much as you did then?  Have you met her yet? 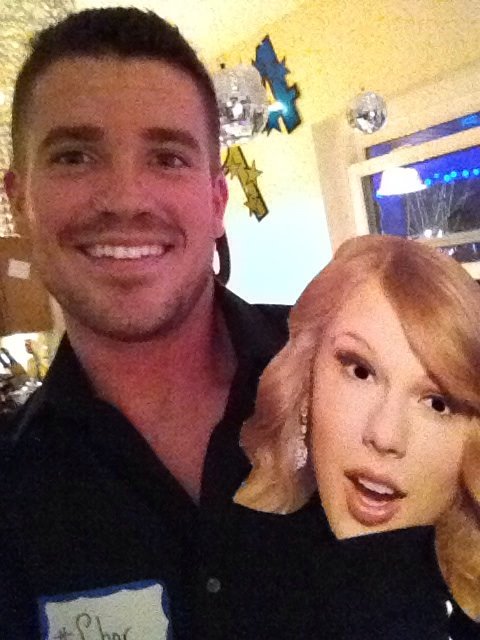 Ah…Taylor Swift. I do. She’s just such an inspiring person and it’s fun to see someone in the entertainment industry, especially a woman able to make a name for herself while keeping all of her clothes on. There’s something about a woman who is strong enough and confident enough in her own skin to keep to her morals. And I get to meet her on the 1989 World Tour this October in Tampa!!!

Who is your favorite celebrity interview?  Why? 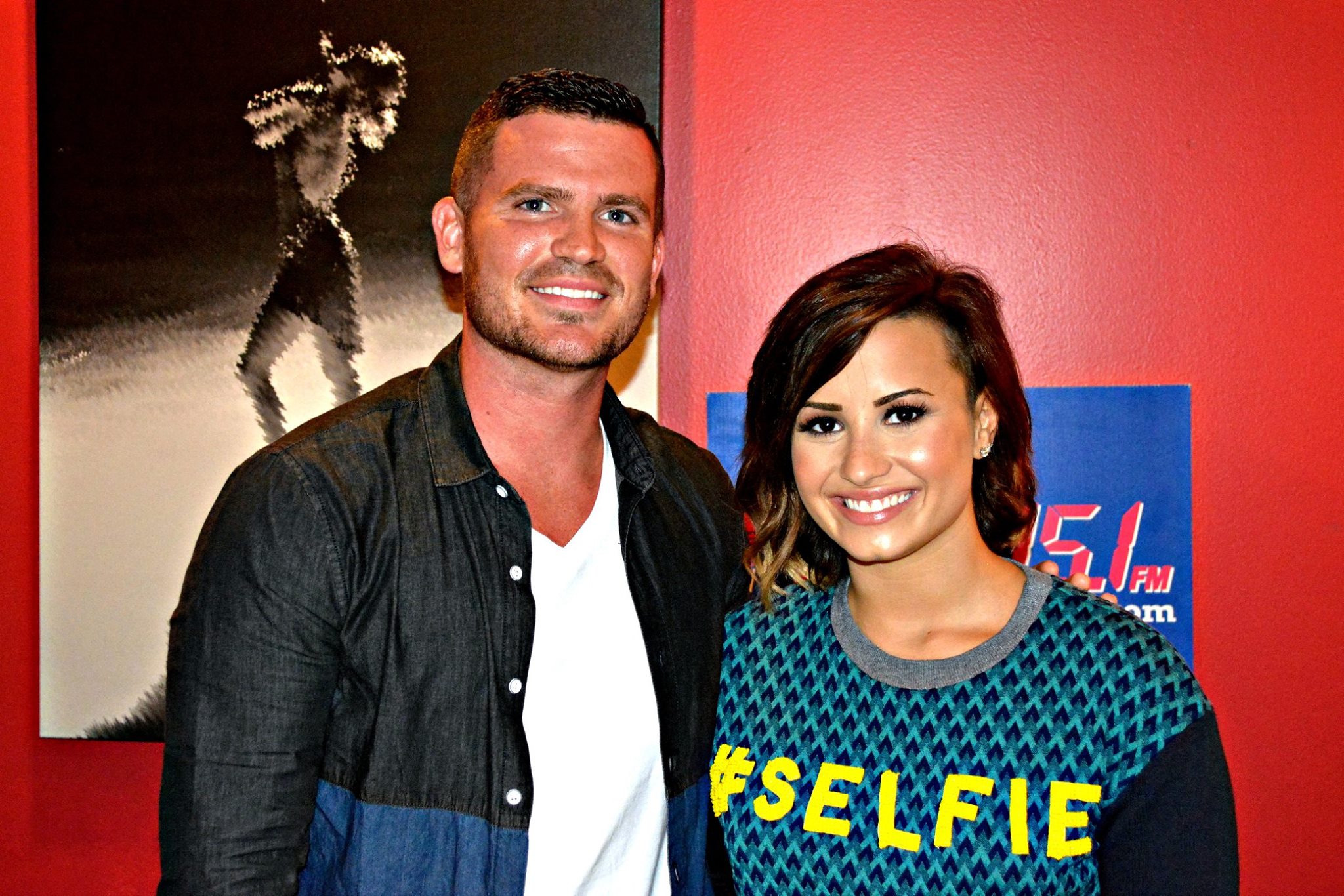 I’d have to say Demi Lovato. She’s been through so much in her life and so many obstacles overcome that it’s enlightening. She’s only in her early 20s and she’s already such a strong and powerful woman. But One Direction was a close 2nd.

Who do you want to interview that you haven’t?

She’s just such a fun, outgoing, and witty person that I feel like our interview would just be us hanging out talking about food or something random. 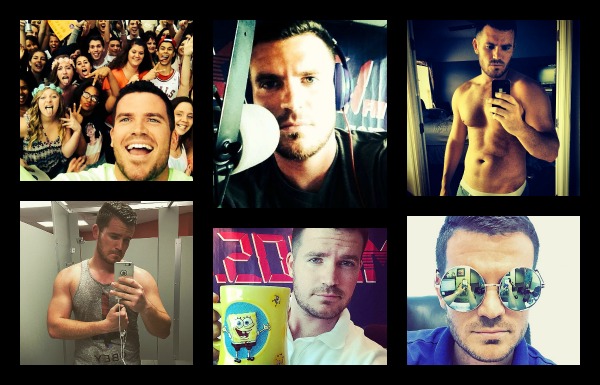 You dabbled in music yourself.  Is that still part of your plan?

First I want to get into television. But who knows! I could land something. Anything is possible to people who are crazy enough to think it will happen.

What music would we find you listening to when you are in not at work?

I listen to a lot of pop music so I stay current on what’s new and hot. Right now, I’m jamming out to HAIM and I really dig that new Carly Rae Jepsen song. But I still love my emo punk like Yellowcard, Panic! At The Disco and Simple Plan.

You have always been a great person, both on the air and off.  You truly have earned all that you have going for you and I totally look forward to seeing what the future holds for you!

I always like to reiterate that if you’re kind to people, they’ll be kind back. In our world there is so much negativity that we should do our best to send positive vibes out into the world.

Very important words to live by!  This guy is going places!  Watch and see for yourself!

Here are a few more of CJ’s video interviews to check out!

Panic! At The Disco interview.
The Fray Interview.

CJ is super social on all his social media platforms and can be heard on the air week days from 3-7 on Orlando’s Mix 105.1.