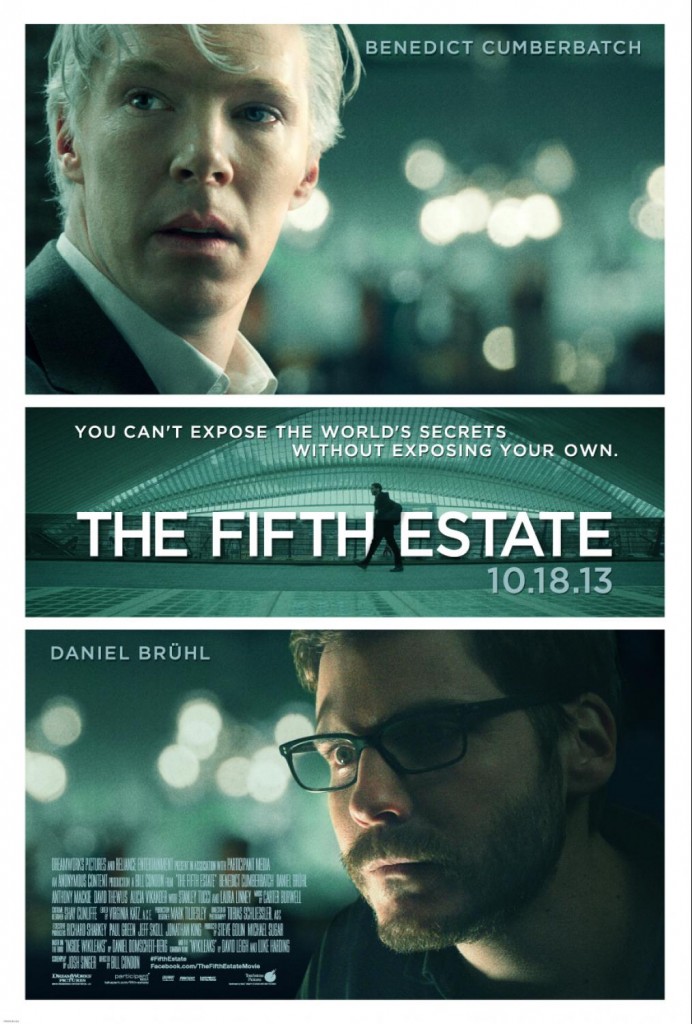 This past weekend I saw a couple of movies.  I always arrive early for I am one of those that likes to see the previews.  I love to see what’s to come.

Both of the movies I saw had THE FIFTH ESTATE trailers, and let me tell you, Donnie and I both looked at each other and said, yeah, that looks good!

Triggering our age of high-stakes secrecy, explosive news leaks and the trafficking of classified information, WikiLeaks forever changed the game. Now, in a dramatic thriller based on real events, “The Fifth Estate” reveals the quest to expose the deceptions and corruptions of power that turned an Internet upstart into the 21st century’s most fiercely debated organization. The story begins as WikiLeaks founder Julian Assange (Benedict Cumberbatch) and his colleague Daniel Domscheit-Berg (Daniel Brühl) team up to become underground watchdogs of the privileged and powerful. On a shoestring, they create a platform that allows whistleblowers to anonymously leak covert data, shining a light on the dark recesses of government secrets and corporate crimes. Soon, they are breaking more hard news than the world’s most legendary media organizations combined. But when Assange and Berg gain access to the biggest trove of confidential intelligence documents in U.S. history, they battle each other and a defining question of our time: what are the costs of keeping secrets in a free society—and what are the costs of exposing them?”

“The Fifth Estate” is presented by DreamWorks Pictures and Reliance Entertainment in association with Participant Media and is produced by Steve Golin and Michael Sugar, with Bill Condon directing. The screenplay is by Josh Singer, based on the book “Inside WikiLeaks” by Daniel Domscheit-Berg and the Guardian book “WikiLeaks” by David Leigh and Luke Harding.

Here are a couple of newly released clips of THE FIFTH ESTATE.  Tell me, what do you think?

And here’s a new featurette with an interview from the amazing Laura Linney. 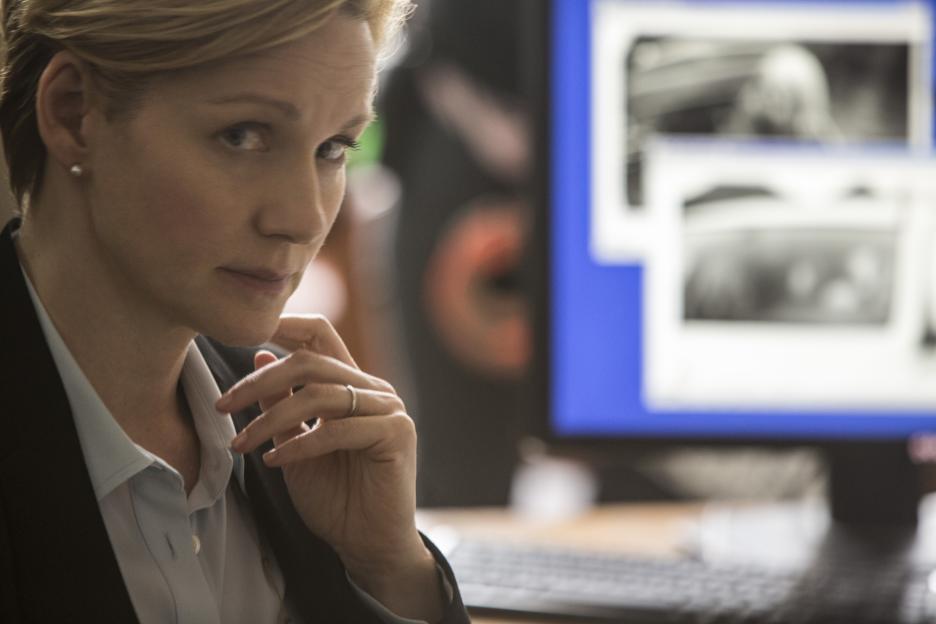 ***The Fifth Estate refers to citizen journalism. “Fifth Estate” is used to describe media outlets (including the blogosphere) that see themselves in opposition to mainstream media (the official press), any class or group in society other than the clergy (First Estate), the nobility (Second Estate), the commoners (Third Estate) and the press (Fourth Estate). It has been used to describe civil society, the poor or the proletariat.***

THE FIFTH ESTATE opens in theatres everywhere on October 18th!

*Disney provided the material to share with you for this post, however, all opinions are my own.