Seeing the Once Upon A Time Season 6 premiere during a recent event. I am not going to give any spoilers, but I will share what the creators I shared as much as I could in a previous post from my interview with Once Upon a Time Creators Adam Horowitz and Eddy Kitsis. I wanted to give you just a little more info about Rumbelle and what to expect in Season 6. 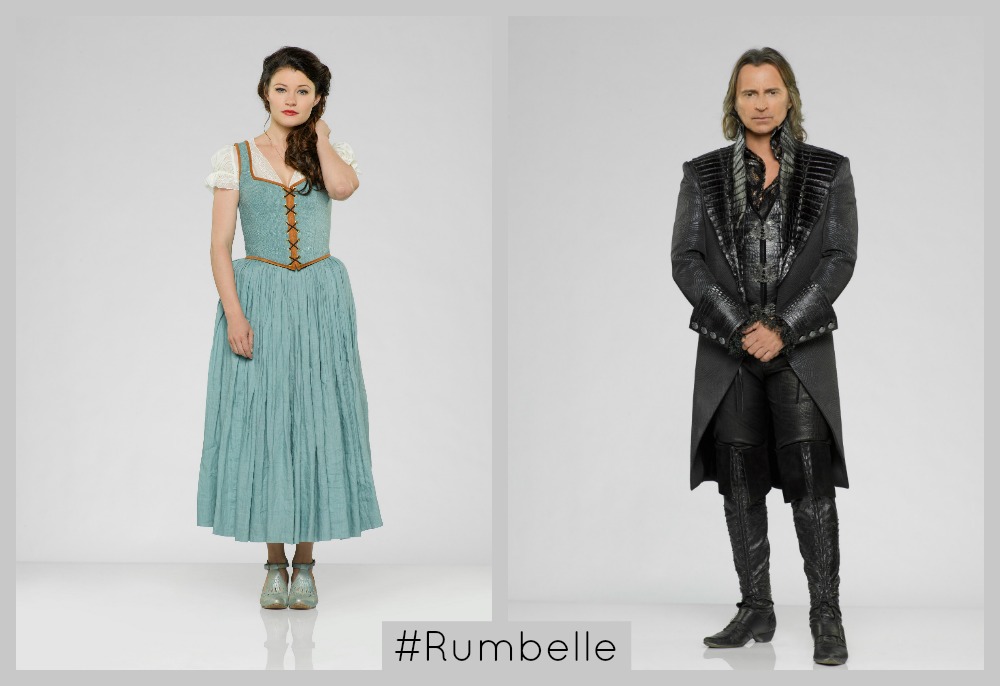 Rumbelle: What to expect Season 6

I left out a portion of the interview with creators Eddy Kitsis and Adam Horowitz I shared with you a few days ago. They talk about a few things that would have been a spoiler if you hadn’t seen the first episode. Now that it aired, here’s a little more on Rumbelle and what you can expect in the upcoming season.

Can you also talk about the tension in Rumbelle’s relationship? And what Belle is hoping to achieve this year?

Adam: I think that Belle is in a place on where she’s given up on Rumple, but they have a child and so that makes things messier. Because once a child is involved you have to put aside your feelings and put the child first no matter how much you hate the other person, and that is going to be tested. I wouldn’t say that she hates him, though I would say she’s severely disappointed, and she seems outraged with him. And I think that anyone in a relationship usually can experience that. Like when you love someone that the strongest reactions you get are hate because of terrible disappointment. So because they’ve had that love between them, what’s happen to them is so terrible and has ripped them apart in such a difficult way, she’s struggling now with how to move forward in life because Rumple has positioned himself in a situation where it appears to be an unbendable relationship. So Belle has to figure out, how do I give birth to this child? How do I raise it? What do I do with his father and the fact that I love this man and have these feelings?

Eddy: And there’s the psychological fact that Rumple lost his child, and so it’s evident that he truly loves Belle, and he truly wants that child. He truly wants to be a good dad, but he is a gangster, he’s not giving that life up. And that’s what he said to her. He’s like, I like the life. So you either have to realize that this is what I do. As far as Rumple’s concerned, this is art. These deals and screwing people over is what he does best. He can’t. What he came to last year was this is, “who I am?, and if you want me to be a better man, I am, but I can’t be a different man, and I have to accept the fact that this is who I am.  I’m never going to be Regina, off trying to be a hero. I am going to be constantly, you know, in a gray area,” this is where I think he resides.

Adam: Yeah, and I think what’s interesting to us in exploring those characters, and Rumple’s is something you saw in the premiere where when they’re in the dream world, and she asks if, he came for her. He says, “for you; I would try. I’ll be the best man I can be”, which is a very carefully chosen set of words. He’ll be the best man he can be, but he can’t quite get to that place of actually being a good man. But he does become sort of a better man, but he also never really portrays who he is. And that’s the push-pull in that relationship. And she does love him and see the good and the bad in him, and sees the potential, and it’s that frustration that continues to grow, which is if he could just kind of keep going in that one direction it could work. But something always sorts of pulls him back.

Eddy: It’s that gray area is what we like to write. Because if it was just good or there was just evil, the show gets boring. We always wanted it to work on the level of taking the icons into humans. So you’re taking the Snow White figurine off yourself and saying, what would she really be like? And the same with Rumple. And every year I always remind our fans that he warned us in Skin Deep, he was a difficult man to love. And every year people fall for him. And then when he reminds you of that they get upset. So this year will be no different.

Adam:  And it’s funny,  I just saw Beauty and the Beast again this week, I took my kids to see it at the El Capitan. And at the end of the movie struck me. It’s like the movie is 82 minutes long and then they’re together and it’s wonderful. We’re on episode 15 or whatever it is right now. So they’ve got a journey to go on to see whether they get there or not. And that’s the fun of it for us and hopefully the audience, which is exploring these ups and downs, and yes there are a lot of downs in this season. But that’s because we have an incredibly good-hearted character who has fallen in love with one of the most flawed characters on this show. So it’s never going to be easy, and that’s just the nature of what those two are.

Ahhh, right? So what did you think of the first episode? And what do you make of this teaser of what’s to come?

*I was invited by ABC to take part in a screening of Once Upon a Time Season 6, Episode 1 to share my experience with my readers. All opinions are my own.