The Oscars were very exciting for Big Hero 6, as they won the Academy Award for Animated Feature Film and have so much to celebrate!  I shared in my previous post with the directors and what it took to make this film be what it became.  I couldn’t be more excited for their win, and it was super fun to watch people I have gotten to talk to over the last year be up there accepting the award that is arguably the biggest acknowledgement in the industry.  So congrats Don Hall and Chris Williams! 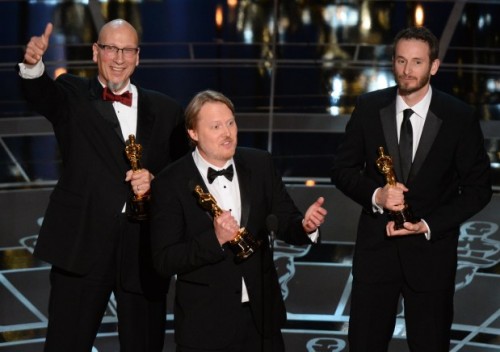 With a great animated film, it’s important to acknowledge the voice actors that bring the characters to life.  It was quite a treat to chat with Daniel Henney, voice of Tadashi and Ryan Potter, the voice of Hiro about working on Big Hero 6 and what is up next for them. 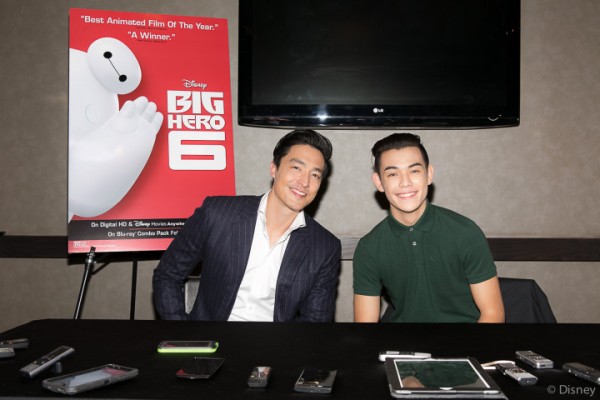 Ryan, how excited were you to work on this film and did you geek out over all the science? 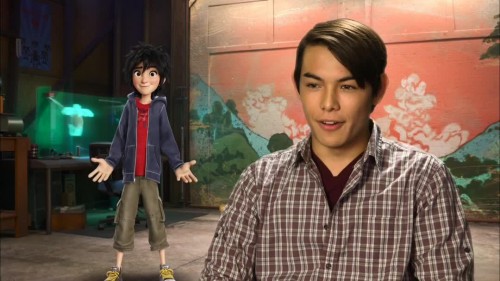 RYAN: Yeah, it wasn’t necessarily a love for, like, robotics and science. It was more for just a love of creating. Within robotics, there’s so much you can create. I had the Lego robot kit…that thing is awesome and I had a lot of models and robot builds and all these different things that I just loved piecing it together. So it wasn’t necessarily a love for robotics and science but more just wanting to be able to kind of put the things that were almost trapped in my mind. To just bring them out and create. It’s very meditative for me to use my hands and to build things. Being able to voice Hiro because that’s literally who I was, four years ago- it was that kid. I think I still am.

So Daniel, you’ve been in a Wolverine movie already, and now you’re in the Marvel Big Hero 6.  Were you a big comic book fan as a kid?

DANIEL: Yeah, I mean, not huge, but I was definitely into them. I was into Spiderman, Incredible Hulk, stuff like that. It’s still very surreal, though. It doesn’t get, like, oh, this is my normal Tuesday…..fighting Wolverine and dying in a helicopter. That’s not normal for me. I mean, it’s still very surreal. This movie was very, very special. You could feel the, the Marvel influence, but it was just a whole other beautiful experience. It was just bigger than anything I’d done before. So I think back, after I finished Big Hero 6, I was like, oh yeah, I did Wolverine, too, so there is a connection there, but I didn’t think about it until afterwards.

DANIEL: I dress just like Tadashi. I always have. I don’t usually wear suits, so like there will be days when I walk out of my house and I’ll take a look in the mirror, and I look just like Tadashi. I wear a cardigan and a baseball hat. But to answer your question, he’s made me a better person. He really has. Living in this world, we get caught up in things and sometimes it’s hard to appreciate every moment like everyone preaches, you know? 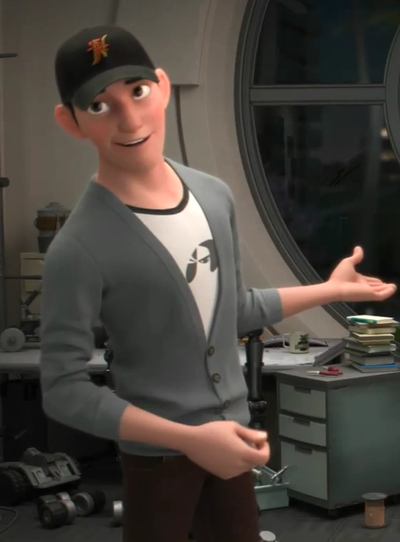 It’s hard. It was a beautiful opportunity for me to go and play this guy who is such a role model for a man should be at such a young age- so smart, beautiful, intelligent, caring, genuine, the ultimate big brother, and he’s very selfless. So every day using your voice- lending your voice to that, I would walk out of that room feeling like I just sat through, like, a therapy session. I wanted to tackle the world. I’d be at the grocery store afterwards, just smiling and ran into people- probably creeping them out. How are you doing today? Like, I’m all right. It was great, you know, so he’s, he’s really helped me a lot.

What challenges did you face in channeling the emotions you had to bring forward.

RYAN: I mean, like I said, I’m Hiro, so, I didn’t go into that room acting at all. I went into that room simply being myself and living in those circumstances. The creators of the film made a really comfortable environment, so I just revisited a lot of things that I felt before. A lot like he said, it was very much like therapy. I was able to kinda purge a lot of things and it was awesome. It was absolutely awesome.

One of the bloggers shared that her daughter is from Korea – I was so excited that you’re making this film and showing another face.  How did that impact you in your thinking about doing the film?

RYAN: First of all, it was a huge honor being able to be the first- do the multi-cultural, multi-ethnic Disney characters, ever. It’s absolutely a huge honor. It’s something with a Disney film, it’s wish fulfillment. It’s every kid’s kinda dream come true to be able to be a part of a film like this and this one is really special because of that- because of how diverse it is, and it breaks the mold. We keep repeating it over and over, but the diversity is what makes it stand up. 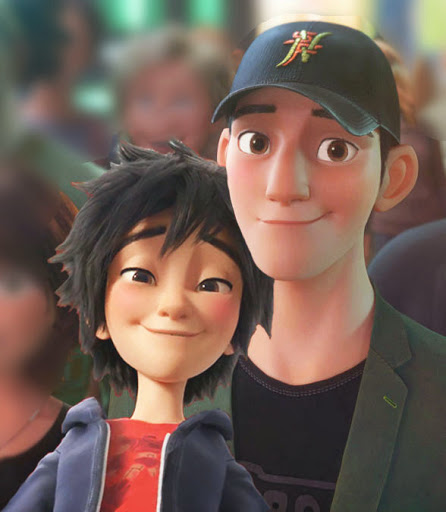 DANIEL: It was definitely on my mind when I first saw the scenario. It’s something I try to constantly think about when I choose roles. It’s very important. I grew up in Michigan and when I was growing up there was no one on TV that looked like me. If there was, they were a martial artist, so they had very heavy accents and I couldn’t understand what they were saying, so it was a weird thing when you’re watching TV and, and my father’s Caucasian and so I had that connection, but yet, I was very much Asian. It’s very satisfying to know that we can do projects like this now that can give children like yours that little moment, and say, oh, I can do that because, you know, they can do that.

How do you feel about the small fan base, like, whenever you see the younger kids, and as your character, and they see you on shelves, what is that like for you? 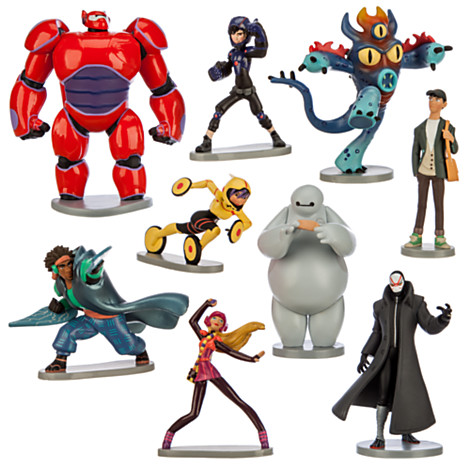 DANIEL: It’s just the funniest thing. I think people think, like, when you do movies this, they just throw a bunch of figurines, like, action figures your way. Like, it’s the coolest thing- let’s be honest, when you do movies like this is to get your action figure. It took me a long time to find my Wolverine action figure because I wasn’t a huge part, but I found it. This one, Tadashi’s not a huge part of it, but he did get a figure. I think I was at an airport- was I in Korea? I was at an airport up in the lounge, and these two kids were playing with Big Heroes, and they had Tadashi. They were like six year old’s, and I got to walk up as the weird older dude. Hey, where did you get that, kid? That’s so surreal to have that moment. It’s very satisfying and fun.

Alright, so what’s next for you guys?

DANIEL: I can’t really disclose much, but I have a TV show I’m probably doing here in the states. I guess it’ll be coming out this fall. Pretty excited about it. It’s another one of those things where, you know, it’s not necessarily a role that you see an Asian-American man cast for, and so I’m proud to bust those doors open a little further. So this will be a big one, and I’m looking forward to it. Hopefully, everything goes well.

RYAN: I applied for college and I love it, all the moms, like, yep, (all us moms laugh) . I applied for an art school, Cal Art’s, it’s like the top. My entire family, they’re all educators. They all had four years of education. They’re all pushing USC on me and, and it just simply wasn’t an option.

*I was part of a press conference to cover the release of Big Hero 6 on Blu-ray and DVD that all expenses were covered by Disney.  All opinions are my own.