While it’s far removed from Tinseltown, Valdosta, Georgia, has its own history in cinema. This small southern town has been providing the backdrop for box-office hits and independent flicks over the years. With scenic beauty, historical buildings, and down-south charm, Valdosta has everything you could want in a filming location and vacation destination. While doing some research we found 4 Famous Valdosta Movie Locations to check out next time you are in town.

For movie buffs, seeing the theme park from “Zombieland” or the courthouse from “As Summers Die” provides a glimpse of how movie magic is made in even the deepest parts of the South.

Perhaps the biggest movie to list Valdosta as a filming location is 2009’s “Zombieland,” which starred Woody Harrelson, Emma Stone, and Jesse Eisenberg.

One of the more iconic moments in the movie takes place when the traveling group goes into a zombie-filled amusement park where they take out some post-apocalyptic beings and, inadvertently, showcase the rides in Wild Adventures.

In addition to the theme park, Wild Adventures has an animal area, hosts concerts, and has many games for all ages, so be sure to stay somewhere close by during your visit.

A historic venue in Valdosta, The Crescent has a draw for its beauty and its inclusion in the 1986 TV movie, “As Summers Die.” The HBO movie stars Jamie Lee Curtis in a dramatic story of segregation, greed, and passion. In addition to The Crescent, “As Summers Die” filmed throughout the Valdosta area, including at the Converse-Dalton House and Brooks County Courthouse.

The Crescent itself was built in the late 1800’s by Col. William S. West and is now owned and operated by a local garden club. It is commonly used for garden classes and weddings.

Sitting in the Okefenokee National Wildlife Refuge is the swamp that played a focal point in the directorial debut of Burt Reynolds in “Gator.” In the film, Reynolds’ character lives on Okefenokee Swamp, making moonshine illegally. He leads law enforcement on a chase through the swamp, later moving on to help take down some criminal activity.

Okefenokee Swamp and Okefenokee National Wildlife Refuge provide visitors with the opportunity to get up close with nature. There are opportunities to take a guided tour or rent a boat to take off on your own. While there are gators in the area, these won’t lead you on a wild chase through the swamp.

While Valdosta’s Wild Adventure Theme Park, The Crescent, and Okefenokee Swamp are easily identified as filming locations, there are plenty of other sights in and around the city that has made their way to the big screen. From the Mathis City Auditorium in “Grandma’s Blessings,” to reality TV spots or documentaries on Valdosta State University football, there has been plenty of action on the big screen. 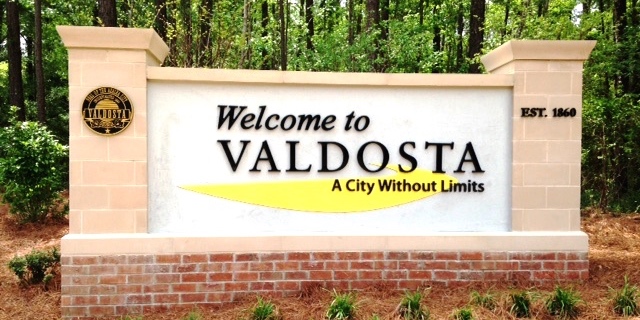 Consider taking a trip to one of the South’s most underrated cities to see locations that have been preserved in cinematic history. With plenty of sights to keep you busy for a long weekend or a weeklong vacation, Valdosta has the accommodations, entertainment, and appeal for your next trip.