Did you know that June is Alzheimer’s & Brain Awareness Month?  Did you know that everyone with a brain is at risk to develop Alzheimer’s disease?  Worldwide, there are at least 44 million people living with Alzheimer’s and other dementias.  Having personally watch someone I love lose their life at a very young age to this horrible disease and since have watched 2 of my friends watch their mother’s lives be taken as well, I felt it was time to use my blog to bring some awareness.

What is Dementia?  Dementia is a general term for a decline in mental ability severe enough to interfere with daily life.  Memory loss is an example.  Dementia is not a specific disease. It’s an overall term that describes a wide range of symptoms associated with a decline in memory or other thinking skills severe enough to reduce a person’s ability to perform everyday activities.

Alzheimer’s is the most common type of dementia.  Alzheimer’s disease accounts for 60 to 80 percent of cases.  It doesn’t discriminate.  Anyone can get Dementia and/or Alzheimer’s and it’s not a normal part of aging although the greatest known risk factor is increasing age, and the majority of people with Alzheimer’s are 65 and older.  But Alzheimer’s is not just a disease of old age.  Up to 5 percent of people with the disease have early onset Alzheimer’s (also known as younger-onset), which often appears when someone as young as 40.

In doing my research I was shocked to see that 2/3’s of Americans with Alzheimer’s are women.  And another fact that kept me wanting to learn more, women in their 60’s are two times more likely to develop Alzheimer’s during the rest of their lives than breast cancer.  And one fact that didn’t surprise me, more than 60% of dementia and Alzheimer’s caregivers are women. 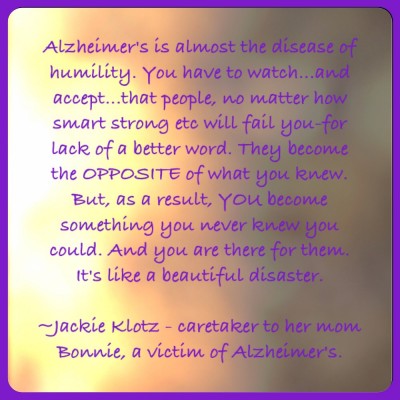 I have sat on this post for a few reasons.  My heart pings and my eyes sting with tears as I think of an aunt that I loved like a mom who died from dementia.  I have gone back and forth on whether to make this post about her, highlight care takers, or share a story of one of my two friends that has been feeling the pain firsthand to this awful, incurable disease.  I instead searched on YouTube for someone I do not know that has a story.  I came across this…and well, it’s really all the same story in the end.  This disease doesn’t affect one person, it affects the whole family.  Take a few minutes and try to understand from a caretaker’s point of view.   This happens to be the daughter of a young mom, that learns a lesson thru the heartache.

Cherish the moment, it’s all that we really have.

So what can I do?  What can you do?  What can anyone do?  I don’t know, that is why I am starting here, on my blog.  I know that awareness is a start.  Learning that this is the only disease that has increased in deaths while all the other top killers have gone down due to medicine and research, early detection, etc. so this is reason alone is enough to want me to help bring awareness.  There just isn’t anything to slow down or stop dementia or Alzheimer’s. 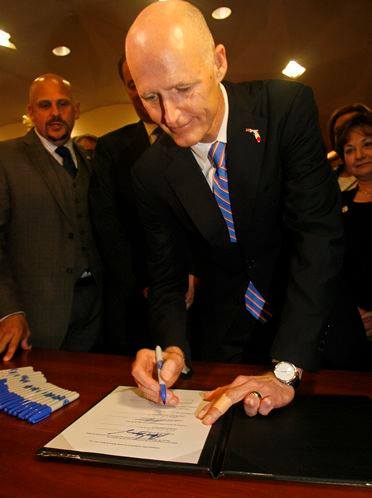 Florida is starting to take the steps for awareness for Governor Rick Scott signed House Bill 709 and House Bill 711, which creates a new Alzheimer Disease research program and further addresses the needs of people with Alzheimer’s and their families that care for them.  Governor Rick Scott said, “Alzheimer’s disease has touched the lives of many Floridians and their loved ones.  By signing this legislation, we further meet the needs of individuals who are battling this disease today, and prepare for the future by increasing research opportunities.  We will continue to focus on improving the health and well-being of Floridians with Alzheimer’s disease while enhancing Florida’s developing research community.” 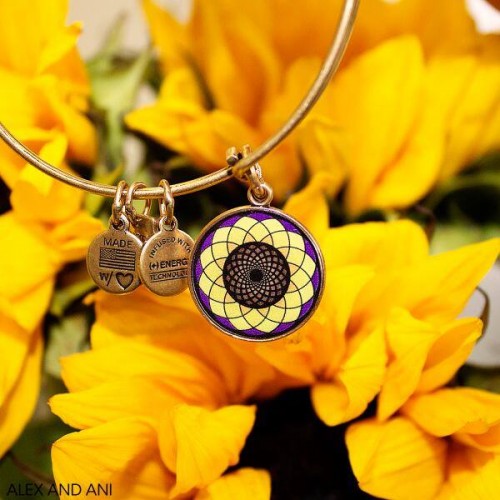 One of the ways I have chosen to show my support is by purchasing the Alex and Ani Sunflower Charm Bangle.  They came up with this design from the Promise Flowers featured in the Alzheimer’s Association Walk to End Alzheimer’s® Promise Gardens, a defining aspect of their longest-running signature event.  The sunflower signifies many of the attributes — strength, resilience and optimism — and they work to help to instill and promote in individuals living with the disease and those who care for them.

Want to help in the battle to end Alzheimer’s?  Through December 2015, 20% of proceeds received by Alex and Ani from selling the Sunflower Charm Bangle, with a minimum donation of $25,000, will be donated to the Alzheimer’s Association to advance research and enhance care and support for those living with Alzheimer’s.

There are many ways to take part in helping with the Alzheimer’s and Brain Awareness Month.  Getting active with any or all of the links below is a great start. 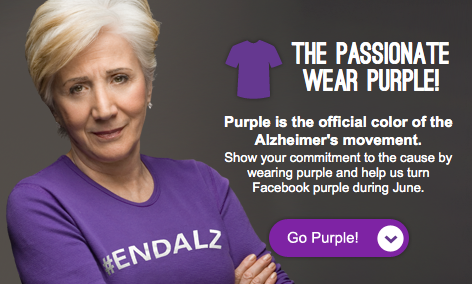