Earlier this year I had the opportunity to talk with Angelia Jolie about her role in Maleficent.  While we were chatting Unbroken was brought up.  I thought  you may want to revisit what she shared. 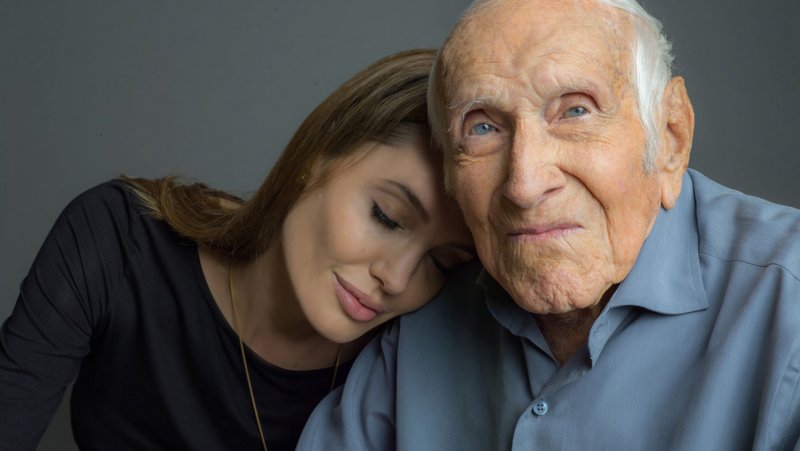 With an upcoming film she is directing that is a story that is very dear to her heart, Unbroken is due to come out Christmas time this year.  This is a story of an incredible man that that’s life story truly changed her.  She is working on making that film be rated for the family to see.

Angelina:  Well on Unboken, it’s a heavier movie, but it is, we’re aiming for PG-13.  And I think it’s very important that it’s for young people, because there is so much out there that is just so aggressive and all that stuff, that there can (still) be entertainment and I’m not against (that).   But I did want to make on Unbroken, because I wanted to do something that I felt was inspiring and that young people would be inspired by.  My boys saw it for the first time the other day and I watched them sit through the whole movie and I watched their heads to see if they’d move.  And they didn’t, and they asked me so many interesting questions about faith, and life, and death, and war.  I think it’s really very important how we can talk to our kids about real life issues, real stories, and (give them) real film about something that makes them walk away from it feeling like there’s a chance and that the spirit inside of them can rise up against anything.  And they can feel good about that, and no matter how they start, they can rise.  And so that’s the message behind that one.

She later did this fantastic interview with Tom Brokaw and Louis Zamperini – it tells the story of how this all came about.  I love this!

Visit NBCNews.com for breaking news, world news, and news about the economy

Unbroken is out on Christmas Day.