I get to see a lot of movies.  With what I do, I often get to screen a movie before it’s released, and a lot of times I will screen things in small theaters or even have it sent to my house.  So when I was invited to do the Into the Woods press junket, I was stoked to see I would be watching the film in the Samuel Goldwyn Theater.  This is THE theater where the Academy Award nominees are announced.  It’s spectacular, and what a special treat to be able to screen this highly anticipated movie in such a gorgeous venue. 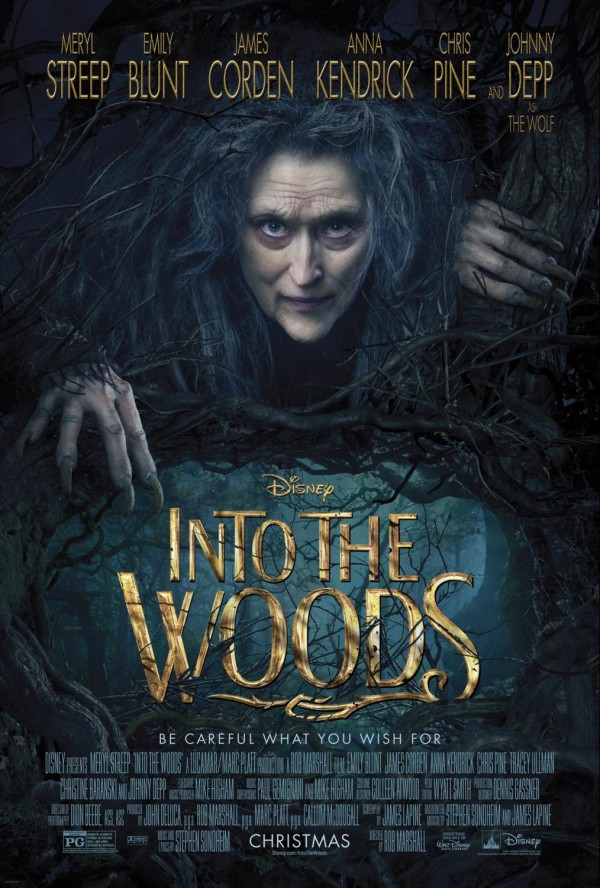 The Samuel Goldwyn Theater doesn’t allow photos, so unfortunately I am not able to share any photos, however, after screening Into the Woods, we were super lucky to have the cast and movie makers do a fun Q & A and I do have those photos to share.  But first, let me share what I thought of Into the Woods. 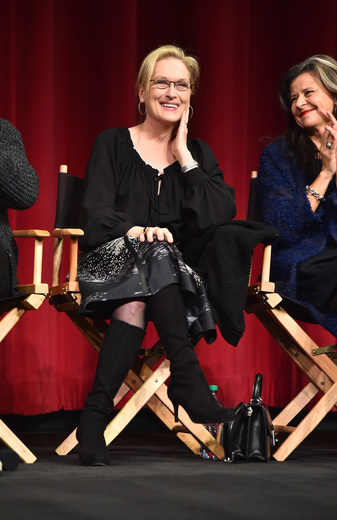 Into the Woods is a musical with music and lyrics by Stephen Sondheim and book by James Lapine.  It’s a modern twist on the beloved Brothers Grimm fairy tales in a musical format that follows the classic tales of Cinderella, Little Red Riding Hood, Jack and the Beanstalk, and Rapunzel-all tied together by an original story involving a baker and his wife, their wish to begin a family and their interaction with the witch who has put a curse on them.

Starring Meryl Streep, Emily Blunt, James Corden, Anna Kendrick, Chris Pine and Johnny Depp, the cast completely blew me away with their voices.  Each one of them cast perfectly in their roles, and though over all there is a dark overtone, I found it to be very funny.

It’s very refreshing as a mom of two teenage girls that Disney has chosen to go a little edgier and making the princesses have a little more to them than just a damsel in distress.  The original Cinderella from this Grimm fairytale is not the same princess we grew up with, and Anna Kendrick makes her strong and one to reckon with.  It’s easy to see that there really wasn’t any other option than Meryl for the witch.  She was made to play this role, and right on time.  She is fantastic!  Emily Blunt along with James Corden, play the baker and the baker’s wife, and the two of them have the perfect on screen chemistry to make the pair fun to watch.  For me, Chris Pine who plays Cinderella’s Prince and Billy Magnussen that plays Rapunzel’s Prince, they have one of the best scenes performing “Agony”, where these two narcissistic men try to outdo one another of who’s pain is worse, over the women they can’t be with.

I think Into the Woods has reminded me how much I love musicals.  I am a new fan of James Corden, and I am excited to see it again with my family on Christmas Day!

INTO THE WOODS is rated PG and opens in theaters everywhere on December 25th!

*I was invited to take part in this Disney and ABC Family sponsored event.  As always, all opinions are my own.