The story of Disney’s The Lion King will always be a favorite. And as I wrap up my in-home release coverage with this extraordinary interview, I am sure you too have to be happy that we can now forever watch this classic anytime. Sitting with the voice actor here’s a special interview of Behind the Voice of Pumbaa with Ernie Sabella. Learn how he got the role and how he and Timon voice actor Nathan Lane won these notable roles that won our hearts through laughter.

Behind the Voice of Pumbaa with Ernie Sabella

It’s no secret that Ernie’s role as Pumbaa will be recognized for, well, an eternity. You know what it means to you, but what does it mean to him? At the D23 Expo, he shared exactly that in this touching moment.

How does it feel to see a whole new generation respond to you as we did over 20 years ago?

I started in 1992, the first session with Nathan. And fast forward to the opening where Roy Disney gave me a watch with Pumbaa on it, which I gave to my dad. He said, “How does it feel to know that every child on the planet knows and loves your voice?” And that’s when it hit me, the gravity and the impact that I might be able to have on kids. So, yeah, it’s a gift, and it keeps giving. I kinda got it this week that it’s not gonna stop. It’s gonna be way after I’m gone. And I love that.

What were your thoughts when you were first approached about the movie?

It was an audition. We (he and Nathan Lane) were doing Guys and Dolls at night (in NYC). It was an audition for something called, I think, King of the Jungle or something like that. They asked Nathan to read for a hyena. He asked, “Oh, are there two of them?” Disney said yeah. “All right, come on,” I said what? “Come on. We’ll read for Hyenas.”

We’ll get this over with. We went in to like a little padded booth. And, read the line and a little improv ’cause we worked together. And then he said something, and I said something. When we got done, we looked up ’cause we weren’t looking at Roger Allers, our director. We’d just look at each other.

I would have loved to have been in that room.

When we finally got done, we looked at him, and his mouth was open. And I thought, all right, let’s just get out of here before he kills us. And we said so goodbye. He said nothing. No goodbye, okay. So we’re walking down to the elevator, and I said, well, at least we have our nighttime job, you know, ’cause we’re not gonna hear from them. And two months later, give or take, Nathan, said to me, “Have you heard about that thing we auditioned for?” I said, no, not me. “You didn’t?” Should I? “No, no.” So I call my agent. I said have you heard about this thing? He’s like, “Oh, yeah, yeah, they, you’re gonna playing a part called Pumbaa.”

What happened in that first session? 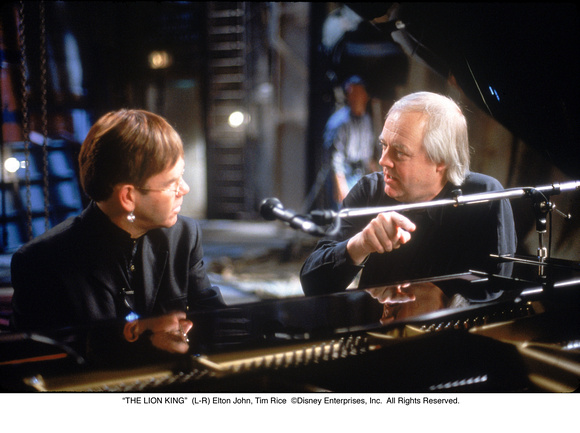 And there is Tim Rice, Elton John, Rob (Minkoff), Don (Hahn), and a big piano. We’re walking very slowly to this piano. And didn’t even want to say hello, might be the wrong voice. (He’s hysterical telling this story.)

Now, they showed us the drawings. Neither one of us is saying a word. And then we get to the piano. “Let’s just read the first scene that you guys appear. And at that time I think I had the first line, which was “He’s so cute and all alone. Can we keep him?” So, I borrowed from, not knowing at the time, but I must’ve seen the Godfather recently.

Michael Gonzo, in the Senate hearing scene, was asked if you were a hit man. And he said I worked Mr. Corleone. I sometimes do this. He says sometimes do that. I don’t know what you’re talking about. So I said, (in a Michael Gonzo like voice) “He’s so cute and all alone. Can we keep him?
Like I’m dead. And they laughed, and then now Nathan has to say his line. His elbow is in my elbow. I remember saying it’s you (under his breath). And he just talked like Nathan. We trended that way, and they kept that way. But although I did tell him after like the second or third session don’t get used to this.

“They’re gonna like what we did, and then they’re gonna go get big stars.” Dom Deluise is gonna be sitting here, okay, because that’s Whoopi Goldberg. That’s Jeremy Irons. There’s James Earl Jones. It’s everybody big. And two little guys doing a show in New York. He said, “No, I think we’re gonna be in the movie.” So that went on for like eight months, nine months.

And now I’m thinking, they haven’t fired us yet. So then we get to Hakuna Matata. And we just kept singing it, you know? And then we came back, another session. Sing that song again. We added this to Hakuna Matata. Not knowing until we saw the first screening, which is half color, half black and white that it was a coming of age, the boy, the teenager, the adult song. And it was really long.

At the end of the song, Hans Zimmer, which I think is very much responsible for the success of this show. Hans Zimmer said to Nathan and me, “You play a mouth instrument?” I said I do. I play trumpet or trombone. “Really? Okay, so at the end just do whatever you want to do.

Can you talk about what it was like recording with Nathan in the booth?

All my recordings, every single word was with Nathan. And they said this is the first time in Disney history that they had done that because of our chemistry. When we did press after the movie was out, people would say, there’s an interesting characteristic about Pumbaa, isn’t there?

Now we’re at a table like this, and Nathan’s right next to me. And there’s a microphone right here, and I said, “Pumbaa is the only Disney character to have gas.”

And Nathan grabbed the mike and said, “Actually, it was Snow White, but we don’t talk about it.” I mean that stopped everything. He’s so quick. 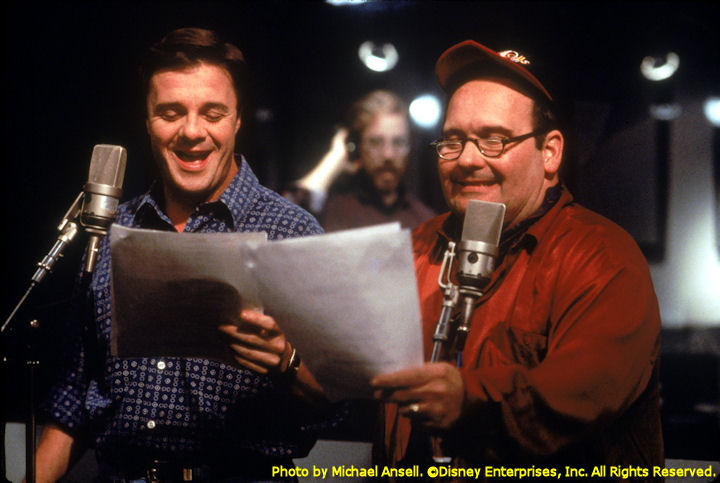 Did the recording session last a little longer?

You and Nathan were constant collaborators.

We knew each other 20 years before. And we did Guys and Dolls. We did A Funny Thing Happened on the Way to the Forum. Mouse Hunt. And we did Lion King, Lion King, Lion King. We did the first 13 episodes of Timon and Pumbaa. And then he said, “I’m not coming back.” Why? “They won’t let me mention Johnny Depp.” Ge liked to, you know, make it contemporary. He thought that’d be funny if Timon and Pumbaa talked about someone who everybody knows.

He said, “Remember the old Warner Brothers movie where they put in Edward G. Robinson and all that? I can’t do that. I don’t want to do it.” Oh. ‘Cause they want to do a whole lot more. “Nah, I’m no “You did a lot of that Timon and Pumbaa, didn’t you?” 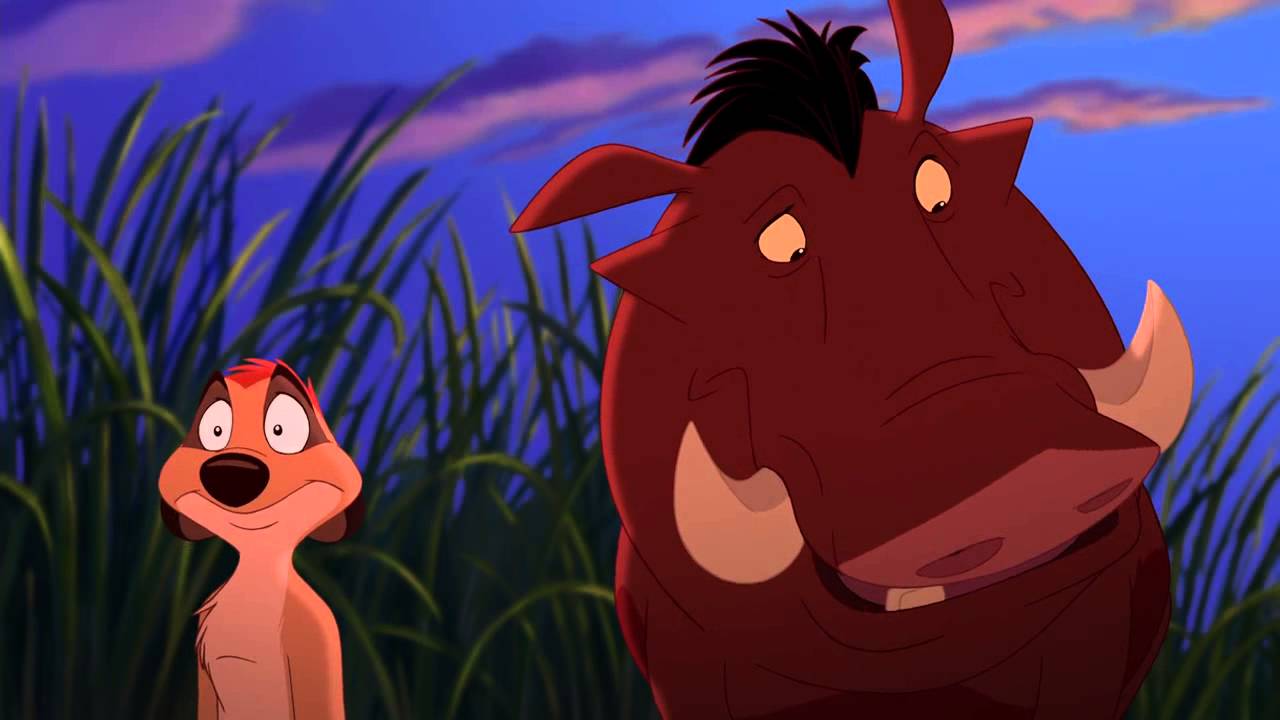 How many did you do with out Nathan?

Do you ever get together and reminisce?

We get together. But he doesn’t reminisce about Lion King. He was asked to come for years, like Cheryl (his wife) and I have come to the parks. And he’d go, “Oh, what?” Yeah, we go down there, and you ride on the rides. “I don’t like rides.” And there are lots of kids. “Oh.”

Yeah, yeah, so I didn’t bring that up anymore. You know, he got married a couple years ago, last year? I said you and Devlin should come on the boat. The boat is fantastic. “Where do you go? I mean you go to the island? Where do you go to get away from everybody?” 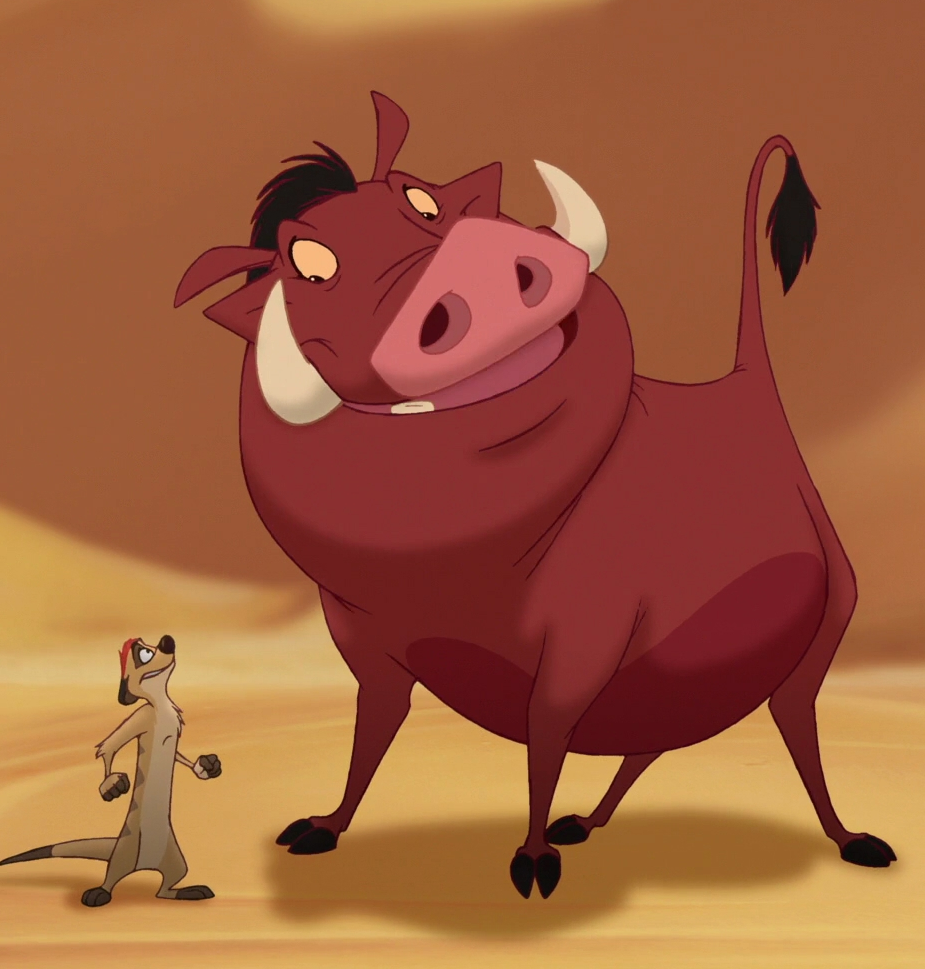 Own The Lion King

*I was invited by Disney to Animal Kingdom as part of the #LionKingBluray and #BornInChinaBluray event. All opinions and fun had are 100% authentic.