I mentioned in a previous post about spending some time at Disney’s Toon Studios for some behind the scenes of the making of Disney’s Planes.  Now I can spend a little more time sharing the great interview that Director Klay Hall and Producer Traci Balthazor-Flynn gave about the process of making Planes. 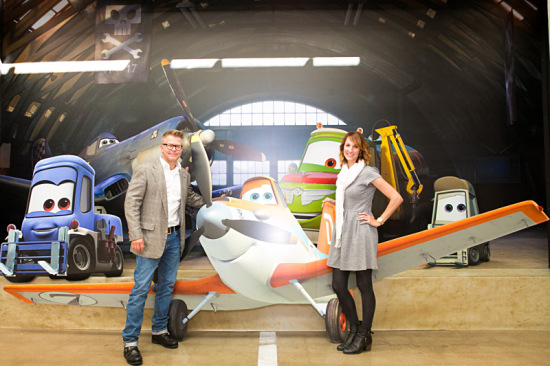 It’s hard to imagine what it takes to make such a production, as I shared in my other post, Klay told us just how John Lasseter,  gave him a call and Planes came into fruition.  Here’s a little more of that interview.

Since Klay was working on a locomotive film when he heard from John Lasseter we wondered if that was next on his plate.

Q:  Do you think you will take the locomotive train further after you’re done with all of this?

KH:  I hope to.  I’m not sure if it’ll be exactly the next one.  Yeah, I mean, you never know.  I would love to tell the story sometime.  Yeah, I love steam trains. Possibly in the same world (as Cars and Planes).

With Planes 2 scheduled to be released on July 18, 2014, we wondered if he worked on the sequel. 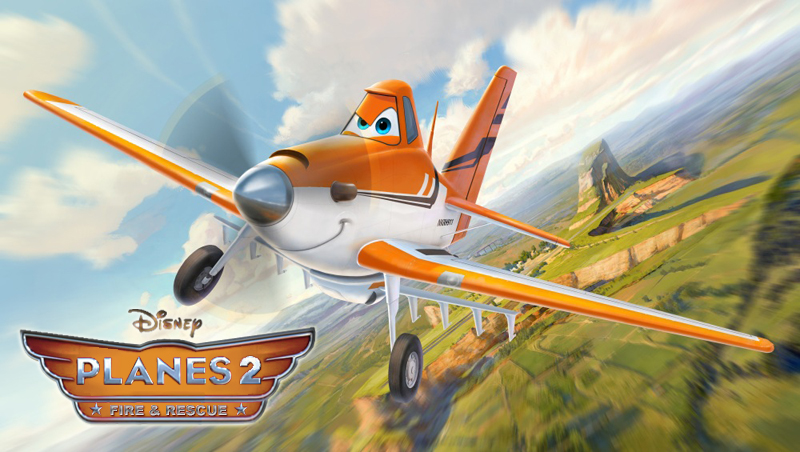 KH:  No, I’m part of what they call the story trust- they trust the directors, and we all weigh in on it and get feedback on it, and I’m pulled in a little bit more on it because it’s coming off the heels of this one.  So a lot of experiences that we’ve learned and things that I’ve learned, I can help inform those guys with heads up kinda stuff, so I’m involved just that way, but not directly involved.  (But after) four and a half years, that is a long time.  I’m ready for some new stuff.

Disney movies are known to have what we call Easter Eggs, where there are clever placements of familiar characters or things from other Disney movies.   When asked to share some, Traci was quick to reply.

TBF:  We, we still don’t like to share those “Eggs”.  Yeah, you know, our team, they love finding little bits to drop in there, and I think if we give them away, (why put them in there)?  I don’t know how many there are because, you know, the cool thing about animation is there are so many steps through the process, all the way the concept and script, the storyboard, (and more).  There are so many places where you can insert things along the way.  I wouldn’t be shocked if we didn’t find them all.

TBF:  There’s a lot of people that probably don’t even get a credit in the film that helped, like the wonderful teams today helping shuffle you guys around the studio.  It’s pretty wide.

Klay is such cool person.  It was easy to wonder what his office looks like.  Is it anything like John’s? 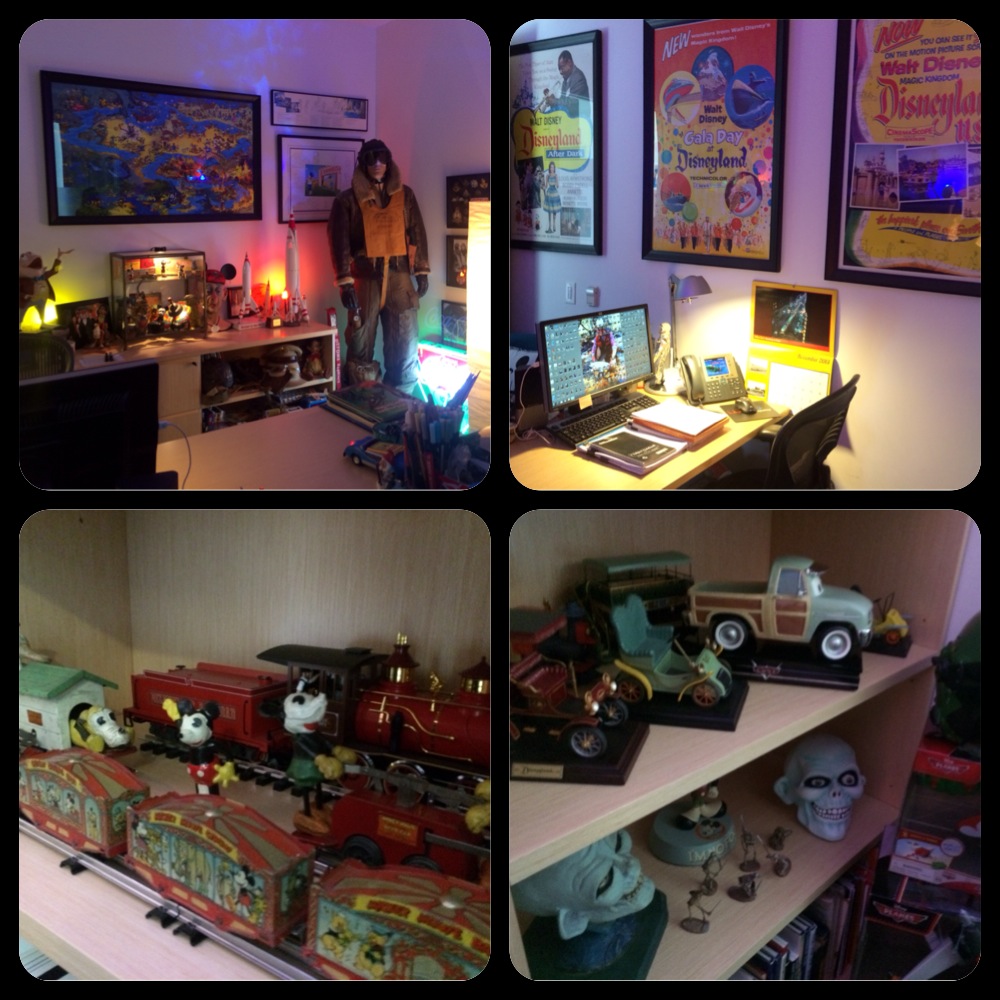 KH:  Yeah, I could take you by it.  It’s much smaller than John’s office.

Fascinated by all the research that went into making Planes – and lucky for us, we got to hear all about it.

Q:  How many different research trips did you do?

KH:  We got to go on quite a few.  We got to most of the locations in America.  We’re very fortunate.  We started in the mid-west which is where we found Propwash Junction and several iconic sort of destinations of the United States that are from that first original trip.  Then we went out to New York and spent time in New York City and saw JFK, all that kind of stuff.  Then we headed over to Germany, and this crazy, unfortunate, lucky timing that it was October.  So we were over there for a couple days in Bulgaria which was really nice.  Then we headed over to India and we were at the Taj Mahal at sunrise and sunset, so we got to see that which was pretty incredible.  That’s part of John Lasseter’s mantra- it’s like, you know, boots on the ground to get there and experience the cultures and ethnicities and the colors and the sights and the sounds to hopefully bring that back and pull it into the movie and make it feel real, that you just didn’t make it up or found it on the internet.  And I think that really rings true especially, like, in the Taj Mahal sequence.  That really stands out to me.

TBF:  And I think another one that you’ll see in the bonus content on the DVDs, there’s a small piece that incorporates the October Fest in Germany.

KH:  And then, you know, we went to several different bases, hundreds of pilots spoke with us, just that run the gamut from commercial airline pilots to crop dusting pilots, and fighter pilots to civilian pilots, and it goes on and on and on.  And then probably the, the top for the both of us was to experience going to an aircraft carrier.  We experienced landing on the deck while FATs are taking off right off the top.  I mean, right off out of the top covering the whole thing, with steam going across the deck, and guys running, and all that stuff.  And just to meet the men and women of the U.S.S. Carl Vinson and have breakfast and dinner and all that kind of stuff, it was pretty, a pretty special moment for us.

TBF:  The stories, I mean, you can’t write that stuff.

Q:  There’ll be an increase of kids who will want to be in that field.

KH:  It has.  That’s what we’ve heard from several pilot organizations and Navy commanders, you know.  When they found out we were doing the movie, they wanted to come and see what we were doing.  It was a mutual kind of thing.  So they literally showed up with two naval commanders and a guy from the Department of Defense from the Pentagon.

KH:  These guys are so serious to come and see, you know, a movie with eyeballs on them and stuff.  It’s a cartoon, guys, so you know, we’re having fun here, but we’re also trying to embrace the cool world that you guys live in.  And they loved the movie.  And, and coming out of seeing what we were doing is when they said, we’ve got to get you guys out to a carrier.  Most of those guys transition into commercial carrier pilots anyways.  So, but we have heard that from a pilot that they think there’s gonna be a spike of kids wanting to be pilots.  So that’s pretty cool.

It’s amazing to think how a movie like this can seriously change the future of an influx of pilots. 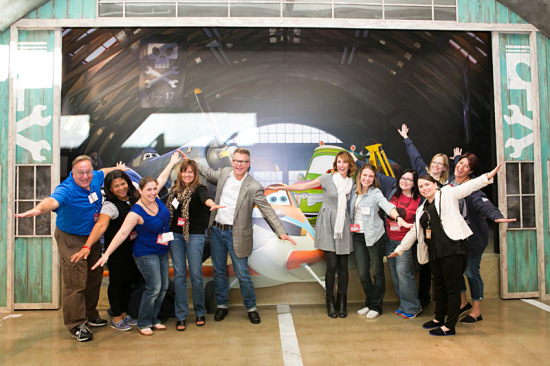