Who else grew up with Fred Savage in their life? If you were born in the 70’s, chances are you were like me and saw his sweet young boy face on both the TV and movie screen. Fred started his career in 1986, but is most known for his 6 years on ABC’s The Wonder Years and of course from the cult classic movie, The Princess Bride. He is only a few years younger than me, so having the chance to talk to him about his latest venture on TV as a game show host. Check out this exclusive Child Support on ABC with Fred Savage interview. He shares what it’s like to try something new, if his kids watch the Wonder Years and what is with the name Child Support for a game show.

“Child Support” is a one-hour studio-based series from Golden Globe® and Emmy® Award-winning Ricky Gervais and Banijay Studios North America. The series will feature adult contestants and priceless interactions between funny man Ricky Gervais and a group of five kids who say the most unpredictable things.

Hosted by Fred Savage, contestants are asked to answer 10 questions correctly to earn the top prize. If they answer incorrectly, the contestants have a chance to be saved by the five kids who have been asked the same question by Gervais.

Fred Savage walks in the room, and he’s full of energy and wearing that charismatic smile that many of us grew up knowing well. He seemed genuinely surprised at the reaction of our group after watching the first episode of Child Support and was as eager to speak with us as we were with him.

This is not what I anticipated. This is amazing. Do you guys watch it just there? (pointing to the television in the room) And how did it, I haven’t seen any of it. How did it turn out? What contestants did they use?

So many questions for us, but we turned it back to him.

How did you go through the process of picking the kids?

I wasn’t as much part of casting the kids. You know, I wasn’t part of any of it except the stuff I say. Casting the contestants is a whole other world for game shows. I thought the contestants were great and fantastic. They were able to get a great variety of interesting, enthusiastic, and compelling people.

I liked that with the kids, they swapped some out like from episode to episode. As you continue to watch the show, you’ll get to know the kids a little bit, and you can hopefully anticipate what they’re going to say. You’ll see the same kids again and again.

Did being a father help you regarding hosting Child Support?

I think it reinforces that kids know a lot of stuff. Like, stuff you would never anticipate and stuff that they probably don’t even know they know. So in that respect, it just kind of reinforced that element of what you know about your kids. I think going into it, knowing this was a family thing I would want to watch with my kids, I wanted to make sure that it was was appropriate. You know what I mean?

It is not a lot of winky-winky innuendos. As someone who works with kids, I don’t think it’s funny to take advantage of their innocence or naiveté to get a laugh. As a parent, I think that innuendos are treading in kind of inappropriate water.

I can safely say that there was none of that and so this is definitely a family show, and it’s something I want to watch with my kids. The stuff I work on is pretty safe.

I have an eleven-year-old, a nine-year-old and a five-year-old and I did this show for Netflix recently that was not for kids. There’s a show I did a couple of years ago for Fox with Rob Lowe, The Grinder and I thought was great, but it was definitely like a nine or nine-thirty show. It wasn’t like an eight PM show, so I wanted something I could enjoy with my kids and not worry about, and this is that for sure. For sure. That was definitely, that’s a great question.

How do you stay emotionless when giving contestants the questions?

I got admonished a few times. The producers would be like, “Fred, I know you get, don’t indicate that you know the answer.” I have an earpiece, so the control truck is talking to me. And a lot of it’s like, “take a step forward; the camera can’t see you or you’re getting blocked.

I’m a big watcher of game shows. I love that stuff, especially the new primetime ones. I ride all the rollercoaster of emotions. When they win, I’m thrilled, and when they don’t, I’m just crushed. There was only one guy, and I don’t even know if it made it to one of the episodes who was in and out before I could have a conversation with the poor guy.

Did anybody walk away with a hundred thousand?

The biggest number? I don’t know if I should say. I mean, some people leave with a lot of money.

Did you work directly with Ricky Gervais?

I’ve only spoken to him on the phone a few times. When I first came aboard, then we talked before I started shooting and then afterward. I haven’t met him, but he was great. I had never done anything like this, so he was good with some words of encouragement.

And supportive. Right before we started shooting, he told me, “Don’t censor yourself. Just be who you are. If you’re excited, be excited. If you’re upset, be upset.

You’ve been acting since you were a child. Would you let your kids work in the business?

It’s interesting. In one way or another, all my kids are just kind of like natural performers. My daughter especially and she loves an audience. I think they enjoy performing. If they wanted to do that, and go out and audition, I would be totally supportive.

I had a very positive experience so I would support that. Also, I also know that world a lot more. Like, if they wanted, to be like, on a traveling league team, I have no idea what that world looks like; how to support them, how to protect them, what that is. This world, I know it sounds so weird, but I know I’m comfortable in this totally uncomfortable world.

I’m very comfortable here. I know more about it than anything else. So, I feel like I can be there for my kids, in a supportive way, in a protective way. If my daughter wanted to be like, on a dance team, of course, I would support that also. But I would go in more afraid just because I don’t know what that looks like. So I would be totally supportive of my kids doing it.

Have they been introduced to The Wonder Years?

They watched. My mom shows them all The Wonder Years episodes. They love The Wonder Years, and they love my brother. The boys watch “Boy Meets World” a lot with my daughter.

I have a question for you guys. You’re the exact group to ask. What do you think of the name Child Support?

At first confusing, you see it’s a game show, but with the title, what did it mean? The logo helped it make sense. But of course, with that name, it grabs your attention. 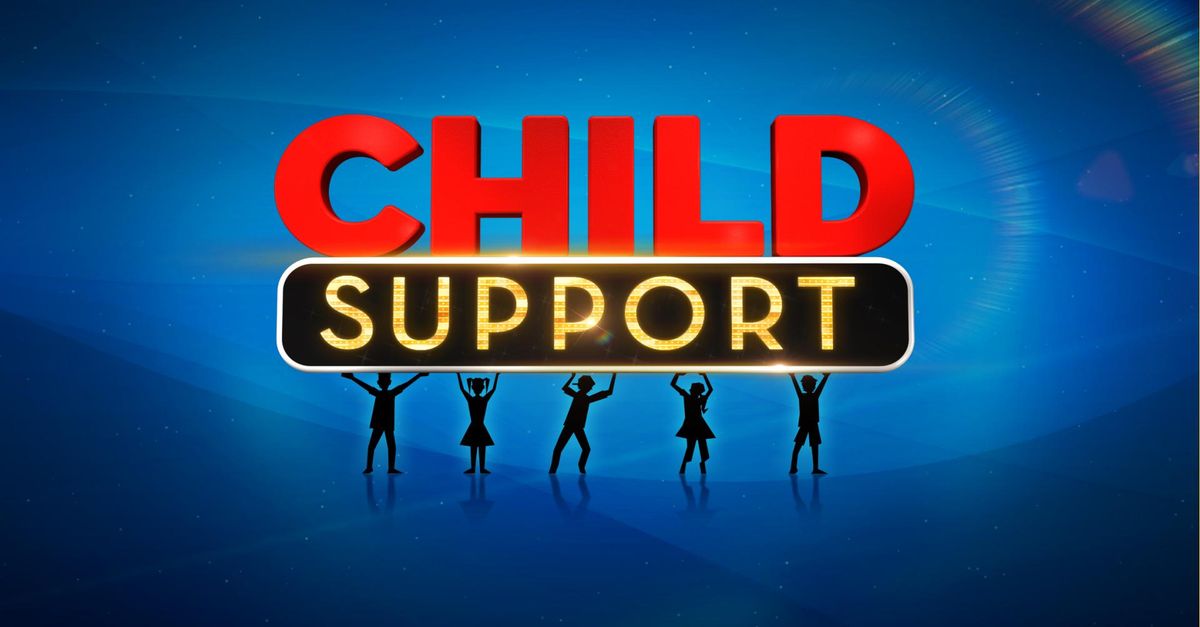 I will say, that’s exactly what ABC told me would happen. At first, it was another name, it wasn’t so great, but then they’re like, “Child Support.” I was like, “I don’t know about that.” That was the first time I called Ricky. I’m like, “this is not something that people relate to a positive association. Do we want to be the face of child support?” He had similar reservations and said, “There isn’t a better network who’s looking out for families than ABC/Disney. They’re not gonna do anything that’s gonna be inappropriate, negative or hurtful for kids. The company that produced it…this is like therapy for me. Now, I’m like telling you guys.

What’s in a name?

But then the company that is producing said exactly what you just said. The name is controversial maybe. What you said is like, it’s noisy, so maybe in the noise, people will be like, “wait, what?” And then if we cause you to look again, I, maybe that’s the win there. They said, “we’re gonna have this great graphic and this great really cute logo, and that’ll explain everything,” and then, obviously, there’s an ad campaign.

You guys are going to be helpful in getting the word out. Then you watch it, and then it answers the question. That was a big, a big thing before I jumped in. I was like, oh, my God, that name, but I’m so glad that you guys feel like it is maybe shocking at first in a positive way, would you say? Or curious way. And then it all melts away once you see the graphic or the logo. Yeah, yeah, yeah.

ADULT CONTESTANTS CAN RELY ON THE SMARTS OF A GROUP OF KIDS AS THEY ATTEMPT TO ANSWER QUESTIONS TO WIN UP TO $200,000,
ON THE SERIES PREMIERE OF ABC’S ‘CHILD SUPPORT’

From Ricky Gervais and Hosted by Fred Savage

“Episode 101” – Monica of San Diego, California, and Martin of Orange County, California, will each try to answer 10 questions correctly in order to win the ultimate prize of $200,000. If they answer incorrectly, the contestants will have a chance to be saved by a group of kids being asked the same question by comedic mastermind Ricky Gervais, on the series premiere of “Child Support,” FRIDAY, JAN. 5 (8:00–9:00 p.m. EST), on The ABC Television Network, streaming and on demand.

I was invited by ABC to watch a preview of Child Support and speak with Fred Savage to share with my readers. All opinions are my own.