Imagine having the job of creating the citizens of Zootopia. With over 1,000 unique animals, the Disney Animation team was given the challenge to come up with the character designs while thinking about the world they were creating around them. For example, mice and moose can’t reach the same door handle.

Creating the Citizens of Zootopia

From sloths to shrews, lemmings to leopards, rabbits to rhinos, elephants to mice, Zootopia is home to animals of all shapes, sizes, stripes and spots. Creating each character requires the inventiveness of artists throughout the production disciplines as the Disney Animation team have never been given greater challenges. Art Director of Characters Cory Loftis shared with a group of bloggers how Disney character design and appeal merged with revolutionary work in Look and Simulation. We even had a chance to try to draw Judy Hopps. 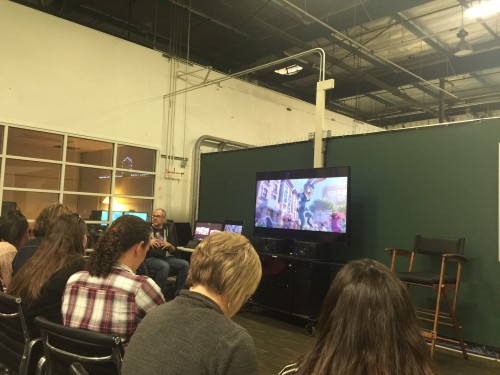 Cory Loftis gave us a step by step demo on how to draw Judy Hopps, the first rabbit to join the police force in Zootopia. It’s amazing how circles and lines can create what he did in a few minutes. 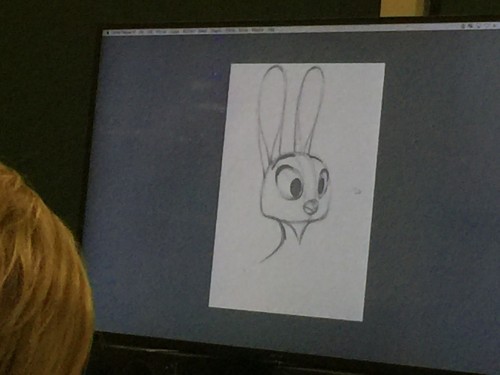 Being the pro he is, Cory’s Judy Hopps looks as she should, but mine, not so much. However, it’s not horrible, is it? 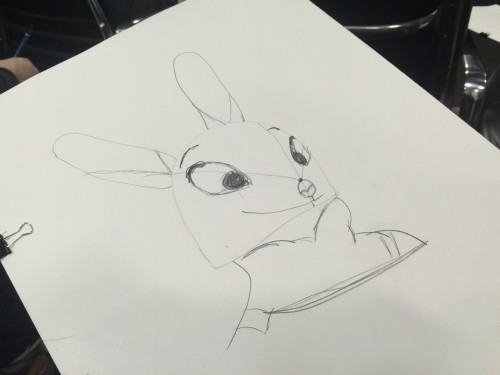 The modern mammal metropolis of Zootopia is a city like no other. Comprised of habitat neighborhoods like ritzy Sahara Square and frigid Tundratown, it’s a melting pot where animals from every environment live together—a place where no matter what you are, from the biggest elephant to the smallest shrew, you can be anything. But when rookie Officer Judy Hopps (voice of Ginnifer Goodwin) arrives, she discovers that being the first bunny on a police force of big, tough animals isn’t so easy. Determined to prove herself, she jumps at the opportunity to crack a case, even if it means partnering with a fast-talking, scam-artist fox, Nick Wilde (voice of Jason Bateman), to solve the mystery.

It’s all about #Zootopia #StarWarsEvent

I am so excited about this movie. I will be sharing the announcement of my Zootopia event coming up later this month, so keep a lookout for that and more coverage of all things Zootopia.