Just a few weeks ago I was at the Magic Kingdom celebrating Mickey’s Very Merry Christmas Party. This week we began #TheLastJediEvent by heading to Disneyland to experience Christmas in the California parks. Keeping with the Star Wars theme, we got to ride the updated “Star Tours – The Adventure Continues” on top of enjoying the Christmas festivities that Disney does best. Disneyland Christmas 2017 with Star Tours – The Adventure Continues, The Haunted Mansion and It’s a Small World is perfection. 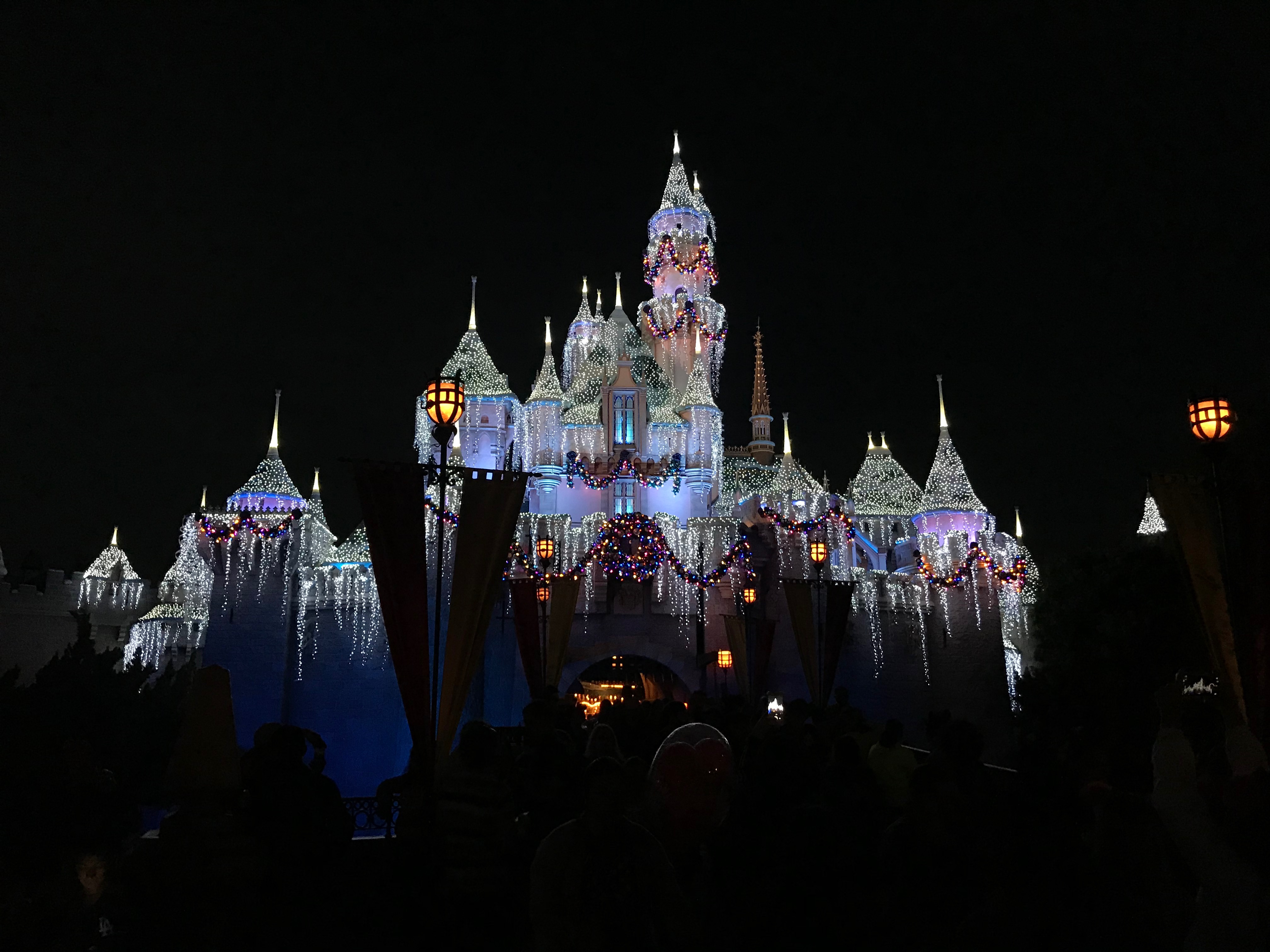 It’s a Small World decorated for Christmas is something everyone should see! 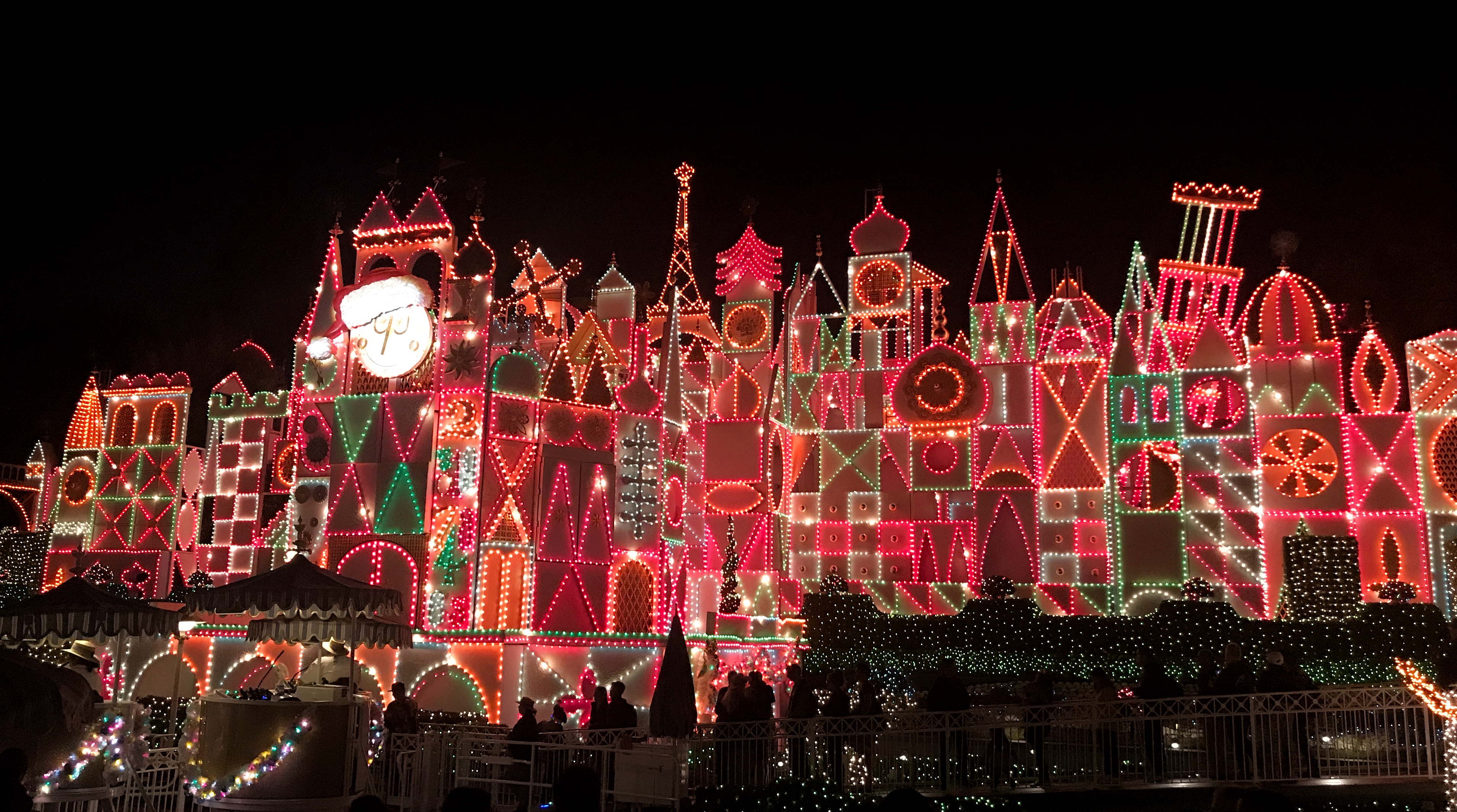 A Special Holiday Experience
As you approach, you’ll hear a medley of the iconic “it’s a small world” song along with traditional holiday tunes and you’ll be dazzled by thousands of shimmering lights adorning the attraction’s iconic façade.

Then, set sail along a wintry, wondrous waterway, adorned in regional decorations as you tour a world of festive wishes and holiday cheer! 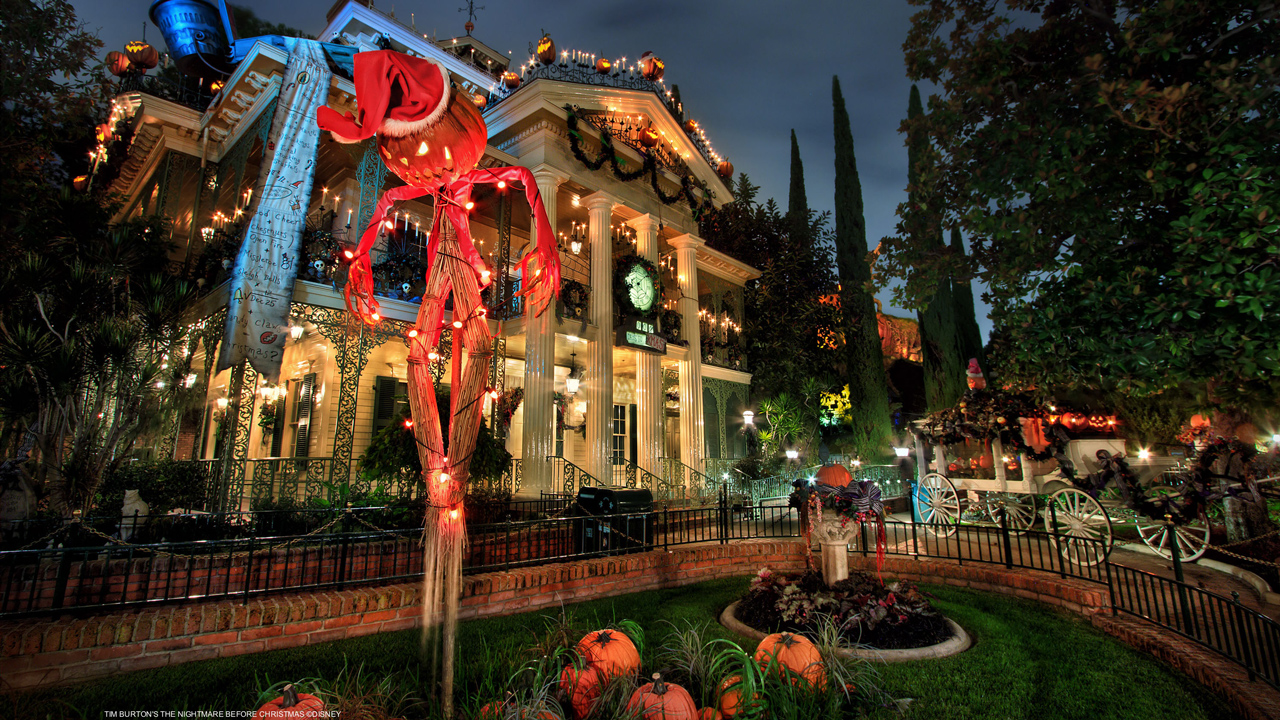 Decked Out for the Horror-Days

Explore the estate at its eeriest with tons of frightfully festive touches—courtesy of Jack Skellington!

From September 15, 2017 through early January 2018, the Haunted Mansion will be transformed with jack o’ lanterns and wreaths, terrifying toys and kooky characters from Tim Burton’s The Nightmare Before Christmas. It’s a creep-tastic classic you won’t want to miss!

Experience all your favorite frights plus scary seasonal surprises—ginger-dread houses, blood-curdling pies and more—thanks to Jack himself. Sally, Oogie Boogie and other Nightmare nasties will also be on hand to wish you “Season’s Screamings!” 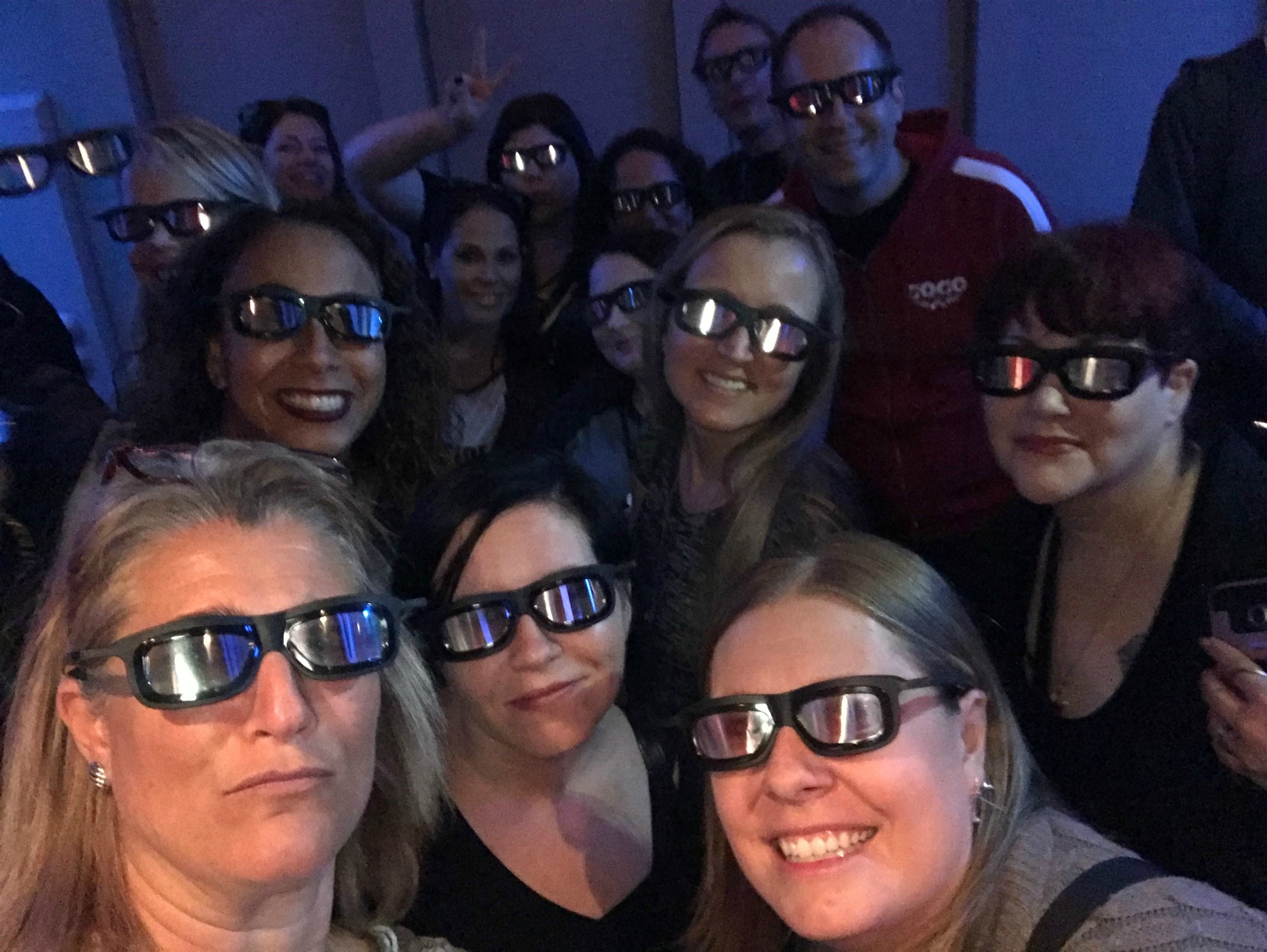 The only places you can see any footage of Star Wars: The Last Jedi are at Disneyland and Magic Kingdom on the Star Tours ride! It’s just a small look as to what to expect, and all it did was make me anticipate seeing the film even more! 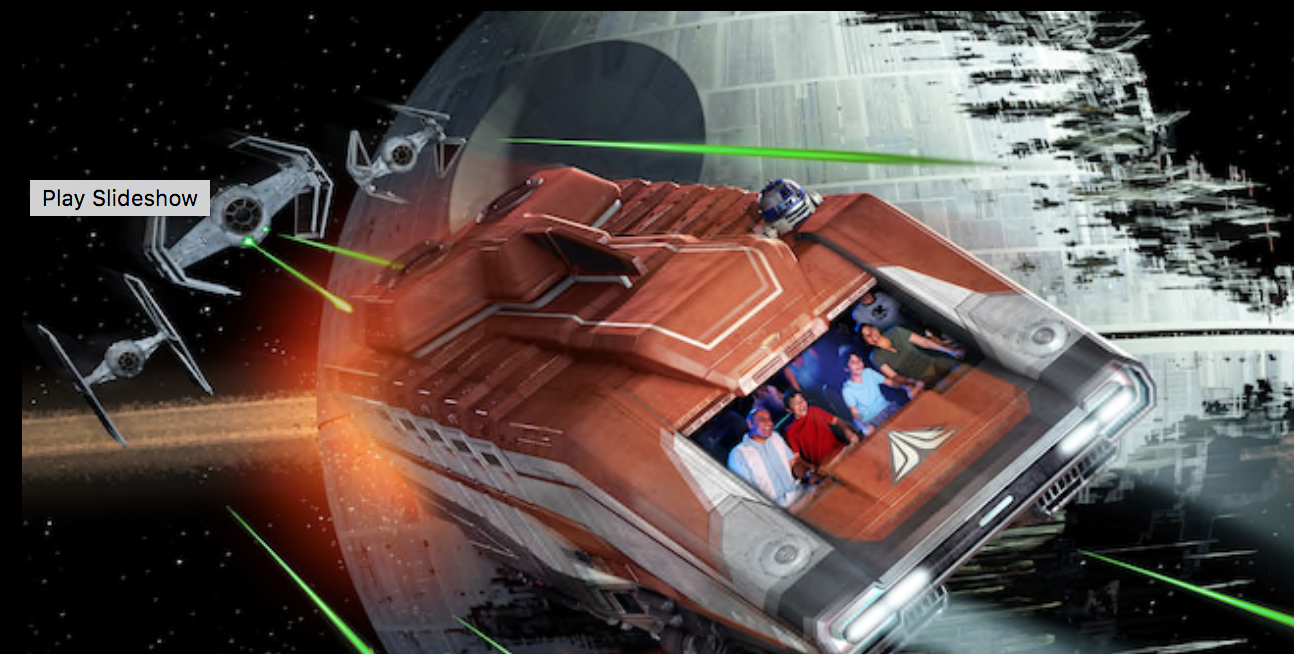 In 2011, the power of the Force partnered with Disney magic once again to create Star Tours – The Adventures Continue. This updated Star Wars flight-simulator attraction features advanced 3D technology, unique new storylines and even characters from recently released films like Star Wars: The Force Awakens and Star Wars: The Last Jedi! 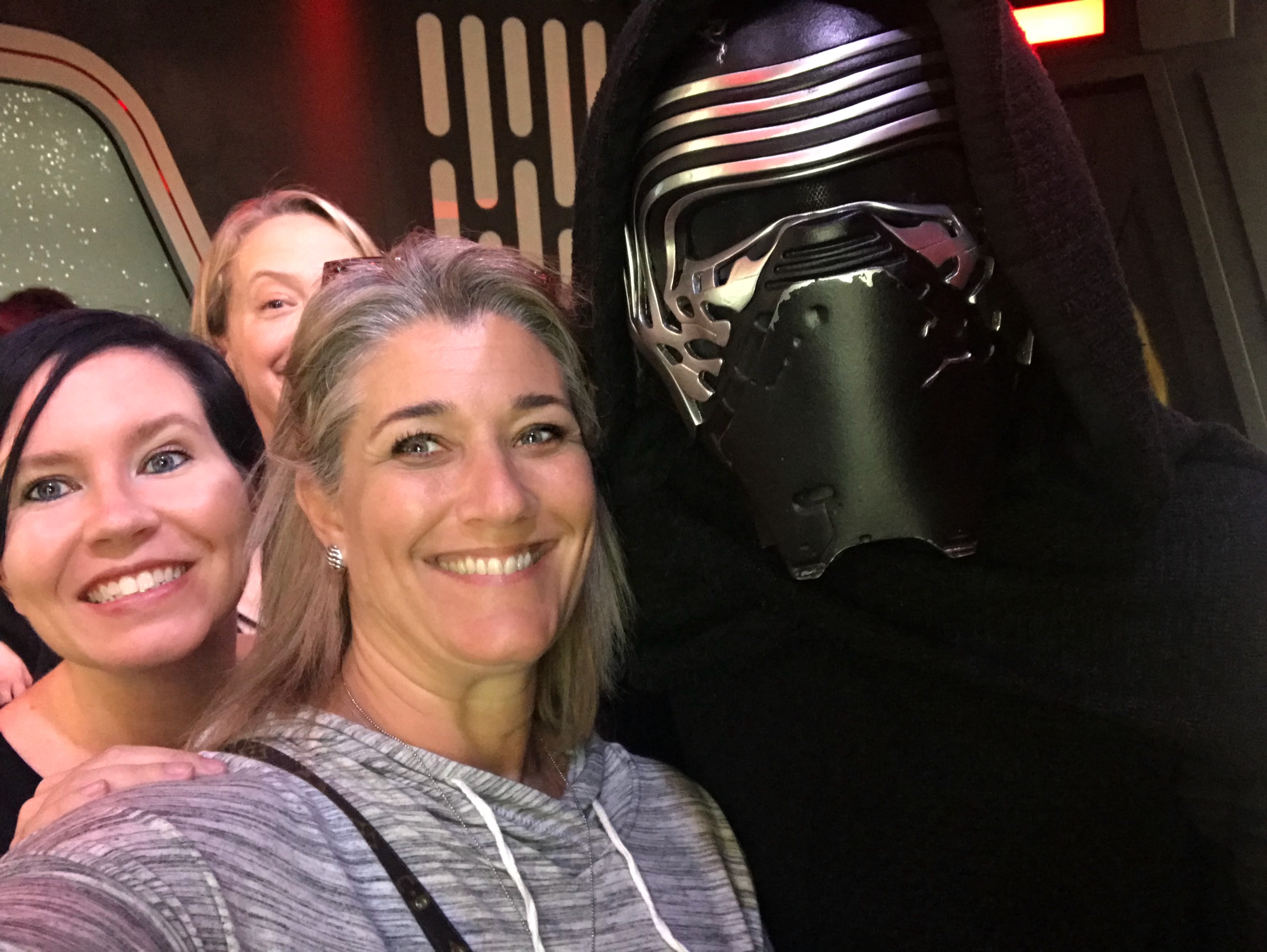 Wondering whether there’s a real-life Force? Watch our exclusive documentary on the creative team behind this ever-evolving cultural phenomenon. Wander around a Cantina and other settings inspired by the films, then share a furry embrace with Chewbacca, Han Solo’s trusty sidekick. Brave fans may even come face-to-face with the most menacing Sith Lord ever to roam the empire—Darth Vader, or encounter Kylo Ren. 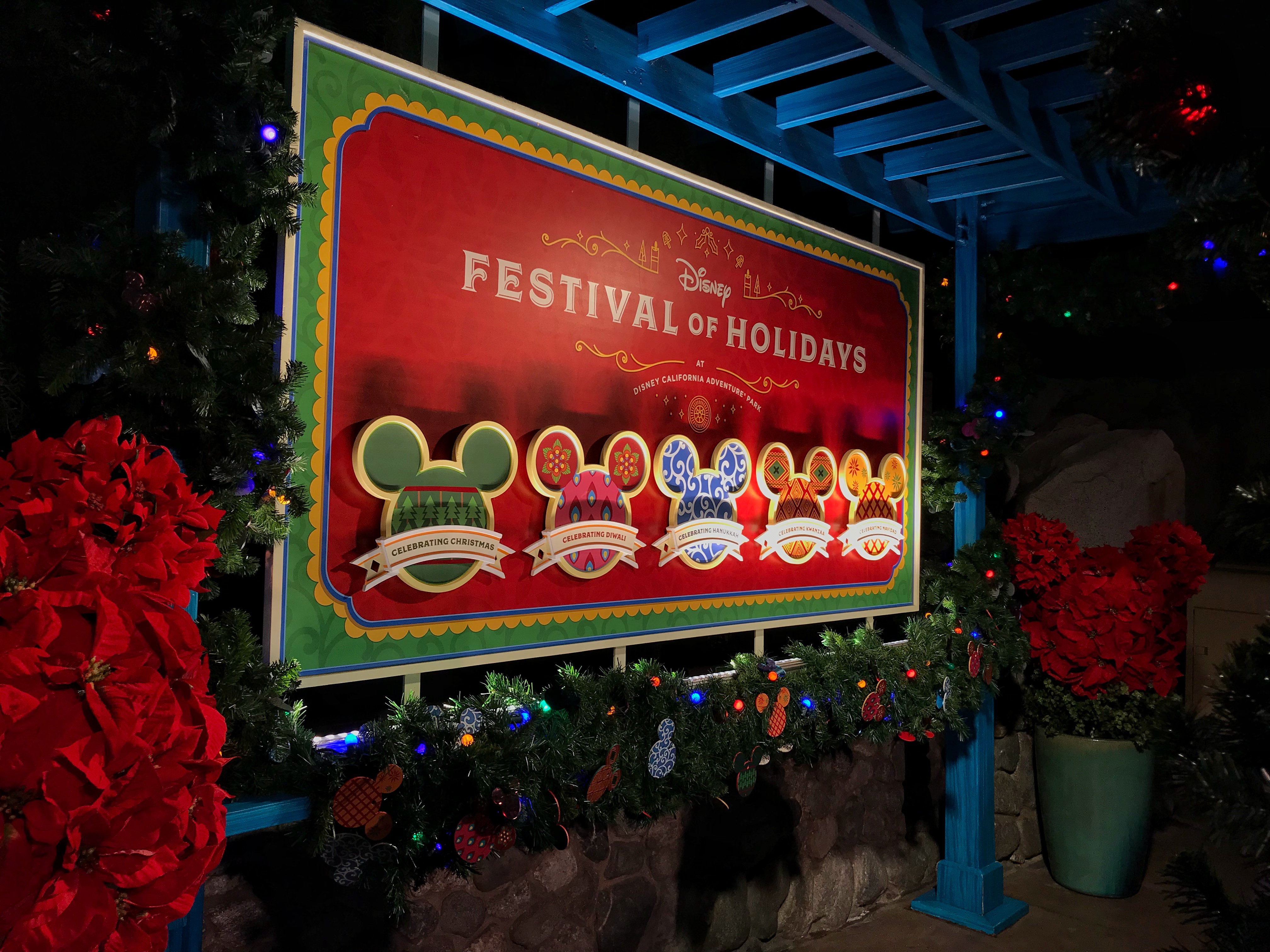 With the Disney Festival of Holidays in full swing, the sights of the season are all around. Each of our lands is celebrating in its own way, with distinctive displays at Grizzly Peak, a bug’s land, Hollywood Land, Pacific Wharf and Paradise Pier. The residents of Cars Land and Buena Vista Street are extending an extra special welcome!

The holiday hosts of Radiator Springs have been applying all their horsepower to upgrade their establishments for the holiday season. No parts have been spared during this custom motorcar makeover!

Or, take a stroll along Buena Vista Street and step back in time. During the holidays, this bustling boulevard is transformed into a nostalgic winter wonderland, with seasonal delights and friendly folk right out of 1930s Hollywood. From the wreath adorning Carthay Circle to our magnificent 50-foot tree, festive sights surround you. And for an extra special experience, join us each evening from November 10 to December 30 at 4:55 PM to share the old-fashioned charm and uplifting cheer of the Buena Vista Street Holiday Tree Lighting.

There’s just something especially magical about this time of year at the happiest place on Earth. 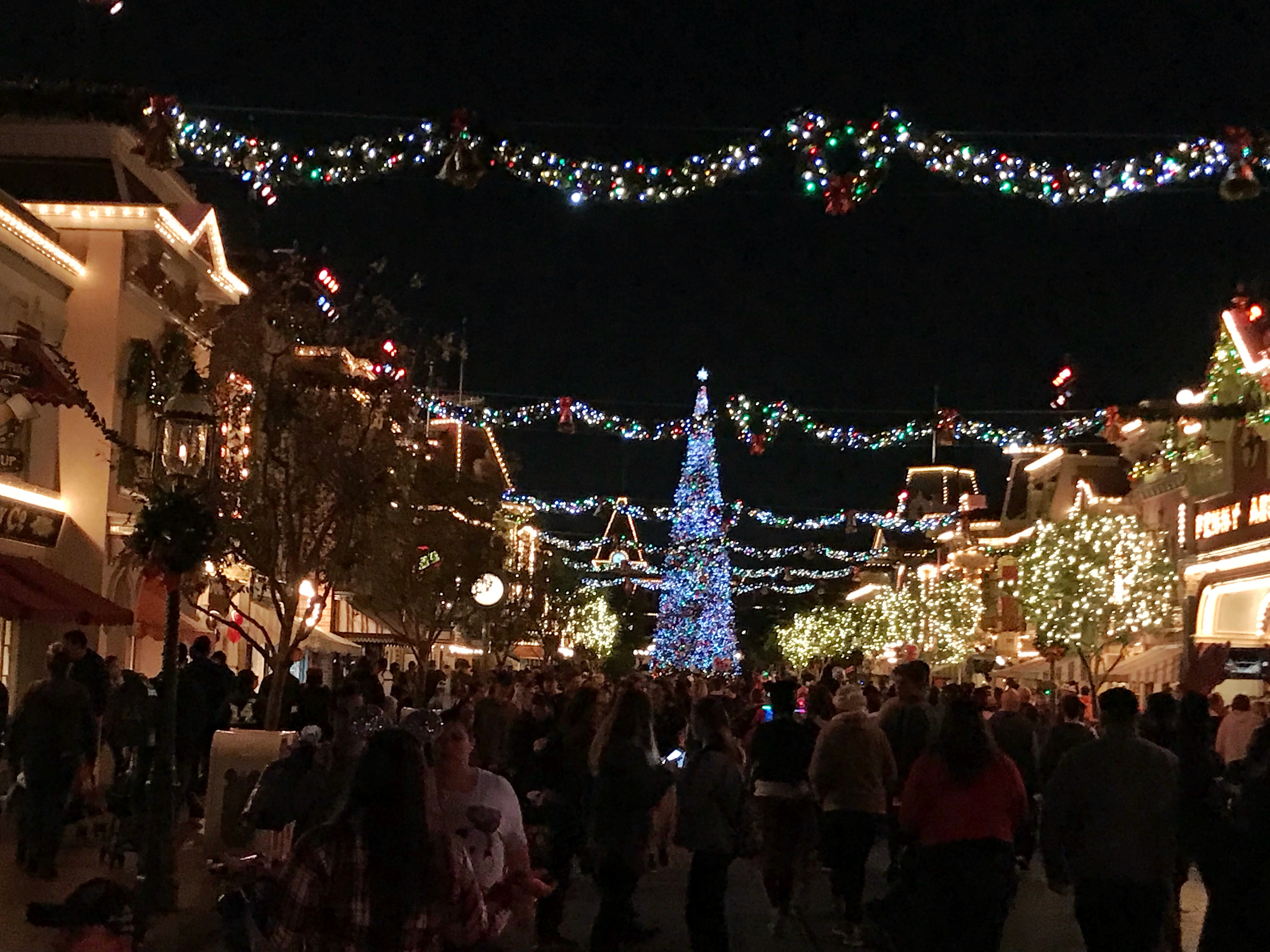 Rey develops her newly discovered abilities with the guidance of Luke Skywalker, who is unsettled by the strength of her powers. Meanwhile, the Resistance prepares to do battle with the First Order.

*I was invited by Disney to attend #TheLastJediEvent to share my experience with my readers. All opinions are my own.