Covering #TheLastJediEvent had me and 24 of my blogger friends at the very embargoed press event on December 2nd. This is one of those events that is coveted by both traditional and new media journalists. Offering interviews with the cast, glimpses of new merchandise, great photo ops, I have so much to share from the event. The Star Wars: The Last Jedi Press Event started with interviews with the cast along with Director Rian Johnson. Lucky for you I have the whole interview right here for you. Also check out some shots with BB-8 and BB-9E, costumes and more! 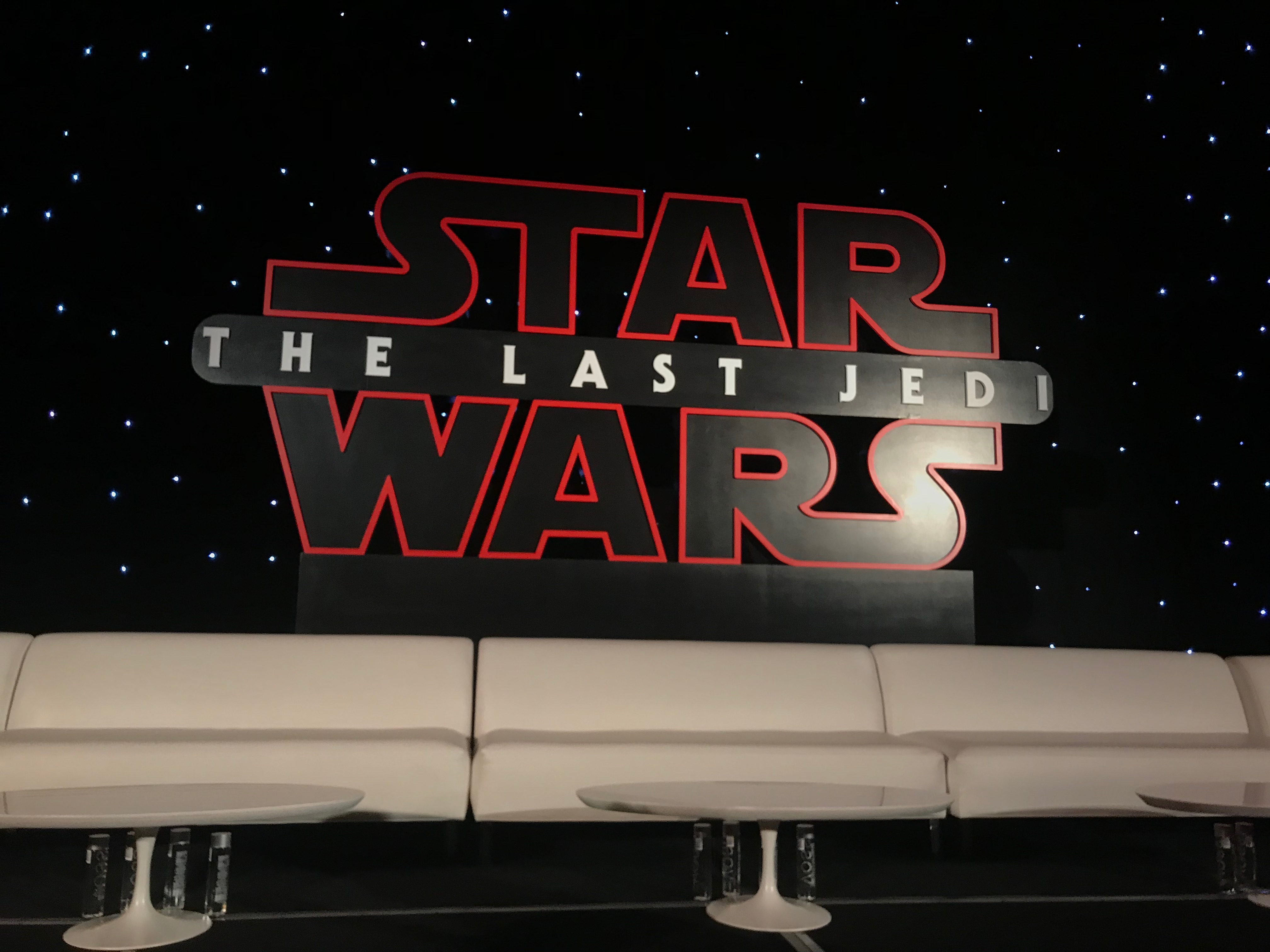 As you can tell, the energy is amazing between all of these beautiful people and the excitement is contagious. Everyone on stage had seen the film with the exception of Domhnall Gleeson, for he really wanted to experience the whole thing with a large audience. After hearing everyone talk about it, it was clear he felt he had missed out!

Once we finished the main press conference we headed to a private room to interview Gwendoline Christie(“Captain Phasma”), Kelly Marie Tran (“Rose Tico”), Laura Dern (“Vice Admiral Amilyn Holdo”) and Domhnall Gleeson (“General Hux”). We all did some live tweeting without spoilers, and the full interviews will be up next week.

After the interviews we had some Star Wars: The Last Jedi Press Junket fun and took some fun photos, checked out what’s new in the gaming world and much more!

This game was so fun! Watch as I hold my own and then defeat none other than Darth Maul.

I also caught up with a new and old friend! BB-8 and BB-9E were kinda enough to take a photo!

I also got to hang with a couple of Deluxe Praetorian Guards.

With all the fun merchandise, my most favorite has to be the Porg mug! I used it the day I got home from the event!

Love it? Buy it here!

We got a close look at the Leia, Luke, Kylo Ren and Rey Costume Vignettes. 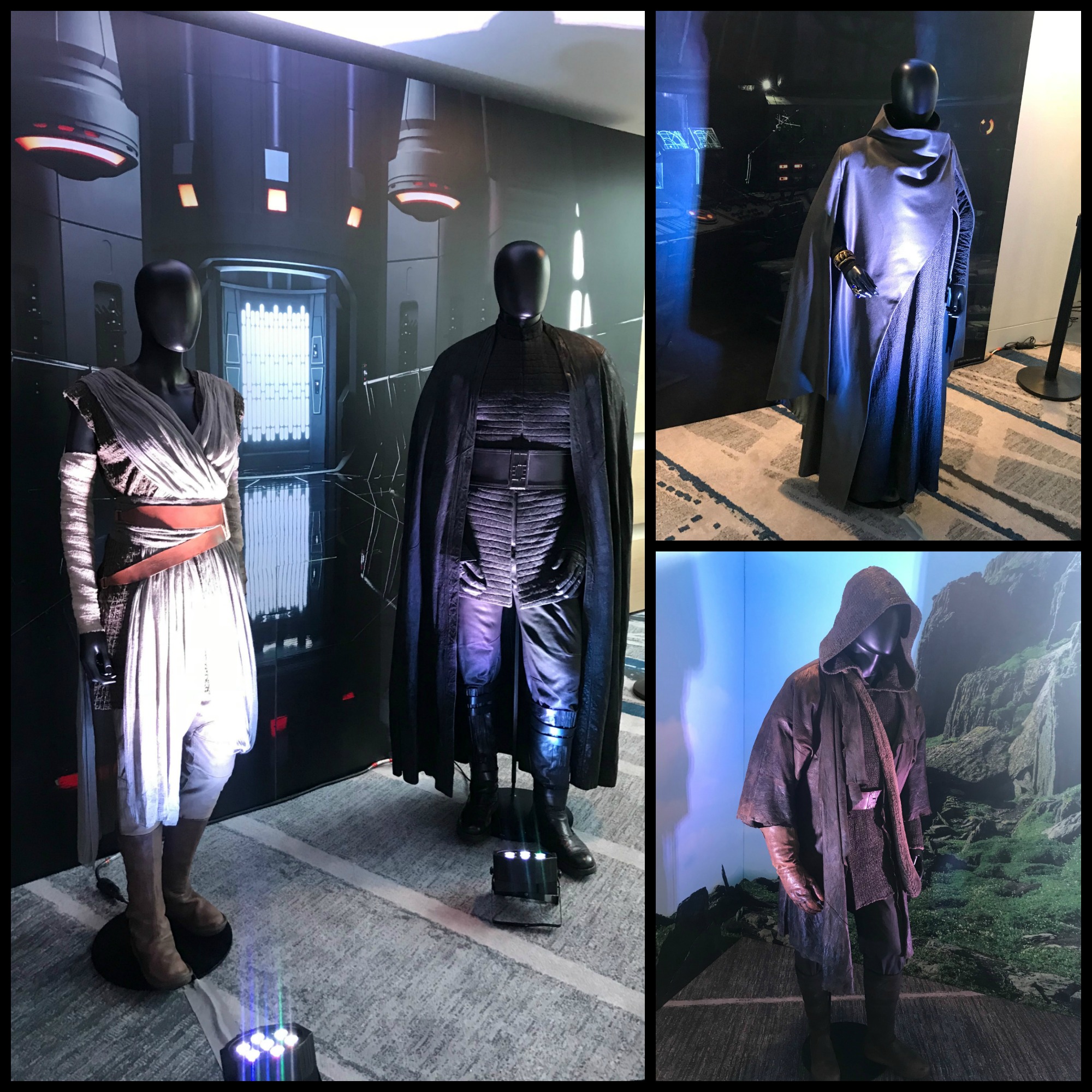