There has been so much noise in the film industry lately about race, culture, gender, faith and even sexuality. I can relate to many of those topics myself. It’s fascinating and refreshing to watch it all come alive on the big screen. With what I do, it’s no secret that many of the movies I cover are empowering with strong female characters. The Diversity in Film is opening eyes in an industry that has been able to influence the world for a long time. I am going to mention just 4 of some of the most recent films I have seen and tell you why they are making a difference in the world today and why you should consider seeing them. 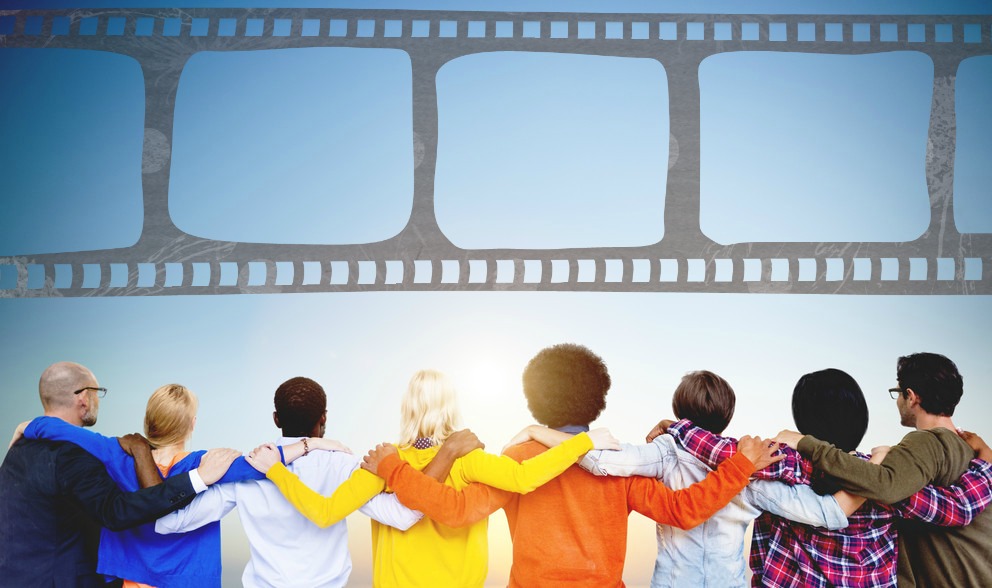 I am a Cuban Pollock. My mother was raised Jewish, my father raised Catholic. I had neighbors that brought me to a Southern Baptist Church. My sweet Aunt Sherry, may she rest in peace, took me to a Pentecostal church in my late teens. It’s easy just by that little bit to say I am a mutt of culture and religion. The father of my daughters is Mexican. So, my point, I am not alone in this, most of us are a beautiful mixture of so many religions and cultures. So when I watch movies, I related to a mixture of many. I’m relatable to a straight, Christian (though proud of my Jewish heritage for I have family that died in the war) woman that loves a good love story with a happy ending. There are millions of movies for me.

I grew up with princess movies that are silly fairytales, yes, but again, they weren’t Moana. And look at what we have now. With the recent Disney animation Coco that submerged the audience into the Mexican culture and now the world can understand a holiday that has meant so much to their people for generations. Disney has practically made it their mission to have diversity in film.

Marvel never ceases to amaze me. Every movie is so fantastic you leave the theater feeling a sense of empowerment. Men, women, and kids alike. After watching the Black Panther, not only do they win again for making their women characters smart and strong, but with an almost all African American cast, there are kids seeing superheroes that look like them on the screen. Good people are passing along a good message in a universe that Marvel has made cool. A world that everyone can coexist.

I remember when I heard the MercyMe song I Can Only Imagine back in the early 2000’s for the first time. At that time I had two babies and was in a marriage that would fail ten years later. I was friends with a lot of young moms, just like me, trying to figure things out, most of us active in a church. When my significant other asked if I’d like to see the film based on the song, I was intrigued and wanted to go. The trailer tells a story that I am sure many can relate. See for yourself.

Based on the incredible true-life story that inspired the beloved, chart-topping song, I Can Only Imagine is a song that brings ultimate hope to so many … often in the midst of life’s most challenging moments. Amazingly, the song was written in mere minutes by MercyMe lead singer Bart Millard. In reality, those lyrics took a lifetime to craft.

Although he found faith at a young age, life wasn’t easy for Bart. He leaned into an active imagination and his love of music as escapes from a troubled home life. As he grew older, Bart turned to football in hopes of somehow connecting with his abusive father. But a career-ending injury—combined with the vision of a teacher who saw unlimited potential—set Bart on a musical pathway.

Chasing a dream while running from broken relationships with his father and Shannon, his childhood sweetheart, Bart hits the road in an old, decrepit tour bus with his new band MercyMe—named for his grandmother’s favorite expression. With the guidance of a grizzled music-industry insider, the band begins a journey none of them could ever have imagined.

Again, in a time when we are talking about diversity in films, a time for respect of others, this film hit me. I didn’t grow up in an abusive home, nor a religious home. However, I do find awe in the grace of the love of God. I feel that this film has a message for believers and nonbelievers, and that is that forgiveness is a powerful thing. In a movie world of Marvel, Disney, Warner Brothers, and Fox this film took the weekend box office by huge surprise.

I know I am getting the side-eye by some right now. And I am ok with this. Some may be saying, “How can you talk about seeing a film about God and now talk about seeing a film about being gay in the same post? Is it right?” Going into this year, I wanted to be more purposeful in my writing. It’s important to me to be more of open to who I am. I am not perfect, nor have I ever claimed to be. I wrote a post I felt very strongly about a few years back about Kim Davis, the Kentucky clerk who defied orders to issue marriage licenses to same-sex couples. If you want to see my heart and where I stand on this, that would be a go place to go after you read this post.

After seeing I Can Only Imagine this weekend I also went to see Love, Simon. With having some of my closest friends being gay and knowing their stories, this, just like the other movies, is so important. Since I am a straight girl that didn’t grow up with these struggles, I asked one of my best friends if I could share his post from Facebook on why this movie was so important to him.

I loved the movie. I could relate to the struggle of a high school boy for I have a high school daughter that goes through the struggles. They are feeling and emotions that we all have for someone we may like. The love the family and friends have for Simon is refreshing, and the lessons of secrets and lies are important, for all of us, at any age.

Everyone deserves a great love story. But for seventeen-year-old Simon Spier it’s a little more complicated: he’s yet to tell his family or friends he’s gay and he doesn’t actually know the identity of the anonymous classmate he’s fallen for online. Resolving both issues proves hilarious, terrifying and life-changing.

The lesson here we ALL deserve love. We all deserve to be heard. The time has come to understand each other’s differences and learn to respect and embrace them. Each one of us has something unique and important to give to this world. Let the women AND men speak, let the cultures teach, let the races melt together, let the love of God teach us about grace and forgiveness and let us all learn that we all deserve love. It’s the year of Diversity in Film 2018. We’ve got this!