I am not typically controversial when it comes to my blog. I usually share my fun experiences when I travel and events in the entertainment world, maybe a recipe here and there, but rarely share what’s on my heart. Today, I am compelled to speak out. In the wake of the news surrounding Kim Davis, the Kentucky clerk who defied orders to issue marriage licenses to same-sex couples,  there have been social media remarks that have me really upset. 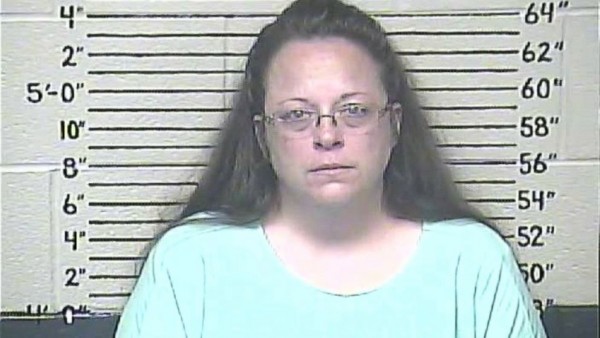 Let me start with saying, I grew up in church and believe in God. I am not a theologian, not even close. And nor do I currently go to church on a regular basis. But what I do know are these two things; One is that in the Bible God commands his people to love. In John 13:34 it states, “A new commandment I give unto you, That ye love one another; as I have loved you, that ye also love one another.“ As for number two, it’s not our job to judge, that is God’s job. Like it clearly states in Matthew 7:1-5 “Judge not, that you be not judged. For with the judgment you pronounce you will be judged, and with the measure you use it will be measured to you. Why do you see the speck that is in your brother’s eye, but do not notice the log that is in your own eye? Or how can you say to your brother, ‘Let me take the speck out of your eye,’ when there is the log in your own eye? You hypocrite, first take the log out of your own eye, and then you will see clearly to take the speck out of your brother’s eye.” 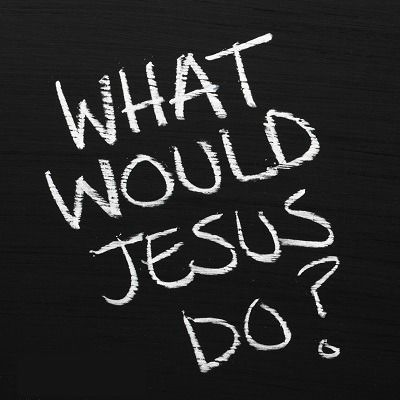 WWJD: Saying What’s on My Mind

To me, this is easy. Religion or not, these are good things to live by. When I see posts that rally for Kim Davis I can’t help but think, are these people supporting a federal employee refusing to do her job, or are they just against gay marriage? See, there is a difference here. And when I see people posting on social media in support of Kim Davis and then giving the glory to God, I can’t help but think, what would Jesus do? 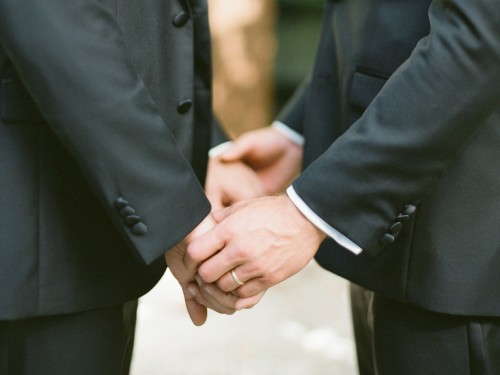 I have family and friends (a few of my best) that happen to be gay. Most of which have been in very long term relationships, some even married. I look at their lives and can’t help but think of how lucky they are to have love. The kinds we all strive for, with 100% acceptance. Not only from their partners but from the world around us.

I understand that in the Bible it also says in Romans 1:26-28, Because of this, God gave them over to shameful lusts. Even their women exchanged natural relations for unnatural ones. In the same way the men also abandoned natural relations with women and were inflamed with lust for one another. Men committed indecent acts with other men, and received in themselves the due penalty for their perversion. Furthermore, since they did not think it worthwhile to retain the knowledge of God, he gave them over to a depraved mind, to do what ought not to be done.

If I am going to share this, then I could also share 100’s more about sin. I mean, we are ALL sinners. According to the Bible in Malachi 2:16: “I hate divorce, says the LORD God of Israel.” According to the Bible, marriage is a lifetime commitment. “So they are no longer two, but one. Therefore what God has joined together, let man not separate” (Matthew 19:6). But it’s shown that God realizes, since marriages involve two sinful human beings, divorces are going to happen so He laid down some laws in order to protect the rights of divorcées, especially women (Deuteronomy 24:1–4). Jesus pointed out that these laws were given because of the hardness of people’s hearts, not because such laws were God’s desire (Matthew 19:8). So, what if we are going by the Bible, and I am being specific here of Kim Davis, and by going by the Bible would getting divorced THREE times be allowed? What would have been the case if she was denied her marriage license for the appointed clerk felt this was not in conjunction of what God wanted based on scripture? For the second, third or fourth time mind you.

Does this make Kim Davis a hypocrite? Does this mean that she is above the rest of scripture? Could it be that she’s a sinner too, and maybe, just maybe, living the “WWJD?” mentally, work better in her favor. She clearly isn’t going to violate her conscience. But let’s take that WWJD mentality and think a minute. Would He have done what Kim Davis did? Would He deny His people, the ones made in an image of Him, love? Or really arguably more important here, would He break the law? See, if He lived without sin, then the answer is no. Can we argue that He is the maker of the laws? Yes. I can see that argument, but know when it comes to the laws of the land, those are man made. However, breaking the law is a sin, and according to the Bible, a sin is a sin. Period.

I think why I am writing this post and why I took it so extremely personally is this. I am seeing  people that are quick to put on a nice face and appear to be living a life that is what their interpretation of the Word may be. And in that, they become extremely two-faced, and this is something that is painful to those that put trust and love into them. A difference of opinion is understandable, and quite frankly, make the world we live in worth the conversations and relationships. I love to see both sides of things. But when those words are full of hate and not love, that is hurtful. And that is something I don’t understand. You can be a Christian, and can chose to be against whatever sins that make you feel conflicted. I respect this. What I don’t respect is seeing people that pretend to love and support people in the gay community for purposes that may benefit them, not because they truly love them. Again, if you are in support of a person that stands up for what they believe in enough to go to jail over it, I get it, I do. But if you are in support of what she stands for and claim to be full of love and no judgement, and even claim to love and support people in the gay community, but are really behind the hate, for that is what this is…then, I am sorry, but hate is hate. Love is love. I chose the latter.

And one final thought, Kim Davis is no Rosa Parks…that comparison in the media is one that would have Rosa turning over in her grave. Rosa Parks stood up for equality. Rosa Parks made a change for good, in the name of love for everyone. Kim Davis is not even close.

It was brought to my attention by sharing my view on this I could be considered judgmental and possibly be called a hypocrite myself, but I am a sinner, I am far from perfect, and I am do not hide behind religion as a shield to not be held accountable for what I say. Would Jesus have written this post? I don’t know. I am not Him, nor would I ever want to be. I have too big of a log in my eye to really point out the specks in another person’s eye. However, this post isn’t a declaration of living a life above others to have the right to be judgmental and hateful. I really hope that it strikes a cord for those who read it, and maybe look at themselves and realize they may be hurting people around them and not even recognize it until someone speaks out. I may lose a few followers over this post as well. It’s OK. All I care about is maybe making some think before posting.