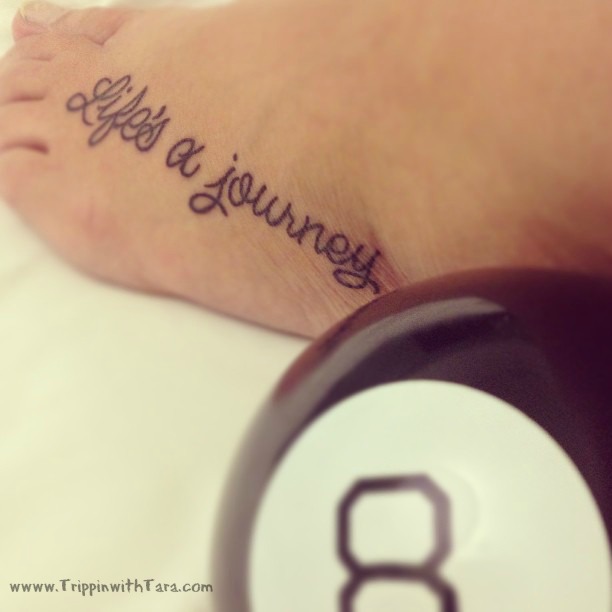 I know, I may have said before that I don’t get the addiction.  I had so many people say, you get one and you’re hooked.  It hurt so bad the first time I did it  while on a trip to San Francisco last year.  I never would have imagined myself getting another.  And, well, here I am six months later and I have a new tattoo.  This time was a little different for a few reasons.  Last time, I really didn’t know what I wanted, but knew that I liked the way text looks and wanted a saying.  Then it hit me, that lyric from Aerosmith’s Amazing.  So that is how my Life’s a Journey tattoo happened.

So one of my most fun friends and I were talking about wanting another tattoo.  I was with her when she got her first.  She shared with me the Faith, Hope and Love tattoo she wanted to get.  I loved it. 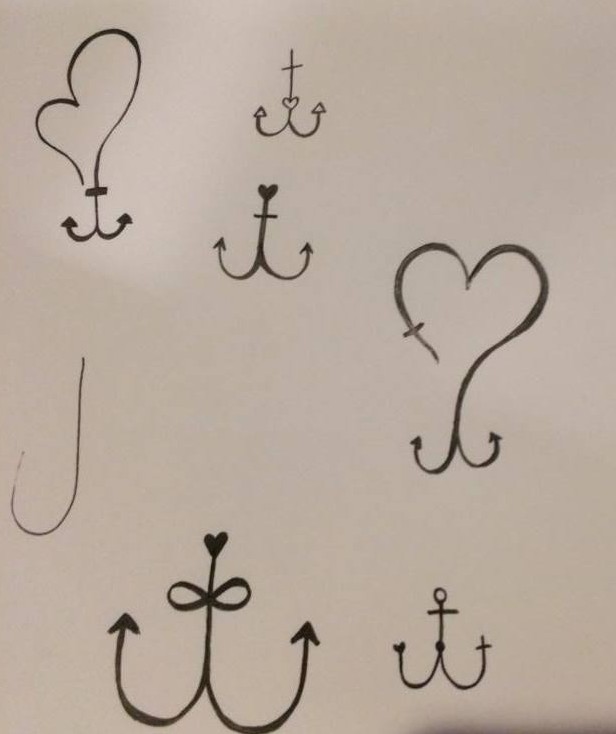 So we talked about getting the same, but then I thought of my daughter Gabi, and how I’d love to have something she drew up tattooed on me, for she is an amazing artist.  So I asked her to and she came up with a few great ones.  But as soon as I saw it, my heart was set on this one. 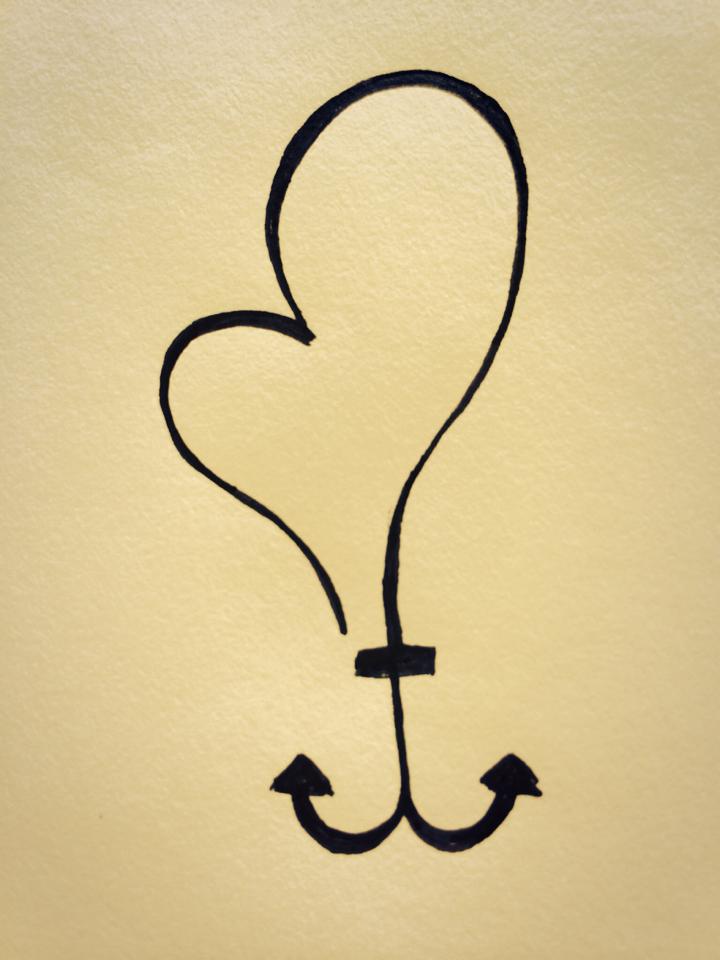 So we decided basically the day before that we would just get it done.  We made plans to go a place at a local theme park, but then decided to go to a place closer to where we lived.

That tattoo parlor turned out to be a place, after looking around, that we didn’t want to use.  So we happened to see one more place with a lit up “open” sign in the window.  And then we went in and met Steven Priest. 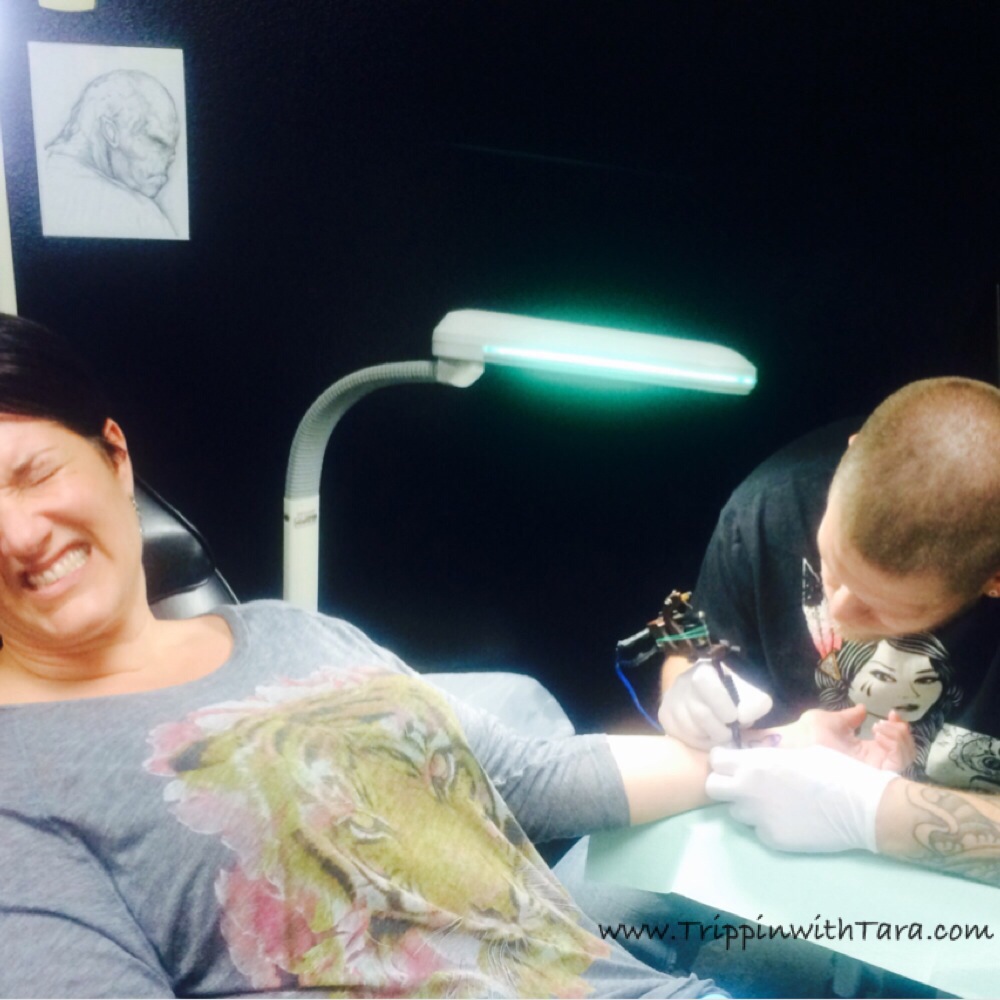 After this introduction, he became my new best friend – I mean he was about to hurt me.  Steven works at Ink Ink Tattoos in Clermont, Florida.  A small, yet busy little corner ink show.  One that I felt comfortable the moment I walked in, and I left happy. 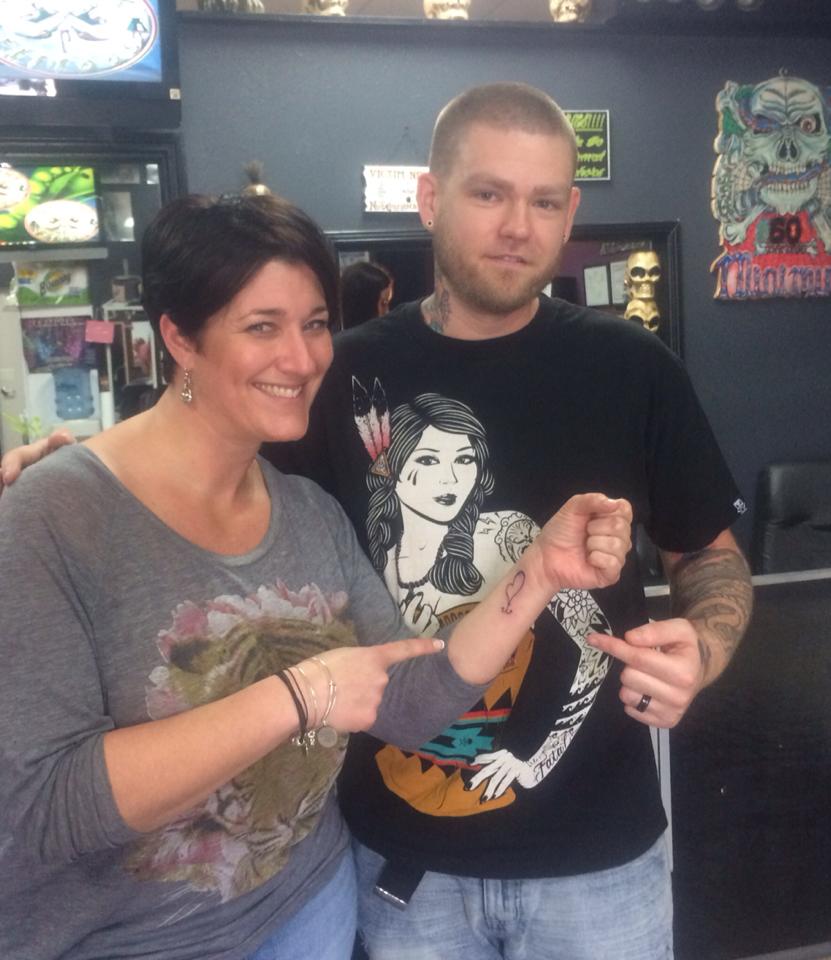 He was quick, but not messy quick.  He was super nice, honest (I wanted it smaller and he said the ink would bleed and helped resize to one I could love), and he did a great job.  My friend and I both left red and swollen, but happy. 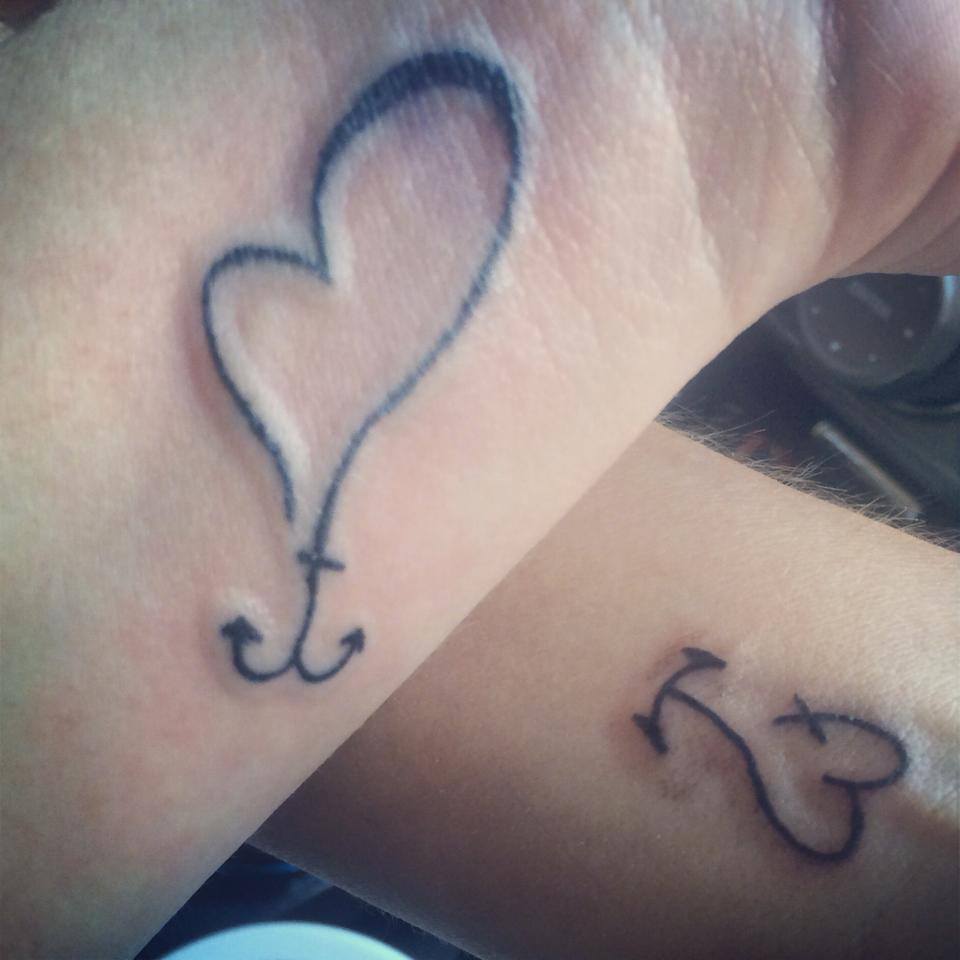 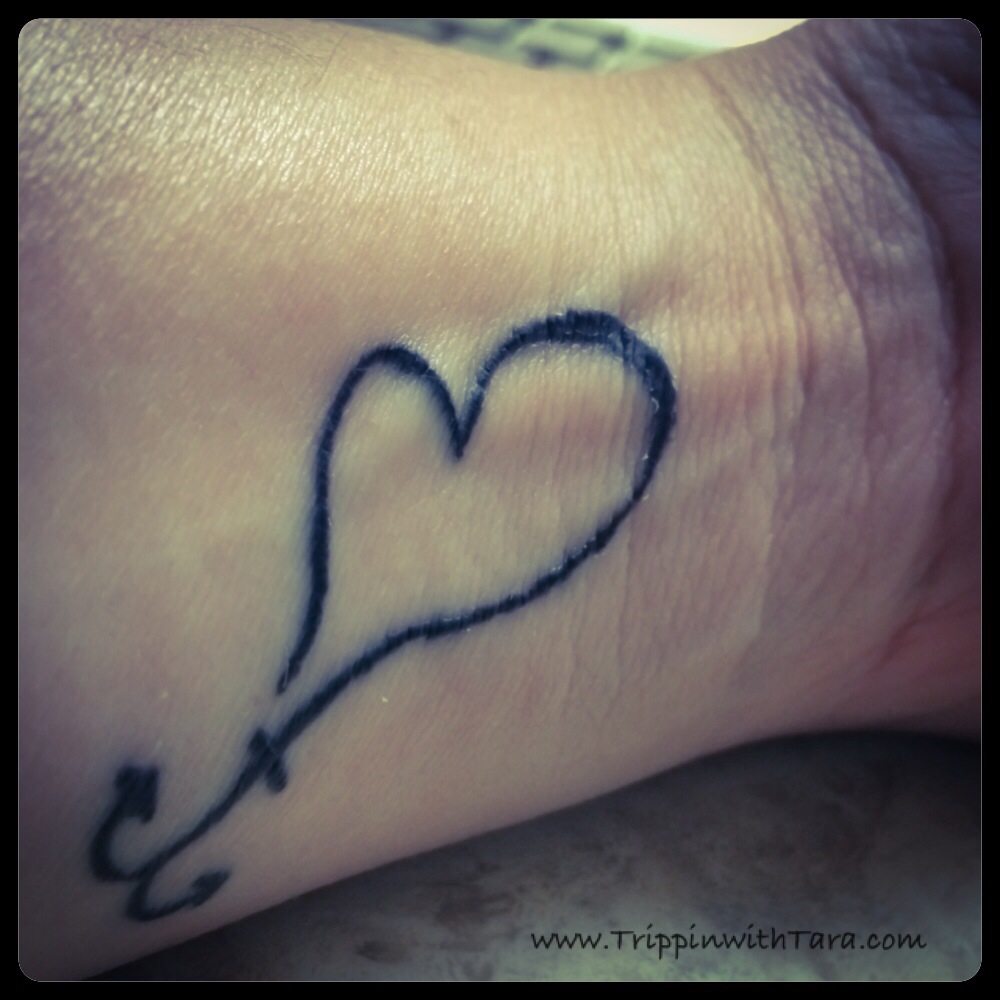 *I received no compensation for this post.  I just had a great experience wanted to share it with you.