Do you remember seeing Finding Nemo in the theater? It would have been about thirteen years ago. My girls were 5 and 3 years of age and it may have been Madi’s first full-length movie in a theater. They loved Nemo, and well, I loved the adult humor and the brilliant creativity of Pixar. Being asked by Disney to cover the Finding Dory event in Los Angeles next week, I instantly started thinking about how many pictures I had on my fridge of Nemo, and how many times that movie was watched in our house. And then eventually the homes of the kids my girls now babysit. Finding Nemo is like part of our family’s Disney core, so this premiere is super special to me.

The event begins on June 7th with a trip to the Disney Store to learn all about the “Summer Play Days” and go shopping for some Finding Dory merchandise. This will be followed by some good eats and catching up with friends, then it’s early to bed with a full day planned on the 8th. 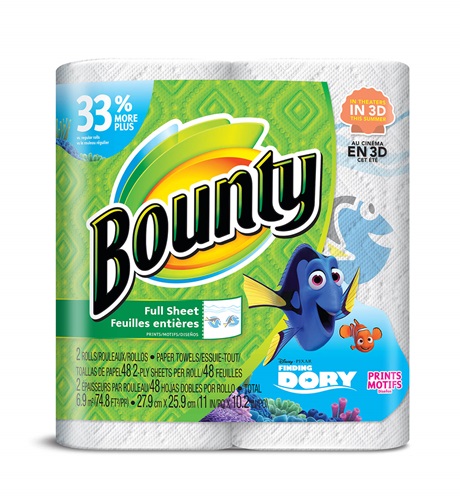 We will begin our morning with a Blogger Breakfast hosted by Bounty Paper Towels. We will be learning about them teaming up with Disney as a sponsor for Finding Dory. Right after breakfast, we will head to the Disney Channel to screen Lego Star Wars: Freemaker Adventures followed by a Q & A with the Executive Producers.

We then will head to the set of Bizaardvark where we will screen an episode followed by a mini-set tour led by Executive Producer Eric Friedman. We will have some time to chat with cast members on stage, Olivia Rodrigo (“Paige Olvera”), Madison Hu (“Frankie Wong”), Jake Paul (“Dirk Mann”), DeVore Ledridge (“Amelia Duckworth”) and Ethan Wacker (“Bernard ‘Bernie’ Schotz”). After we watch rehearsals we will head to the hotel to get ready for the FINDING DORY premiere.

We will arrive at the El Capitan Theatre for the red carpet premiere of Finding Dory where we will see the who’s who that joins this party. We then will join the movie makers during the premiere screening of Finding Dory as well as the animated short Piper. All of this will be followed by an incredible premiere after-party event. There will be live videos on both Facebook Live via my Trippin’ with Tara page and Snapchat username trippinwithtara. So make sure to follow along.

The last day of the trip will be the Press Day for Finding Dory. We will be doing group interviews with Ellen DeGeneres (voice of “Dory”) Ed O’Neill (voice of “Hank”), Kaitlin Olson (voice of “Destiny”), Eugene Levy (voice of “Charlie”), Albert Brooks (voice of “Marlin”) & Hayden Rolence (voice of “Nemo). This video is a fantastic introduction of the characters

We will also have the opportunity to talk with Piper’s, the short before Finding Dory, Director Alan Barillaro and Producer Marc Sondheimer.

*I have been invited by Disney to attended the #FindingDory Event to share my experience with my readers. All opinions are my own.