With the release of Zootopia on Blu-ray/DVD, I have a feeling it just may be one of those movies that will be a part of your Disney collection for years to come. I love this movie. I laughed the whole way through. It’s so clever. There are so many great characters in the movie but I believe that one that stands out with everybody is the DMV sloth, Flash, voiced by Raymon Persi.

Everybody became very excited about the film because of this very trailer. It pretty much set the tone for what to expect in this worldwide box office hit. While attending the press day for Zootopia, I had the opportunity to speak to the creator and voice actor of Flash. Raymond gave us a candid chat of how Flash came to be and then I had a chance to interview Flash himself!

Raymond shared how he got started and ended up with Disney Animation.

So I was a director on the Simpsons before this, but then Rich Moore, the co-director of Zootopia brought me in along with some other directors when he started to develop Wreck It Ralph. So that was the first film I got to be a story artist on here at Disney. And then after that, I got to work on Frozen. Then the two shorts Ghetto Horse and, Feast.

So what’s great is sometimes when you work here, and we’re making our films, we’ll do like rough versions of them first. Sometimes we don’t know who’s going to be cast yet, or we don’t even know if that character will stay in past one screening of the film. So they bring a lot of the different people in the studio to do scratch voices. It’s called just a temporary voice, just to tell the story. And every now and then, we keep some of those voices in. So for me, the first one I got to do was Gene, the little jerk from Wreck It Ralph. And then the Zombie. And then, later on, in Get A Horse I got to be another little jerk, the little jerky horn. And then the cool thing was I got to do some of the little voices for Horse Caller. And what was neat about that was they used archival audio of Walt Disney as Mickey Mouse for the short. So I get to have a laugh with Walt Disney, which is really cool. And then on Frozen, I got a guy who, he just had one line, but his wife called after he said, Come on. Hurry up, Persi. So that was cool because that’s my name. 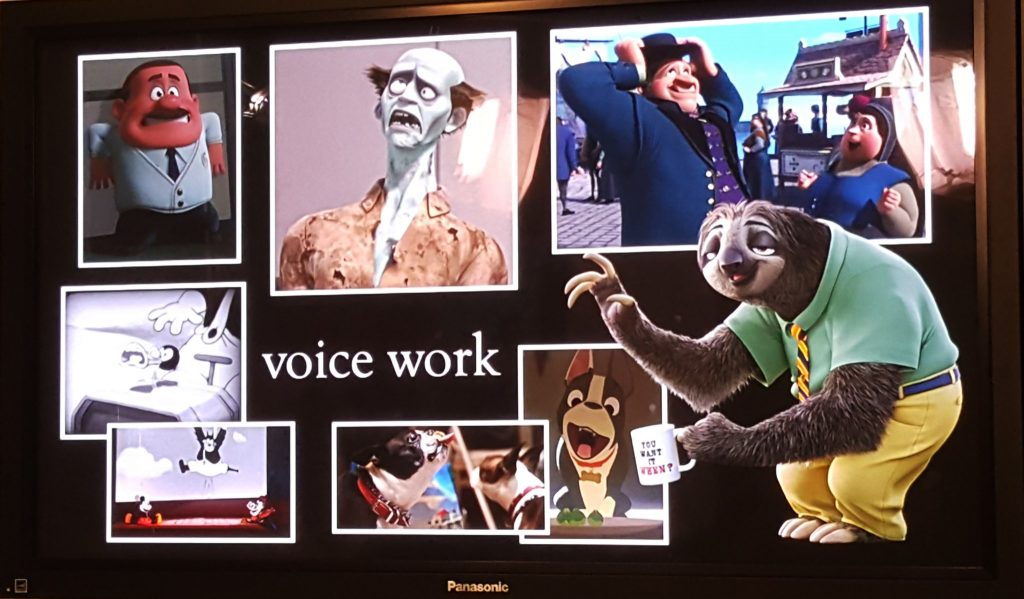 And then on Feast, I did not do any voices on Feast, but I have two Boston Terriers. One is eating the peanut butter in the front. They got to do voices on it. So we brought them in and we recorded them like eating things and we squeezed them to make them grunt and snort. They’re both snorty dogs anyways, so it worked out well. I guess the way this worked for me to do the voice of Gene was, it was a scene, I was actually boarding and when I would pitch it, you kind of do little voices as you pitch, and they go oh, that’s good. Why don’t we have him do the scratch? And then they just kept it. And then for Zootopia, again Rich Moore along with the Head of Story, Jim Reardon, they brought in to do scratch for Flash. And normally you think, oh, you’re going to do the voice of a sloth, you think (in a slow voice) okay, I’ll talk slowly. But that’s not what they wanted. They said no, no, he talks normal, he just has spaces in between the words. So we recorded for like half an hour or so, and they coached me. They showed me what they wanted. We read the lines, and then the scene didn’t change too much because after that, like after that one recording, that’s what they used in the film. I think my voice just sounded stupid enough that it worked. 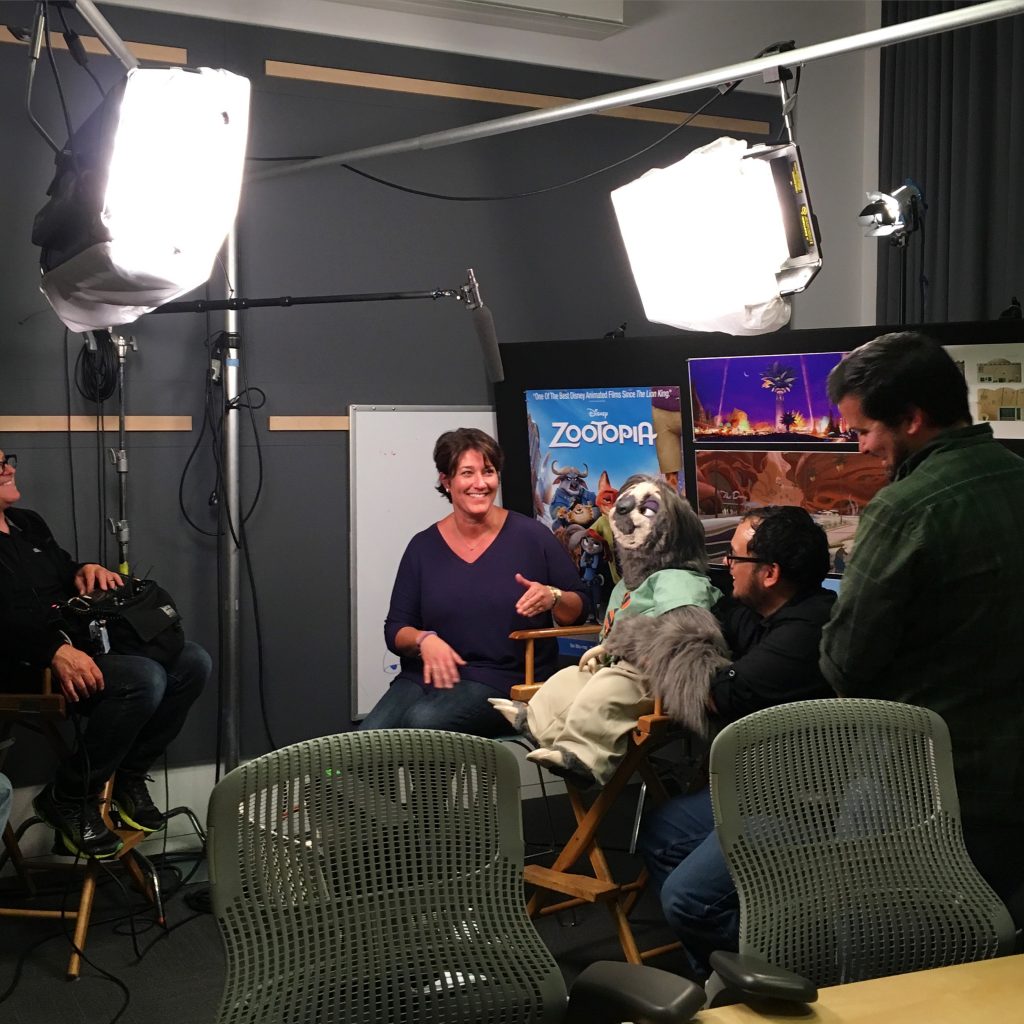 After chatting with Raymond, I had a moment to talk with Flash myself. I didn’t quite get the interview I wanted, but I sure did try!