I have a special place in my heart for Finding Nemo. It was one of the first Pixar movies that the girls fell in love with, and attending the Finding Dory premiere was something I will always remember. From the Dory blue carpet to the beautiful aquariums, this carpet experience was awesome. 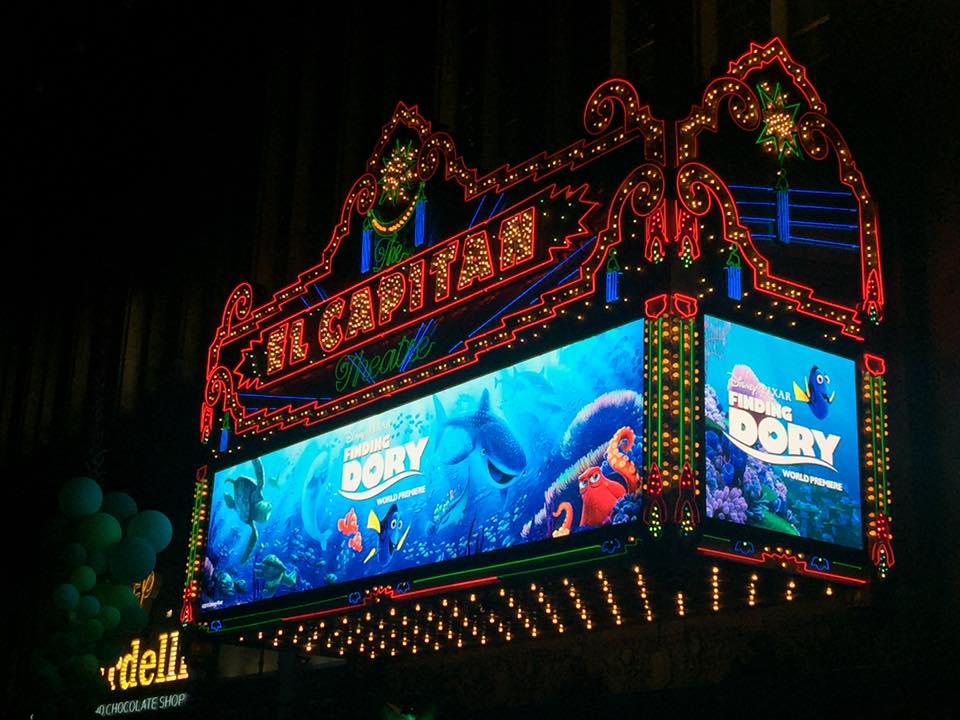 So who were some of the who’s who that were there for the Finding Dory Premiere? Well, of course, we have the main cast and their guests. Ellen Degeneres of course and her beautiful wife Portia de Rossi were there along with Ed O’Neill, Albert Brooks, Kaitlin Olsen, Ty Burell, and Hayden Rolence. Here’s a look at some of the fun photos from the carpet.

As you could probably imagine, starts came out with their families. The after-party was right outside the El Capitan Theater on Hollywood Boulevard. There was some delicious food, great music, fun photo opportunities and family-oriented activities including a huge blow-up slide. Adults and kids had a blast.

The whole Finding Dory premiere experience as I said was one I will always remember. The best part for me was sharing the experience with my recent graduate Gabi. Her dream is to work for Pixar, and she got to see the results of the hard work put into the film being celebrated. She even got the opportunity to introduce herself to John Lasseter, the chief creative officer of Pixar Animation Studios, Walt Disney Animation Studios, and DisneyToon Studios, mentioning it was her hope to work for him one day. He asked for her name again and said, “I’ll remember that.” She was thrilled, as was I.

The movie is all I was hoping it to be and more. Finding Dory takes you on an adventure that continues the tale we fell in love with in Finding Nemo. A year after Nemo and Marlin reunite, Dory remembers she has a family out there who may be looking for her. When she decides to find them, the trio goes on a life-changing adventure across the ocean that takes them to California’s prestigious Marine Life Institute (MLI), a rehabilitation center and aquarium. It’s the journey across the ocean where we see some of our favorite characters from Finding Nemo, but it’s at the Aquarium that we meet three of the MLI’s most intriguing residents that quickly become our new favorite characters. Hank (voice of Ed O’Neill), a cantankerous octopus who frequently gives employees the slip in such a creative way that only Pixar could perfect. Bailey (voice of Ty Burrell), is a beluga whale who is convinced his biological sonar skills are on the fritz. He’s hilarious as he and his best friend Destiny (voice of Kaitlin Olson), a nearsighted whale shark have some of the funniest scenes together. It’s the touching scenes with Dory and her mom (voice of Diane Keaton) and dad (voice of Eugene Levy), that gives you the Pixar heartfelt punch. It will have you fall madly in love with Dory’s story as well as with her friends as they discover the magic within their flaws, friendships and family.

I had a moment to meet jewelry designer Alex Woo at the premiere. I was super excited to thank her for partnering with myself and some other bloggers for this exclusive giveaway. 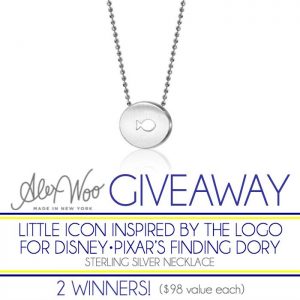 See the whole collection at AlexWoo.com

*The giveaway is open to residents of the US only, ages 18 and up. It will end on 6/27/16 at 11:59 PM EST. One winner will be randomly selected using the Giveaway Tools random selector and notified via email. Once notified, the winner will have 48 hours to respond or a new winner will be chosen. This giveaway is in no way associated with Facebook, Twitter, Instagram, Pinterest or Google. Void where prohibited.

For some more photos and videos from the night, got to Twitter and Instagram and search the #FindingDoryEvent.

*I have been invited by Disney to attended the #FindingDory Event to share my experience with my readers. All opinions are my own.