I mentioned that there were some haters out there giving all these silly reasons you shouldn’t see the new Ghostbusters. But the thing is, it’s a fun night out! It’s a great date movie. It’s a fun family movie, as long as your kids don’t scare easily. Is it the same as the first one? No, it isn’t. It’s a new story, same concept. Is it as good as the first one? Come on, and you are talking about THE original Ghostbusters. But is this one funny? Corny? Fun? Did I laugh? Yes to all of those things. And I laughed a lot. Here’s my list of six reasons why you should see the new Ghostbusters. 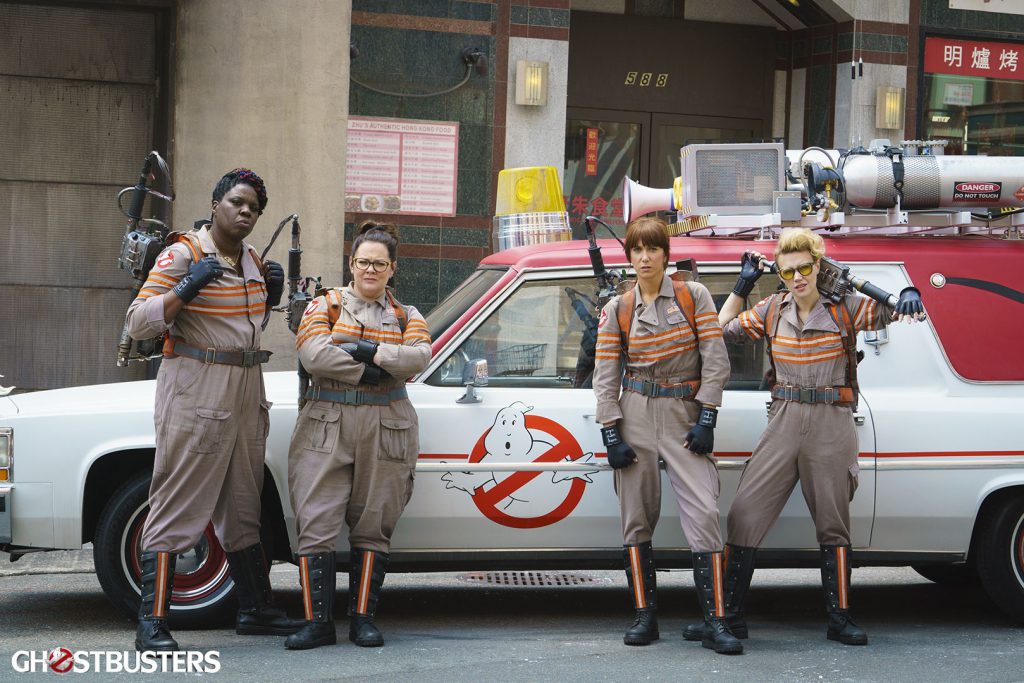 Six Reasons Why You Should See the New Ghostbusters

Look, it’s no secret that when casting for the new Ghostbusters, they got it right when the picked the women. Melissa McCarthy, Leslie Jones, Kate McKinnon and Kristen Wigg are exactly what you would expect from these comedic ladies. They improvised a lot of the scenes, and when they do, you know it, for it truly is laugh-out-loud funny.

Ok, so maybe Chirs should be reason number one, I mean, he steals every scene that he is in for he’s a comedic genius. Who knew?

And last but not least, reason 6 – The Cameos.

I don’t want to give anything away. But yes, you will see some familiar faces, and it’s the perfect nod of approval to these ladies.

I don’t want to give anything away. But yes, you will see some familiar faces, and it’s the perfect nod of approval to these ladies.

Ghostbusters makes its long-awaited return, rebooted with a cast of hilarious new characters. Thirty years after the beloved original franchise took the world by storm, director Paul Feig brings his fresh take to the supernatural comedy, joined by some of the funniest actors working today – Melissa McCarthy, Kristen Wiig, Kate McKinnon, Leslie Jones, and Chris Hemsworth. This summer, they’re here to save the world! The film is produced by Ivan Reitman and Amy Pascal, and written by Katie Dippold & Paul Feig, based on the 1984 film “Ghostbusters,” written by Dan Aykroyd and Harold Ramis and directed by Ivan Reitman. Ghostbusters will be released in theaters nationwide on July 15, 2016.

Available now, Bitmoji users can dress their digital avatars in a tee featuring the classic Ghostbusters logo, don a Ghostbusters uniform and even turn into the Stay Puft Marshmallow Man. The collaboration also features a spectacular new theme pack with classic lines from the films – and a very special appearance from Slimer.

Ghostbusters is in theaters now!

*I’ve been invited on behalf of Sony to cover the Ghostbusters Press Junket to share my experience with all my readers. All opinions are my own.