Being an artist is a gift.  A gift that I don’t have, but appreciate very much.  When a person is not only given a gift such as being an artist, I can’t think of a better way to live your life other than doing what you love and make it into a career.  That is exactly what Floyd Norman has been able to do all his life.  His first job at Disney was working on Sleeping Beauty “inbetweening”, which is the process of generating intermediate frames between two images to give the appearance that the first image evolves smoothly into the second image, which eventually lead to him being hired as the first African-American full time artist for Disney working on 101 Dalmatians.

While at Disney, we got to listen to the legend share his experience on the film.  It was fascinating listening to him talk about working with Walt Disney himself. 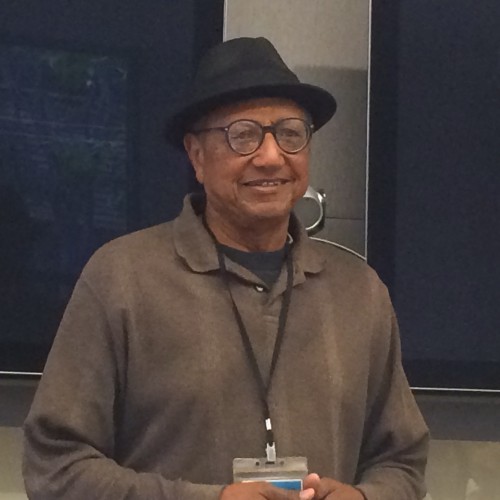 “It was very rewarding and I am so grateful that I had an opportunity to work on such a magical film.  To work with so many great people and to work with Walt Disney himself while he was still here guiding the studio.  He was our visionary.  He was our leader.”

It was a real treat to get to watch Floyd in action.  He took some time and drew a few of our all time favorite characters, but it was the few minutes he spent showing us how to draw Pongo from 101 Dalmatians that was my favorite.

His love of drawing the “old fashion way” is contagious.  He had us give it a shot.  Mine was really, really bad…but I loved watching him turn a simple piece of paper and marker into some of my favorite characters.

He makes it looks so easy!

For the release of the Diamond Edition of 101 Dalmatians, Floyd was hired to complete the unfinished story where the puppies are watching Thunderbolt the Wonderdog as he pursued Dirty Dawson.  Remember how hero and the bad guy fall to their doom over the waterfall?  Well, original story board artist Bill Peet never resolved that particular sequence because according to Floyd, Walt Disney wanted the storyman to get back to the main storyline.  So last year he completed the sequence Bill Peet never finished and wrote and storyboarded the ending of the “Thunderbolt” episode.  This was completely animated the traditional way using pencil and paper returning to Old School Disney animation.  On the new Blu-ray/DVD of Walt Disney’s “101 Dalmatians”, you’ll finally be able to see how the sequence finally wraps up.

Here’s a clip of the completed Thunderbolt the Wonderdog.

This along with many more bonus features can be found on the new Diamond Edition of 101 Dalmatians, available now.

It was a pure joy to meet and spend time with Floyd Norman.  Check out his personal site to see some more of his amazing stories. 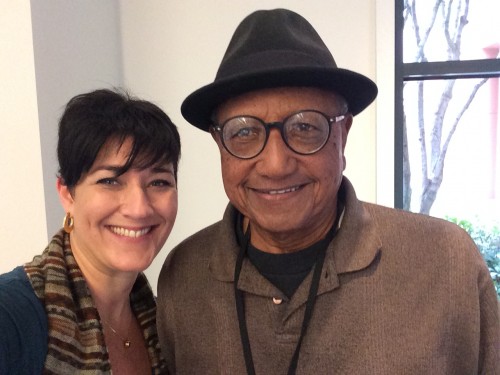 Stay connected with the latest news and information about 101 Dalmatians

*I was invited to take part of a press trip by Disney to cover the release of Disney’s 101 Dalmatians Diamond Edition.  All opinions are my own.