Ok, I know many of you are like me and are huge Frozen fans.  I mean, whether you have little kids or will always be a kid yourself, it’s one of those great movies that will be around forever. 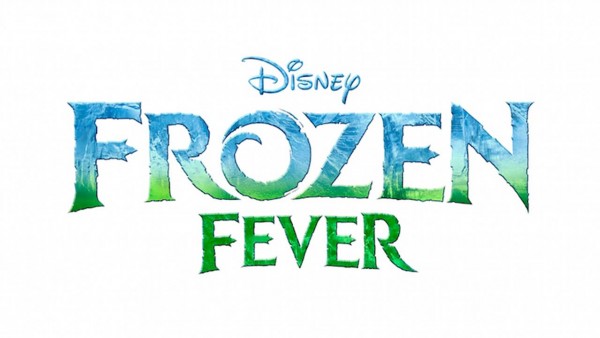 Since I was on the press junket for Cinderella during this trip, we had the opportunity to watch Frozen Fever at the Cinderella premiere.  It’s all sorts of awesome.  Take a look for yourself.

It’s adorable, and leaves you wanting more!  Luckily during the press day, we had the opportunity to interview some of the Cinderella Cast like Cate Blanchett and Lily James.  We also got to chat with the Academy Award winning directors Chris Buck and Jennifer Lee.

So it’s been a year. How are your lives now?

Jennifer:  Uh, we thought they’d be less busy, but they’re not.  So…

Jennifer:  I still find myself going I have to buy another dress?  So.  So yeah.  So nothing’s changed, really.

But Frozen has affected so many people’s lives.

Chris:  Reddit round table is where a woman wrote in saying that she was in a bad place and was gonna commit suicide, and saw Frozen and inspired by Elsa and her journey, and she said, ‘and I’m still here.  Thank you.’  So, you know, we’re overwhelmed by that.  There are autistic kids that watch Frozen that parents tell us they don’t sit still for anything, and they watch Frozen, and they relate to Olaf.  Um, just a few weeks ago a friend of ours working at a nursing home, and  a senior citizen just, she was really sort of internal and not doing much.  And she watched Frozen.  And then she started drawing again.  ‘Cause she used to draw when she was younger.  And she was drawing the Frozen characters.  And her husband was just so grateful she was coming back to life.  So you get those are the stories that we go oh wow.  And that’s how I think our life has changed.  In that regard sort of seeing what… We always knew that these films had some influence and power.  But this one certainly I’ve never experienced anything like this.  So you really do… 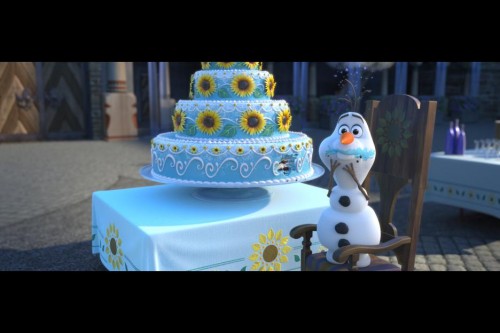 In the Frozen Fever short, Elsa sneezing is the cutest thing ever.  Who came up with the idea of her sneezing and snowmen come out?

Jennifer:   One of our story artists, he was one of the head story artist on Frozen Fever… I mean Frozen itself.  And we were brainstorming all, whatever could be, you know.  Blue sky.  Anything.  And we kept thinking it would be nice to focus on Elsa more.  What’s she like now?  I mean, we end the film.  We had this tragic character.  We end the film, she’s free, but we don’t know.  And, but we’d love to play with her magic in a different way, and he just said what if she’s a cold, and the cold wreaks havoc.  And we, we just went crazy.  I mean, It got ridiculous at some points.  But it was just so much fun…

Frozen Fever, it’s a nice little snack, but what’s the future of Frozen and Elsa and Ana?  Is there anything else coming up?

Jennifer:  We don’t know.  We, we just finished the short, like two weeks ago…

Chris:  We really didn’t have much of a break before we started on this.  After the whirlwind of the feature.  So, um…

Jennifer:  But we’re working on the Broadway musical.

Chris:  And, you know, there’s the Frozen attraction that’s at California Adventure.  We’re very Frozen busy.  But the nice thing is is that they’re actually asking us…‘cause sometimes in the past it’s been, you know, you do the movie and it’s kind of taken away, and, and they do their thing throughout the company without any advice from us.  And it’s always nice to be asked because we know these character so well.  We just feel very, very busy with a lot of it.  So we’ll, we’ll see what’s next. 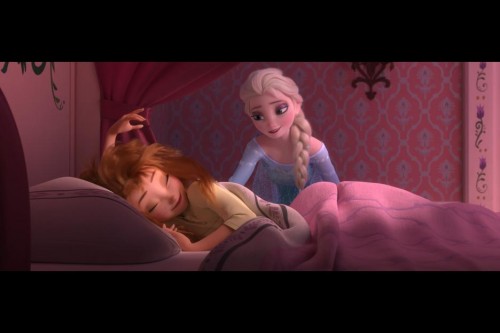 What was it like bringing Elsa and Ana back to life?

Jennifer:  We remember the first day in animation when we saw, I think it was an Elsa shot was the first shot…That came in.  And seeing her alive again, it was… We all were a little, like, [GASPS]  You know.  You… And, and I don’t think we expected that feeling.  I think we were kind of, like, okay…

Chris:  We were a little numb…It was great to see them again.

Jennifer:  That was the best feeling.

Let’s talk about the bed head.

Jennifer:  Growing up, it always looked at how, you know, in a lot of these fairy tales, they do like to show the lead female character waking up!  And she always wakes up, like, ahhh (singing)!  You know, with birds waiting for her and stuff.  And I always, you know, woke up with a rat’s nest on my head.  So I think it was where it came from.  That was in the original and we loved it.

Chris:  There’s even a little bit of drool.

Are there any  Easter eggs or anything in the film that you can talk about?

Chris:  There is one.

Jennifer:  You got to find it.

Chris:  It’s a Disney character.  You’ll have to watch carefully. 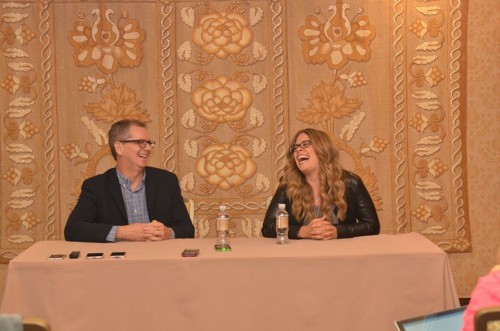 Can you talk about how Frozen Fever is attached to Cinderella?

Jennifer:  I have to say it’s huge for me because my first Disney film was Cinderella.  And then, and once it came on VHS, I think I played it 50, 60 times, and so then I am now working for Disney was my dream when I was a kid, so to have everything come together and, you know, the film I was blown away by how much it was in line with the animated film.  And yet, you know, it went even deeper and it was so beautiful.  So there were a lot of, like, very nostalgic tears last night (at the premiere).

Chris:  But seeing it last night, it felt like sort of the perfect match with Frozen, and then Cinderella.  You know?

Jennifer:  You could feel the inspiration from Cinderella for a lot of us.