Last month when I was out in LA for the Muppets Most Wanted and Captain America event, one incredible opportunity we had was a cocktail hour with the “Moms of ABC”.  They joined us on the terrace of the Walt Disney Animation Studios building as the sun was setting and we got to mix, mingle, take pictures and ask questions with actresses who are real-life moms or maybe just play one on TV. 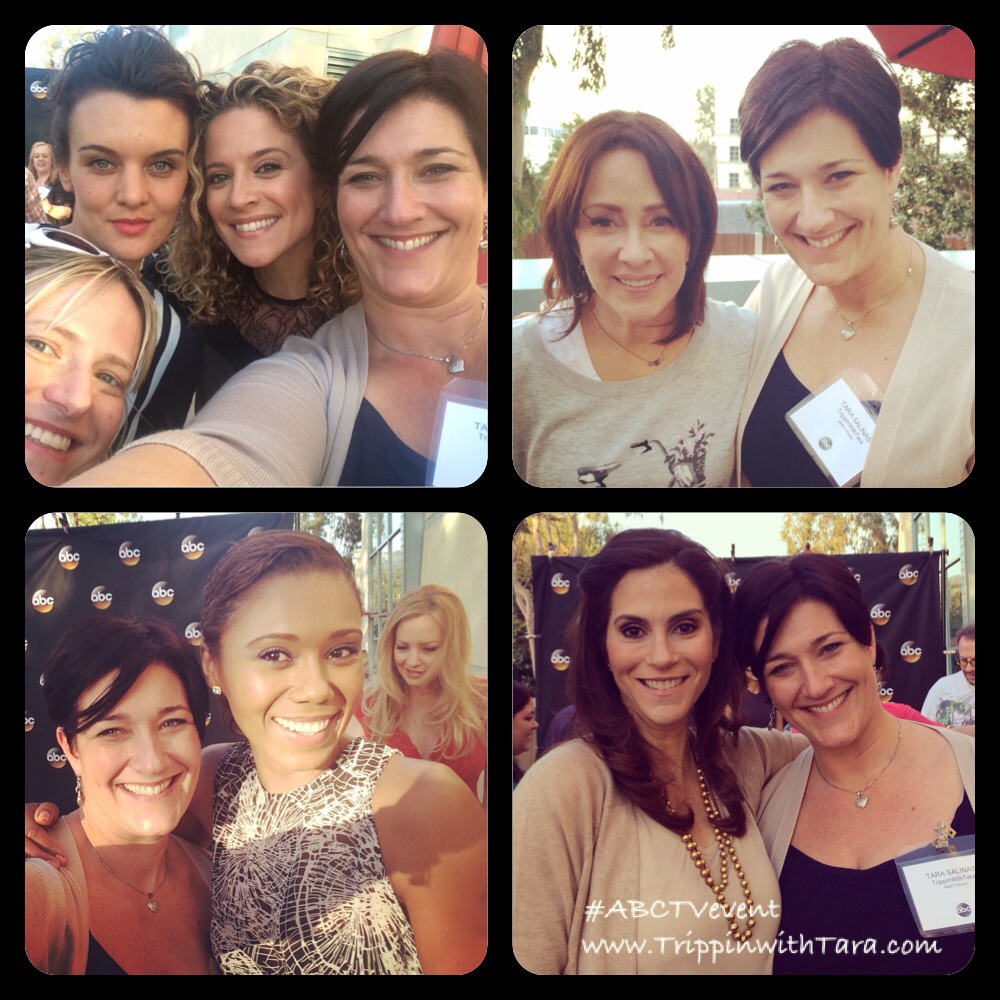 Joined by Wendi McLendon-Covey of THE GOLDBERGS, Amanda Fuller of LAST MAN STANDING,  Ming-Na Wen of MARVEL’S AGENTS OF S.H.I.E.L.D., Patricia Heaton of THE MIDDLE, Frankie Shaw of MIXOLOGY, Alexis Carra of MIXOLOGY, Toks Olagundoye of THE NEIGHBORS, Jami Gertz of THE NEIGHBORS , Cheryl Hines of SUBURGATORY, and Malin Akerman of TROPHY WIFE.  Quite the list of gorgeous, talented women to get mingle with.  Each one sharing stories about their kids and TV kids, and what it’s like to be or play a mom.

To hang out with women that I grew up watching such as Jami Gertz and Patricia Heaton was surreal.  To sit down with them and talk to them about their lives, including their family and different shows or movies they have done was unbelievable.  I can’t lie, it was pretty awesome!

When we all entered, Toks Olagundoye of THE NEIGHBORS sat down by me and we started chatting.  She asked about my kids and shared with me that she is only a TV mom for she doesn’t have any kids yet in “real life”.  She spoke of being born in Nigera, and growing up in Switzerland and England.  She’s very sweet and absolutely beautiful!

It’s Jami Gertz!  I mean, you know, Star in The Lost Boys, Blair in Less Than Zero and Dr. Melissa Reeves in Twister!  She shared how her boys didn’t get the acting bug and her husband isn’t in the industry. She was so nice and genuine and I felt after we were done chatting that I had a new friend. 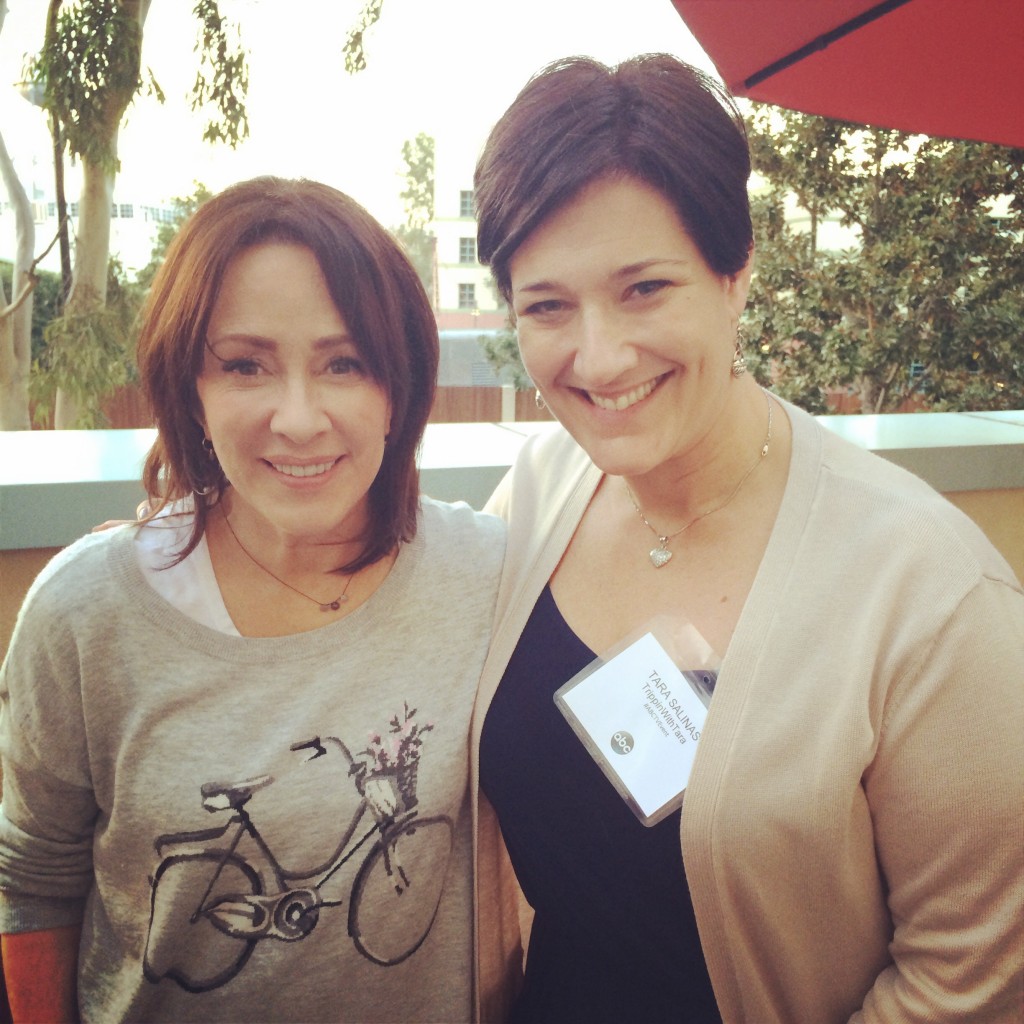 Wow!  It’s Patricia Heaton now on The Middle and formally on Everybody Loves Raymond, she too shared stories of her kids growing up while she was on Raymond.  Even being pregnant while taping.  She now is really enjoying life on the set of The Middle and loves her co-stars as her own family. 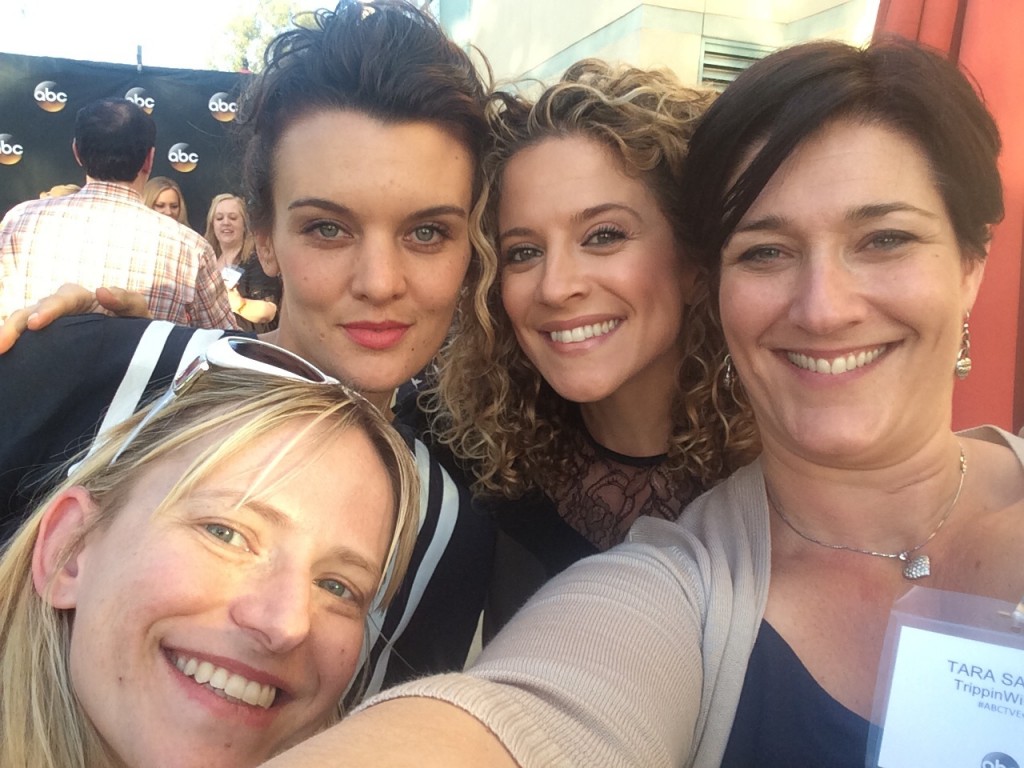 Now these two ladies were so fun to chat with. Frankie Shaw and Alexis Carraba are adorable.  Hilarious and full of energy.  They are on the show Mixology.

Here are some more photos of amazing on and off screen moms that I met.

This was an incredible experience that I will not soon forget.

*Thank you to ABC for inviting me to this Mom’s Night Out Mixer.  All opinions are my own. #abctvevent