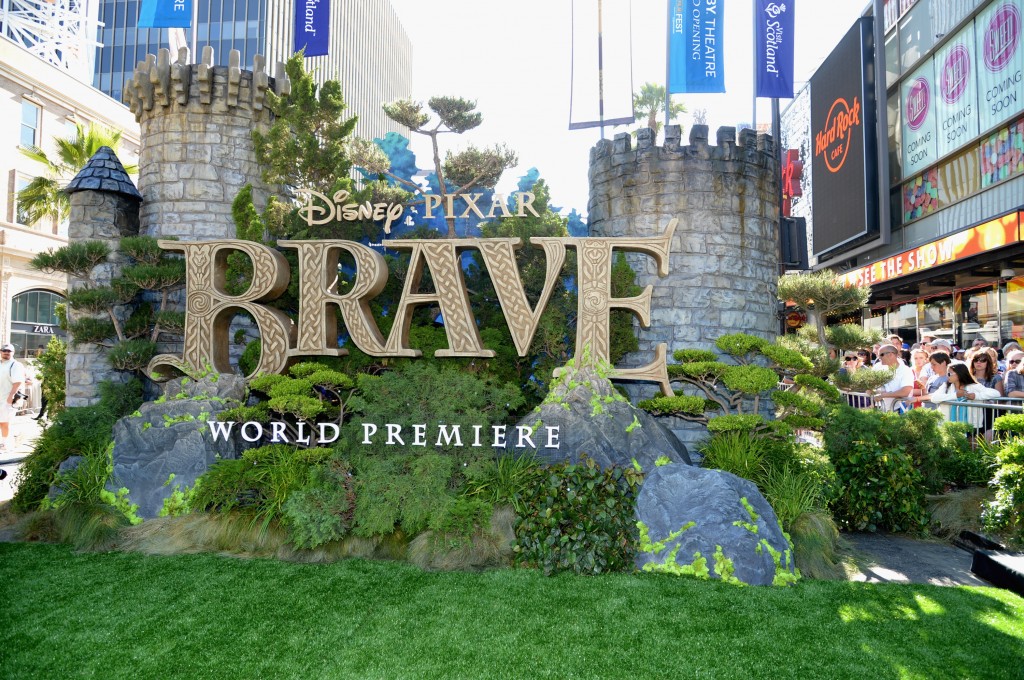 It’s hard to put into words just how exciting this experience was for me.  Maybe it was because I’d already had the opportunity to see the film and LOVED it.  Maybe it was because I got to be part of the interviews with some of the voice talents , producer and director earlier in the day.  Maybe it’s just simply because I had the amazing opportunity to be part of the GREEN carpet premiere of Disney/Pixar’s Brave.  I think it’s just all of the above, but the fact I have a photo of me on the carpet is a reminder that it was all real and not a dream – but it sure felt like one!

Being only a few blocks away, myself along with a group of bloggers all got all dressed up with somewhere to go – to the premiere of Disney/Pixar’s Brave at the one and only Dolby Theater (the home to the Academy Awards).  Walking the carpet and seeing the celebrities was definitely a treat.  Sitting in the theater where being in the fourth row, you know someone you know that was either nominated or has won an Oscar has sat in that very seat…ok, yes that is pretty exhilarating.  I am still in awe that I was lucky enough to be invited to be part of such an incredible event.

After seeing the movie we headed to the Premiere Party for Brave where we got to rub elbows with some of the who’s who of Hollywood and and try an assortment of a Scottish inspired array of food.  There was also a ton of fun activities going on, including archery, bagpipes, LOTS of kilts, presentation of the haggis (by Craig Fergsuon) and a true authentic Scottish feel.  The night was spectacular.

I was invited by Disney to the Premiere of Brave, but all my opinions are my own.