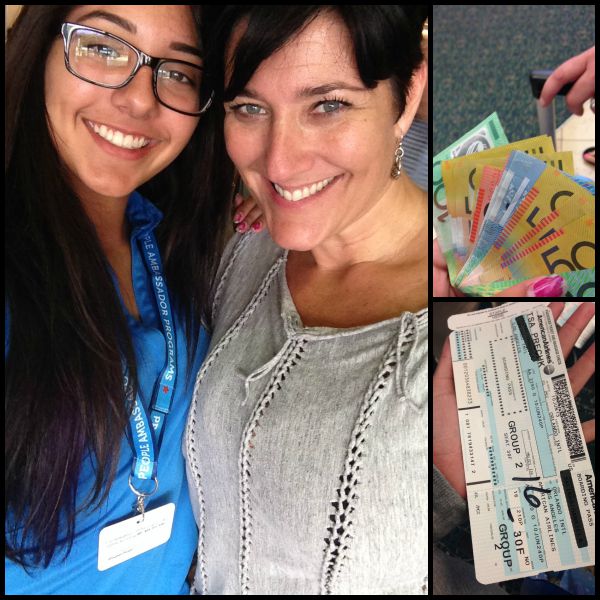 Heading to Australia Day One

Cheers to Day One

Today I left Orlando in hopes of a smooth flight path. HAHAHAHA. The world hates us. An hour delay would’ve been ok, but instead we were delayed a whooping 5. Yes, 5 hours. Florida does have those notorious tornado warnings. 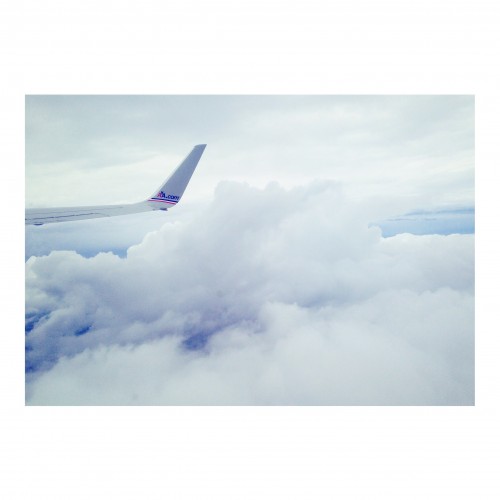 After waiting 5 hours, about 30 of us boarded a 3 hour flight. Fast forward 3 hours and we finally landed in Dallas. At this point in time we were supposed to be meeting the Texas delegation, but due to delays they were already on their way to Los Angeles.
Now, here’s where poop hit the fan. Our connecting flight was missed, and the only other flight to L.A. had been cancelled. So, we all assumed that we would not be boarding a flight to Sydney on time, or at all. Then a flight opened up. It was a direct flight to Sydney from Dallas, but they only had 20 seats. Instead of taking the 19 kids from Orlando, they decided to take the 10 from Melbourne, Florida. This made no sense to any of the traveling kids. In the midst of all the chaos, we were informed there were enough seats to fly us ALL to Sydney, but they couldn’t keep the gates open an extra 5 minutes. American Airlines did NOT communicate with Quantas and I was, and still am, very disappointed in their service.

We, the Orlando Delegation, are stuck in Dallas for the night. We are staying in the Wyndham hotel. Let’s just say it’s very interesting. I am rooming with a girl named Claire. To be completely honest, we bonded over the fact that we both didn’t want to wear pants, and shared a bed… We also both have purple hair. Who knew? She’s actually really cool, and I’m glad I am rooming with her.
Oh, Did I mention that our luggage is in L.A.? Yay to no clothes!
~ Gabi