So much goes into making an animated film. But even with an idea, nothing can happen without the storyboard artists. It’s the process that takes an idea and starts to give it life. From the creators talking about the characters to the artist going through and giving them life, it’s a long process and one that you have to be tough skinned to do. 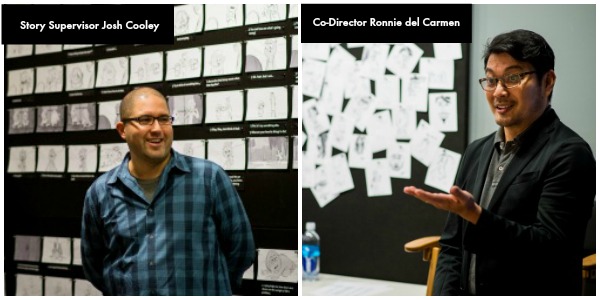 As shared with Co-Director Ronnie del Carmen, “We were presented with the brilliant concept. Pete Docter has this idea to tell as story what goes on inside this little girl’s head. And the character are emotions. It actually started when Pete was observing his own little girl. Wondering what happened to his little girl, becoming quiet and withdrawn. He wanted to find out what was going on inside of her head.” 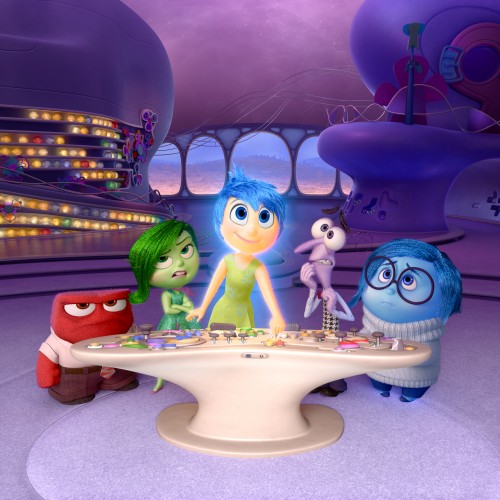 “So where do we start with a concept like that? Well, in a room like this!” Ronnie shares. Storyboard artists draw thousands of sketches in this process. A job that takes a lot of work and like I mentioned, you have to be tough. No easily hurt feelings for this job. 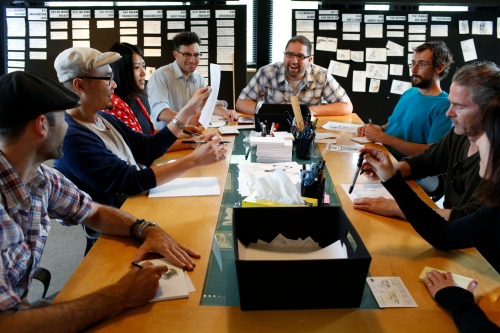 Together all the artists with the directors are able to bring the story together. Starting off with Joy, they went from picking out different hair styles, what color to use, what are their jobs are…so much thought goes into getting started. And Ronnie shared that Joy is his favorite character for he feels that she mirrors a lot of his journey as a parent. 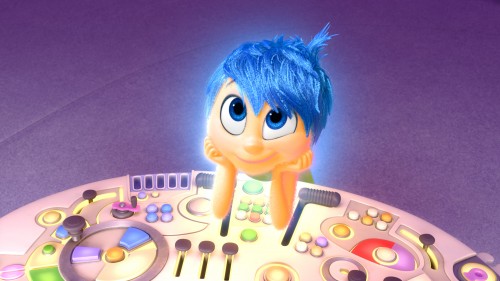 The concept of the movie is about emotions, and what the emotions do for their little girl. There is a whole other world in the head. It’s almost having two movies in one with scenes inside Riley’s mind and then scenes of the outside world. And the drama in the head becomes as entertaining if not more than the story outside of Riley’s head.

The artist shared how they put the drawings on a board and share the stories with the story team and Pete. Part of their job requires public speaking, because when they share the stories they have to put on a little kind of show. Even doing the voices best they can. While doing this, Ronnie had us totally entertained. 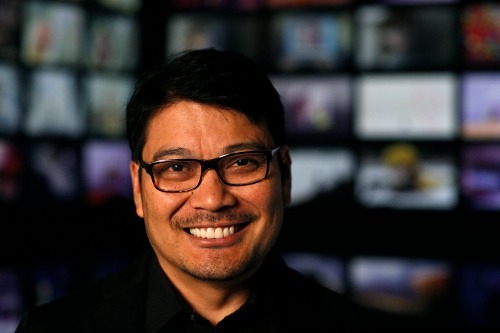 “It’s a never ending collaboration of trying to make the story feel effortless. That kind of feeling of watching a movie and thinking, ‘Of course the mind works like this’, but that took us 5 years to figure out.”

Inside Out will be out this Friday June 21st!