I may be one of the very few people that doesn’t watch Modern Family.  The only reason is time.  I haven’t made the time.  But it’s kind of hard not to know about Julie Bowen.  I was a fan of both Boston Legal and Lost, which she was in both.  And then, of course, there’s Happy Gilmore.  After screening Planes: Fire and Rescue, I am now a fan of her work as Dipper, so I knew meeting her would be fun, but I had no idea just how fun! 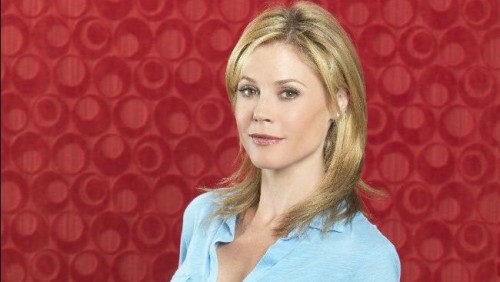 Meeting Julie Bowen is like having your favorite fancy coffee…with an extra shot.  She is full of so much energy and she was so excited to meet with us that her enthusiasm was contagious.  She hadn’t seen the finished film yet, for our group was actually the first to see it finished, so she wanted to know what we thought!

Julie:  Well you have to say that to me anyhow.  I haven’t seen it, so but it’s…I know that it’s gonna hit the sweet spot in my house.  With three boys.  Four with my husband, too.  We obviously don’t always go on the princess alley, although we will visit Frozen. 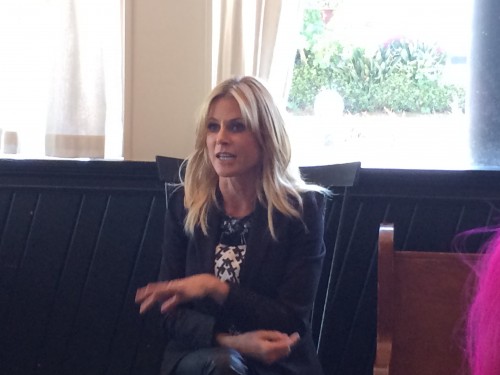 Is this your first time playing an animated character?

For a movie, yes.  I did like a couple little quickie things, like Scooby-Doo.  Because they don’t watch Modern Family.  Kids the world is about them, you know.  They don’t want to see me on a screen, but they like the voice thing.  So when I got an opportunity to do this, I saw how much mileage I got off Scooby-Doo.  They were like worshipping me.  So this, I’m excited to show off to my children.

What it was like doing Planes: Fire and Rescue versus Modern Family?

Oh, it’s so different I am not a trained voice actor.  It’s just your voice, and if you aren’t getting across clearly, the humor, the message, the real sentiment, you can’t deny it.  It’s not something physical you can fix (hair messed up, etc).  I was keenly aware of it.  Luckily they are perfectionists and they are so pro that they very quickly figured out that the best way to work with me was just let me go.  Of course, then some poor editor had to sit somewhere going, “Oh My gosh”.  I mean I was leaping around, swearing.  The original Dipper had quite a mouth on her.  But to get to the like sassiness of the way that she thinks, I kind of needed to spout some garbage. 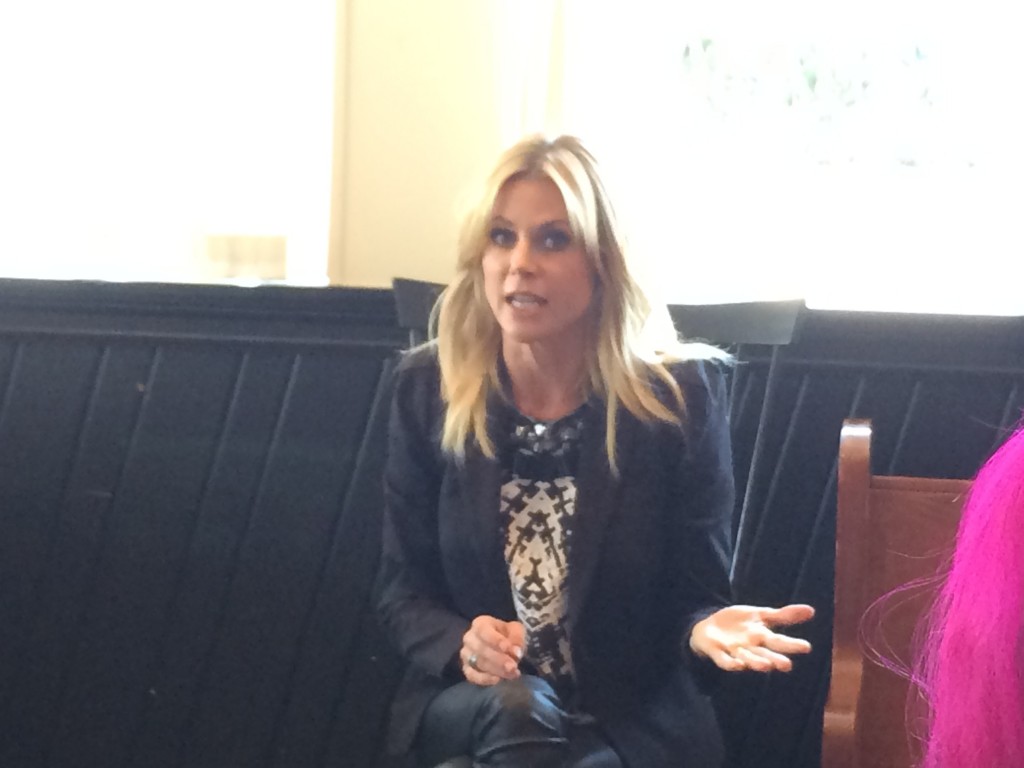 Do you watch the film first and then voice it?

They draw it.  It’s kind of like what you would imagine as far as there’s a rough sketch copy. Like pencil drawing, and then sometimes it’s more than that.  It’s the pencil drawing against the backdrop because I guess the backdrops are more static, or those are painted in.  I’m not exactly sure how that happens but what I see is just mostly some loose drawings in the very beginning.  Moving around and kind of marking the major things.  Then I come back like six months later and they’re drawn more.  The cool thing is, six months or eight months later, they’ve taken all that spouting that I did in the booth, and running around and sweating, and they incorporate it into the character.  And now they’ve started to draw her movement and her mouth and everything to fit that.  That was very cool to see.  Somebody had to work very hard.  The last things I’ve seen have been, to my eye look finished.  I’m sure a professional will have tweaking to do or something. 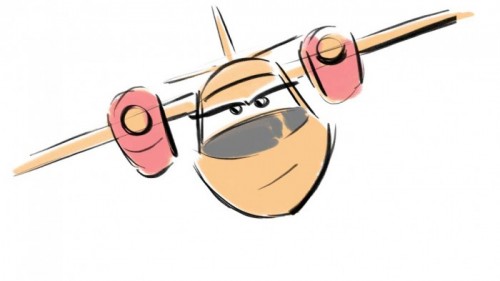 Are you ever with other actors in the booth or always by yourself?

No.  I was always by myself except for when I did Scooby-Doo it was in a room with a bunch of people.  But, those are serialized.  You know, it’s weekly or however they do it.  So they’ve got a much faster production piece.  I don’t think you can afford to bring one person in at a time.  I was completely alone.  But luckily Dane Cook was done. It was completely done.  So I could hear him, I could hear Ed Harris, I could hear everybody else.

How intensive was the process for the animators compared to your work on Modern Family?

I mean this was so great and short.  Even though I sweat a lot and get really anxious whenever I had to go in, I didn’t have to go in that many times.  Bob was so great that they just let me go, instead of trying to…let’s get the line.  Stop. Let’s get the line.  They just were like, just do whatever you want and we’ll tell you if we need something else.  So they had a lot more material probably than they needed.  I just went in to like polish up bits, or change it for legal reasons or whatever.  It’s kind of hard to believe it’s actually coming out as a movie.  It seemed like a fun place to go where I didn’t have to wear makeup.  [LAUGHTER] Modern Family is you get there- it’s a process, but I’ve been doing TV for a long time so you’re getting there at six a.m. and somebody makes you look much better and, by the time you get to the stage at seven thirty in the morning it’s been hours and it’s like go team. This was very different.

Julie was truly fantastic to talk to and she seems super excited about being part of Planes: Fire and Rescue.

Just a few more weeks until this fun for the WHOLE family film hits the theaters!