Monster Jam® Triple Threat Series Orlando is coming next month. This adrenaline-charged, high-flying, four-wheel excitement is coming to the Amway Center in Orlando August 18, 2018, for two shows. Tickets are now on sale and we have a $5 coupon code for you below. The new season will bring motorsport fans to the edge of their seats with a show that is fun for the entire family and is unlike anything else seen at other the stadium-style events. 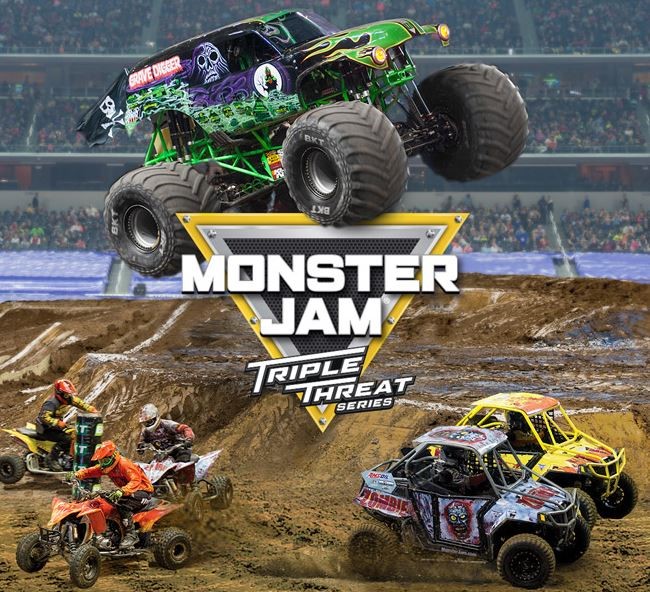 For more than 30 years, Monster Jam has been coming to Orlando to the Camping World Stadium. The Triple Threat Arena Tour debuts in Orlando for the first time and is an entirely different format than Orlando fans have seen at the stadium. This upcoming tour will feature eight of the most talented Monster Jam drivers competing on three vehicles during the competition. Orlando fans will witness a fierce battle for the championship with each competitor using customized high-powered trucks: Monster Jam Speedsters, Monster Jam ATVs and the famous Monster Jam trucks closer to the action than ever before.

The eight athletes all competing in individual racing and skill competitions and overall event championship are:

Monster Jam is one of the only sports where male and female world-class drivers, some generational rivals, are equals competing for the same championship on the same track. Following racing, just like the show at Camping World Stadium, Monster Jam fans in every city will have the chance to vote for the truck winner in the donut, wheelie and freestyle competitions by real-time, in-arena fan voting on their smartphones. This tour features two female athletes among the eight total competitors. 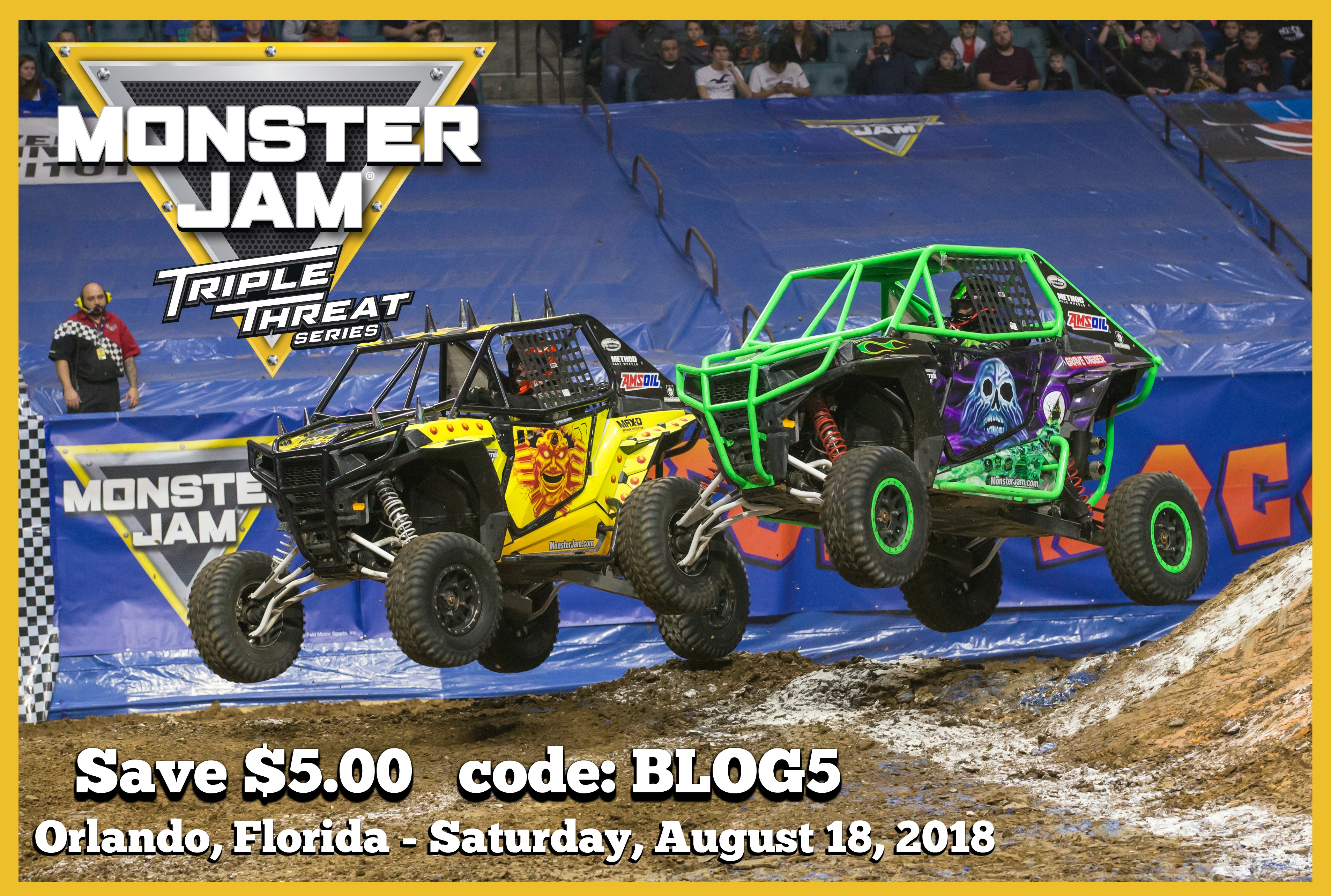 Save $5 off select seats with code 5BLOG.

“I am a Feld Entertainment Blogger Ambassador, and in exchange for my time and efforts in attending shows and reporting my opinion within this blog, as well as keeping you advised of the latest discount offers, Feld Entertainment has provided me with complimentary tickets to Feld shows and other exclusive opportunities.”