I know that there are some Nashville fans out there.  With the season finale happening tomorrow night, I can share with you a little about what the Executive Producers Callie Khouri & Dee Johnson, and actor Eric Close (“Teddy Conrad”) shared with me about the show.

What is the finale all about?  Here’s the episode synopsis –

“On The Other Hand” — As Will Lexington’s album climbs the chart with the help of Jeff Fordham’s deep pockets, Rayna enlists Teddy’s help to plan a huge, free concert at LP Field to draw attention to her Highway 65 debut. She will perform with Luke Wheeler and duet with Juliette before thousands of fans.  Zoey, Avery and Gunnar rock out at a benefit for Deacon’s favorite charity, Sober House, and Avery plans to serenade Juliette with a song he wrote for her.  But when he attempts to sing it, he doesn’t understand why she is not present.  And Scarlett makes a decision about her future in Music City, on “Nashville,” WEDNESDAY, MAY 14 (10:00-11:00 p.m. ET) on the ABC Television Network.

We watched both episodes 221 and episode 222, which is the season finale, at the Walt Disney Studios Hyperion Bungalow, which in itself is a very special building. 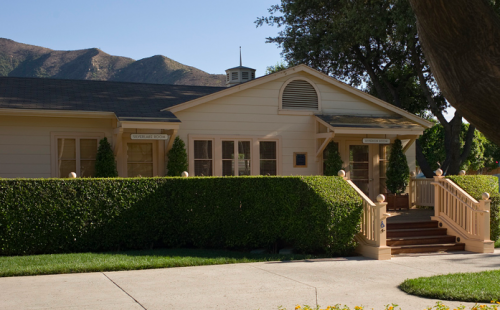 The Bungalow was built in 1935 as the original home of the Disney Publicity and Comic Strip Departments.  It was constructed at the Disney Studios on Hyperion Avenue in Hollywood and moved to the Burbank location as part of the construction process in 1939-1940.  At the Disney Burbank lot, the building housed many support services over the years. Payroll, Publicity Support, Traffic and finally the Post Office were located in the building.  The structure is the last remaining example of the “California Bungalow” type architecture that remains from the Hyperion studio facility.  Its attractive style and utility, dating back to the early years of the company, give it a special place in the history of the Disney lot.

Sitting in the during the tail end of our screening were Dee and Callie, they were thrilled to see our reactions to the finale.  They said that it rarely happens to see it with people that weren’t part of the production of that episode.  It’s a jaw dropping episode for sure.  Makes the fact that being signed on for a season 3 that much sweeter!  If you are a fan of the men in particular, they have promised a new season of even hotter guys (is that even possible?) to add to the already steamy storyline.

Callie Khouri, screen writer of Thelma and Louise, prides herself on writing about strong female characters.  Making Nashville to have the Rayna character be a strong female mattered most.

As we discussed characters and story lines we were asked if we’d like meet our surprise guest, and in walks Eric Close!  Yes, Eric Close who plays Teddy Conrad, Rayna Jaymes ex-husband and the current Mayor of Nashville.

He was friendly, funny and chatted with us for a bit.  At the time of the interview, season 3 hadn’t been signed on yet, so he joked that he still didn’t know what was going to happen yet with the show.

Need to catch up a little?  Here’s a clip from last week.

Spending time with Maddie has stirred up old stuff in Deacon. He tells Rayna he’s still not going to forgive her for not telling him about Maddie, because that’d mean she did something wrong. He’s grateful. Watch this emotional scene from Nashville Episode Episode 221: All or Nothing with Me.

And here’s your peek at what’s to come this week.  Be prepared.  It’s going to be so good.

Ahhh, so what do you think Rayna’s going to do?  Just a little more time and you will have your answers.