Coming back from a trip like the one I was just on for Million Dollar Arm always brings so much excitement.  When a group of bloggers want to get the word out about a film such as this one, the best way to do that is by having an awesome twitter party. 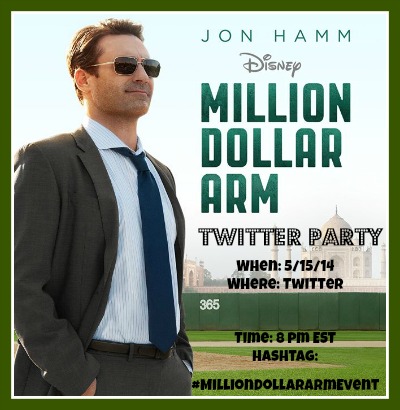 What do you need to do to join the party?

Then RSVP using the linky tool below.

MILLION DOLLAR ARM opens in theaters everywhere on May 16th!