With all my recent travels, I wasn’t sure if I would have the opportunity to see Pete’s Dragon before it was released, but Disney made it possible with an incredible screening under the stars. Disney arranged a setting at Fort Wilderness with giant oak trees blowing in the breeze during an unusually cool summer night. I brought my daughter Gabi, 18, my niece Natalie, 11, and my nephew Nico, 13 to join me to see that Pete’s Dragon is simply magical. If you are a fan of the original, this is not a remake, but a reimagined story, with just as much magic, yet completely different. Here’s why you will want to take your family to see Pete’s Dragon. 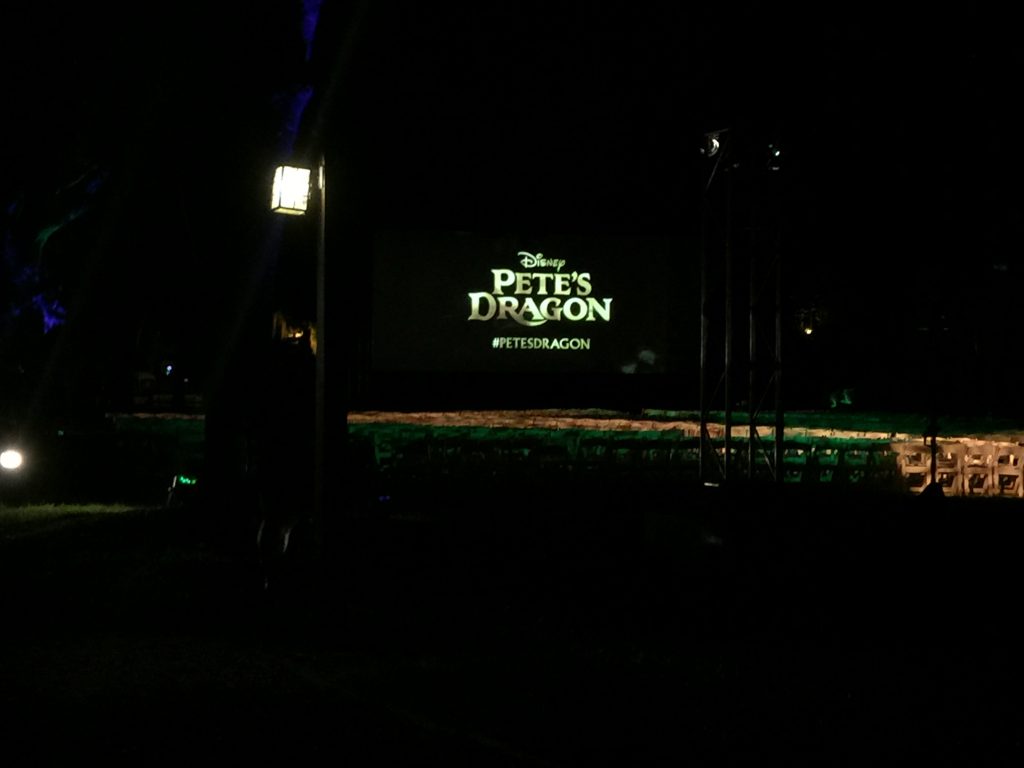 “The dragon is a symbolic creature from mythology and mythology was a big deal for me as a kid growing up, so I’m a big believer in its importance,” says Redford. “I grew up in a working class environment where there were not a lot of options for entertainment, so you had to kind of create your own. And it was about a greater world and greater characters and greater creatures than I knew, so therefore, it was very, very attractive to me.”

Residents of Millhaven have always viewed Mr. Meacham as the eccentric outsider who will talk to anyone about the dragon he once saw in the woods, but he is not crazy. Redford explains, “He’s the only person to have claimed that he’s seen the dragon…nobody believes him, but they like him and he’s a part of the community. He’s isolated, not because he’s an outlaw, but because he believes in magic, and I thought that was a wonderful character to have in a film.”

Redford continues, “I’m a storyteller, and I believe in storytelling, so I told my kids stories. I think it’s really invaluable. In fact, I think ‘once upon a time’ is one of the greatest phrases imaginable. When you’re a kid and you hear ‘once upon a time,’ it’s ‘ah, I’m going to get something now.’”

Bryce Dallas Howard is not just great in this film, but she is an awesome person. You can read a full interview on my friend Lisa’s MomOnTheSide.com blog post, but here’s a piece shared from the production notes as well.

Bryce Dallas Howard’s journey with “Pete’s Dragon” is almost as magical as the film itself. The actress thinks of the original “Pete’s Dragon” as a fundamental part of her childhood. “It was one of my favorite films as a child,” Howard says. “One of my earliest memories of watching a movie is watching ‘Pete’s Dragon.’ There’s something singular about that film…I don’t know what it is, but it immediately touches the inner child in me.”

“I loved the tone of the script, and David (Lowery, director) was not looking to step on people’s memories of the first film, but wanted to create a film that could stand side by side with the original,” she says. Howard continues, “It is a smart, family film but it’s also a compelling adventure, too, and I believe audiences are craving a family film that’s smart and emotionally engaging. The best Disney films are cathartic and feature characters that start with nothing and end up receiving more than they could ever have hoped for, and they provide children with opportunities to process difficult feelings, which this film does as well.”

When we were attending the screening, we had the opportunity to meet Oakes after he did a quick interview in which he shared, “Bryce is nice and motherly. She was always fixing my hair and making sure we were all safe on the stage and stuff. And Robert, I mean, he’s a legend, and really cool, funny. He’s been in this business for a very long time and knows so much about it, so I learned so much from him.”

“We were filming in New Zealand for four months, and it was fun to have my family come out and spend two weeks with us. My mom was with me the whole time.” 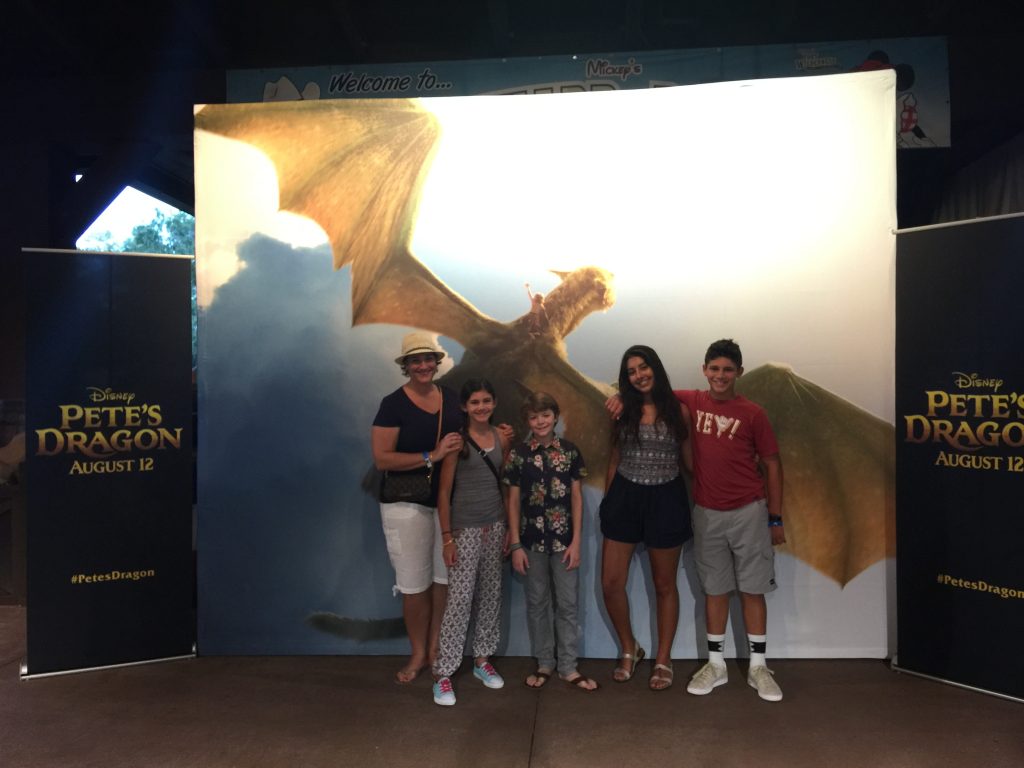 The message of the longing for a family that Pete’s Dragon tells is one that you’ll be happy to discuss after watching the film with your family. 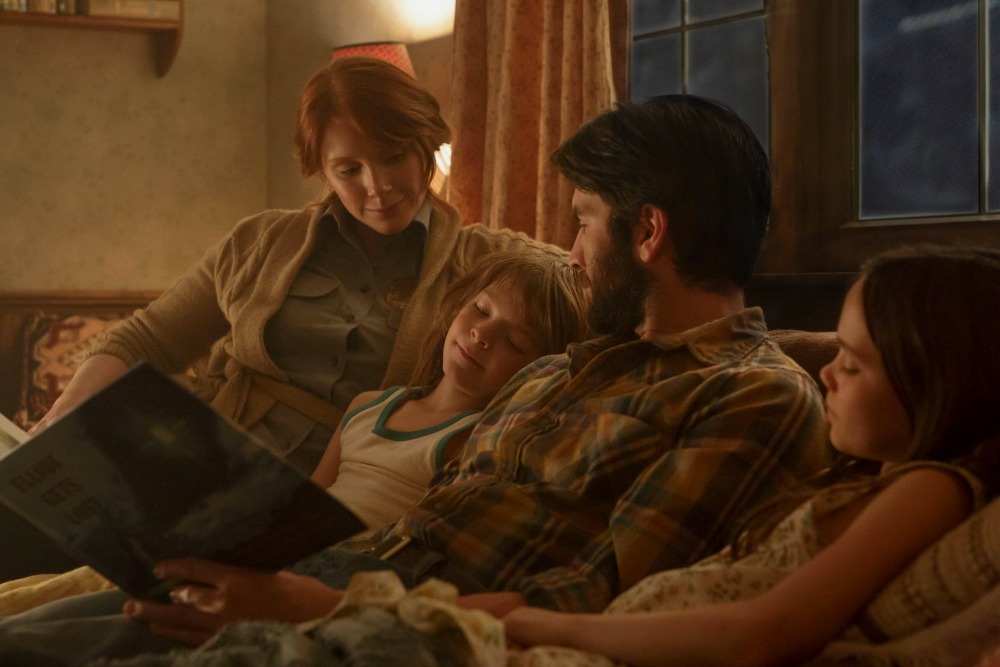 There are actually some similarities between this and the original “Pete’s Dragon.” Both stories deal with a sense of belonging, and in Pete’s case, a sense of family. Producer Jim Whitaker shared, “There’s also a purity to both films and the wonderment of seeing things through the eyes of a child.”

Elliot. I wish I could have him. He’s like a giant green puppy with wings.

While Elliot is entirely computer-generated, he is still a fully-fledged character in the story, and someone whom Pete, and I believe you too, grow to care for a great deal. Elliot’s presence allows Pete to be able to figure out what he needs, in a narrative sense, and he instinctively understands what’s missing in Pete’s life and that he belongs somewhere else.

Now that Pete’s Dragon is out in theaters, you can see for yourself all of these elements that will make you believe in magic.