I wonder what it’s like to be the voice of an iconic character such as Marlin. Albert Brooks talks and all I hear is him as a worried clown fish, trying to find his son Nemo. However, in Finding Dory, Marlin and Nemo set off on a new adventure. Dare I say, it’s even more adventurous than crossing the ocean the first time to find Nemo. The cutest child actor Hayden Rolence who voices Nemo joins Albert for this exclusive interview. 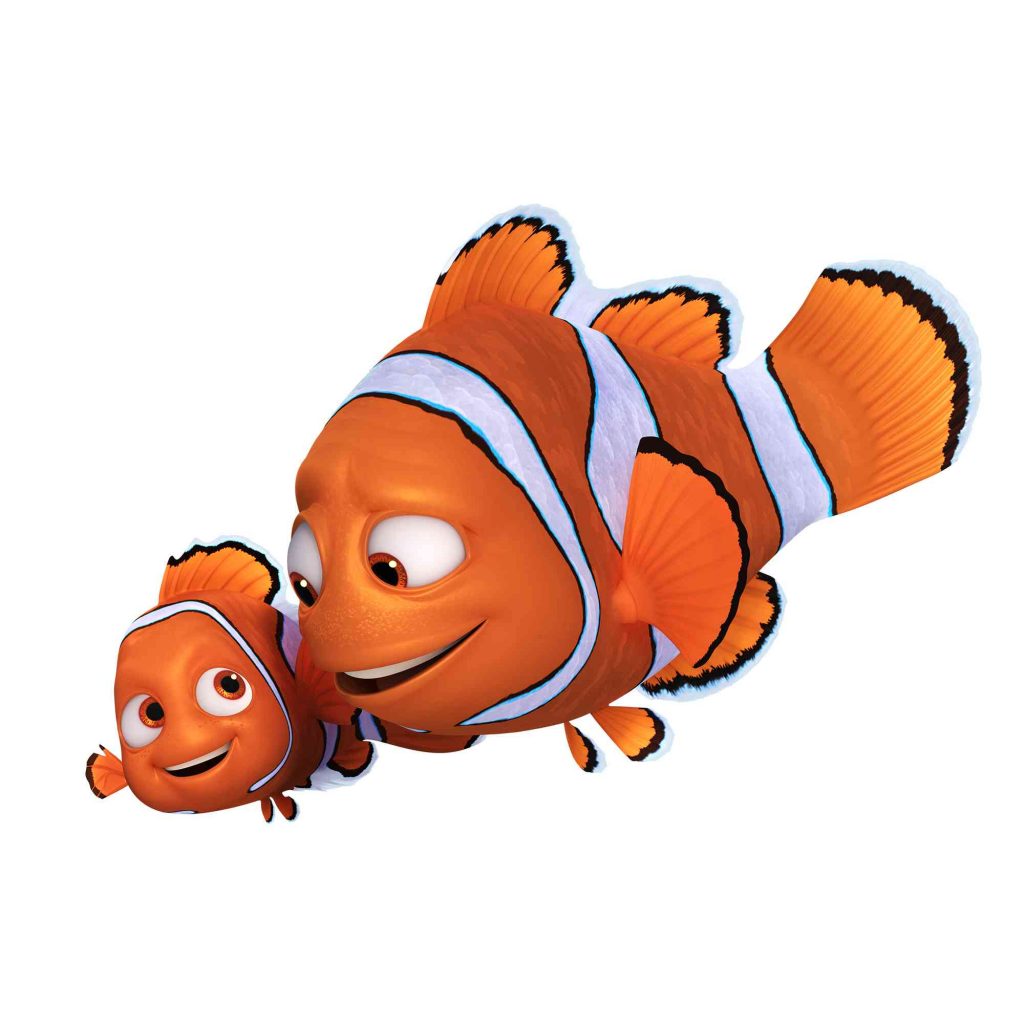 The Marlin and Nemo Interview:

***Warning, if you have not seen Finding Dory yet, (what are you waiting for?) you may want to hold off reading this interview for there may be a few mentioned scene that could be spoilers.

Albert and Hayden join us and as Hayden sits down first, this is how our conversation began with Albert introducing Hayden.

Albert: This is my son. (Everyone laughs)

Marlin is such a worrier as a father and I was wondering if you relate to that at all being a parent or if you have a different style?

Was it easy to slip into the role again?

Albert: I’m telling you it happens in about out twenty seconds.b Because the character itself, they didn’t age the character, so if it’s a year later, you’ve created the character. So as long as you’ve got your wits about you, you can do it. It’s like no time passed. But if they’re going to make a third one, they better hurry up because he won’t get a job and I’ll have to have a wheelchair. (Laughing)

Hayden, were you a Nemo fan?

Hayden: I was a very big Nemo fan, even before I knew that I was going to be the voice of Nemo, I was still a really big Nemo fan.

What was your favorite part about out being able to voice Nemo?

Hayden, what were some of your challenges?

Hayden: The biggest challenge was probably knowing that that Nemo was already a character and knowing that I wanted to do him justice. I didn’t want any disappointment.

You did a fabulous job.

Having just seen the movie for the first time, tell me, what are your thoughts.

Albert: Well I just saw the movie last night for the first time and I’m still thinking about it. I don’t want to give it away – but the best one image of the movie were the shells. It looked like another planet and it had so much emotion in that one image, I just couldn’t stop thinking about it. It was gorgeous. And I didn’t know that it was there and I actually am sitting in the audience and she’s swimming through that murky water and I’m wondering, well they left the action, where are they going…and it was that one visual image, I thought, was the most beautiful thing in the movie. And a couple of my jokes. (Laughing)

Hayden, what did you think about the red carpet experience last night?

Hayden: This was my first premier, so I was really excited but I was also a little bit nervous. Again, because I wanted to do Nemo justice and I was just really excited to see the movie for the first time.

Albert: No other premiers are like that, trust me, they never take over whole streets. (Laughing) Wasn’t last night the first time you saw it?

Albert: Yeah, you know, because you don’t know- obviously you can have as much input as possible when you’re doing a voice, but there are a thousand people up there, the credits are longer than most Pixar movies. You have no idea what the finished product is going to look like. And so it’s sort of this magic trick. I was sort of surprised at what I bought into. I mean, I’m watching this octopus drive a truck, and I’m going “look out?. (Laughing)  and then I’m going, why am I saying “look out”, I know what’s going on (Laughing at himself) it’s just crazy, you just start going no-no-no turn left (Laughter) and I like that part of this movie too. You learned a little bit. You learn an octopus has three hearts so it teaches you something, that means that Pixar can deduct this, call it education! (laughing) It’s a whole tax scheme.

What are you hoping families walk away with?

Albert: I’m not a big message person because I think that you sort of fail if you try to do a message. Here’s the thing about the movies this really is a movie that you can take kids to and you’ll sit through and enjoy. It’s the ultimate children’s movie but it’s enjoyable. I don’t think I’ve seen a movie like that for a while. And it’s, it’s funny without being sarcastic. And it’s heartwarming without being schmaltzy and I think people will be surprised that there’s more maybe more feeling than they thought. I’m not saying oh I hope people take away… people, they can just take away the popcorn. I don’t like to tell people what to do emotionally. But I came out with more emotions than I thought I would. And so I think that’s a good thing.

Albert: I was worried just as a participant when the movie, you know, the movie went through a lot of changes. And I was worried initially four years ago well, how are you going to do the memory thing over a whole course of a movie. And because in Nemo the Ellen character is a sidekick and you can make that about jokes. But you don’t want to do that same joke for an hour forty. So I was always raising my hand going, but you’re not going to make that the same joke. So those devices of the flashbacks and making it more of an issue, that I thought they did great. And I had not seen how that was done quite frankly I didn’t even know about the flashbacks. So that was a surprise and I thought it worked great. 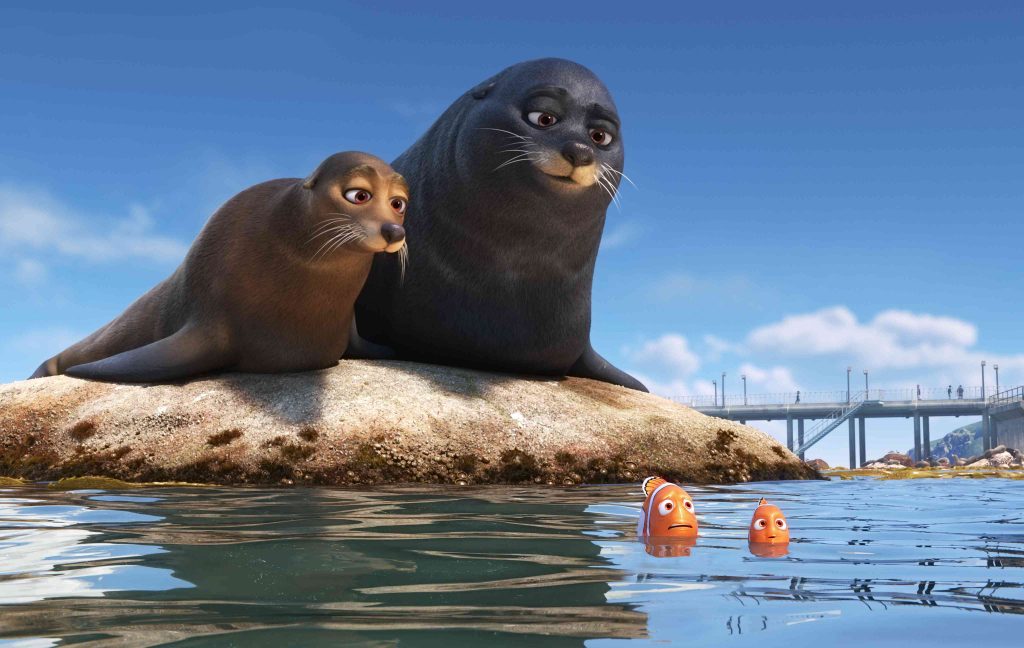 What can you tell us about Hayden taking on Nemo?

Albert: Listen, Hayden did a great job. That’s a tough thing, because you come in and people say, well does he sound like him, and it’s hard to do that. And I thought you did great. I mean it fit in, you can think about it. You did it naturally and you always get some judgment if you’re doing a voice that someone else has done. But if the original Nemo did it, it really would have sounded odd, he’s forty now. (Not really, he’s joking. He’s now 22.)

Did you do any sort of preparation, did you watch Finding Nemo?

Hayden: I did watch Finding Nemo a lot, just to sort of get myself prepared for trying to make my voice sound like Nemo. I live in Illinois so I had to send in a tape, rather than a live audition.

Albert: Oh is that how you did it?

Albert: That’s pretty good, I didn’t know you sent in a tape. (laughing)

Hayden, what was your reaction when you learned that you actually got the job?

Hayden: I was actually at school when my parents got the call from my agency, and my parents told me that I had like an audition that day. So my dad got out the camera and then they told me the news. And I was sort of in disbelief at the beginning, I’m like you guys are joking with me right? But once I realized that they weren’t actually joking with me, I was like astonished. I couldn’t believe it.

Albert: (Laughing) I love it. Why don’t you run for president? (We all laugh!)

What were your thoughts when you heard that they were making a Finding Dory and that you would be doing your role again?

Albert: You know, it was so long between the two, I had given up on that. Listen. Ellen campaigned for this on national television for ten years. So I would see it occasionally and I’d say, good, let’s berate them into doing this. I just want the product to be good. The thing about Andrew Stanton is out of all the animators there, I think if he thought he couldn’t do it, he just wouldn’t do it. He hasn’t made a Wall-E sequel and he’s not a big sequel guy. I know he worked on Toy Story but the ones he’s directed. So I felt that I didn’t know exactly how, but I felt that he would figure it out. I just want it to be good. I want them to like the movie first and foremost.

That’s a safe bet with this one

Albert: Well you never know, there’s always cynical people. But I think it’s going to be hard to hate, that’s the hope.

Hayden: It was very fun. Everybody was really nice, especially like Andrew and Lindsey and everybody. They were all really nice and they wanted to make every little bit of time that I was there really fun.

Hayden, was there a scene where you taped the voice over and then you saw it on screen last night and you were just so surprised that it could be transformed into that?

Hayden: Yeah that was sort of the entire movie because I mean, I like I did this alone. I had nobody else working with me besides the people who were trying to get my voice to sound like Nemo. And so I was really excited and I was just in disbelief like, okay how are you guys going to make it like I’m talking to people in this movie if I’m not talking to people? (Laughing)

Finding Dory made over $136,000,000 for opening weekend. I think it’s safe for Albert to breathe that people love the film.

FINDING DORY is in theaters now!

*I was invited by Disney to the Finding Dort Event to share with my readers. All opinions are my own.