While on a Disney press junket, I never know what kind of amazing experience they will have in store for us for it seems that each trip tops the last.  This trip gave us a very unique and special visit to the home of the late Walt Disney.  The home he shared with his wife Lilly and daughters Diane and Sharon from 1932-1950. 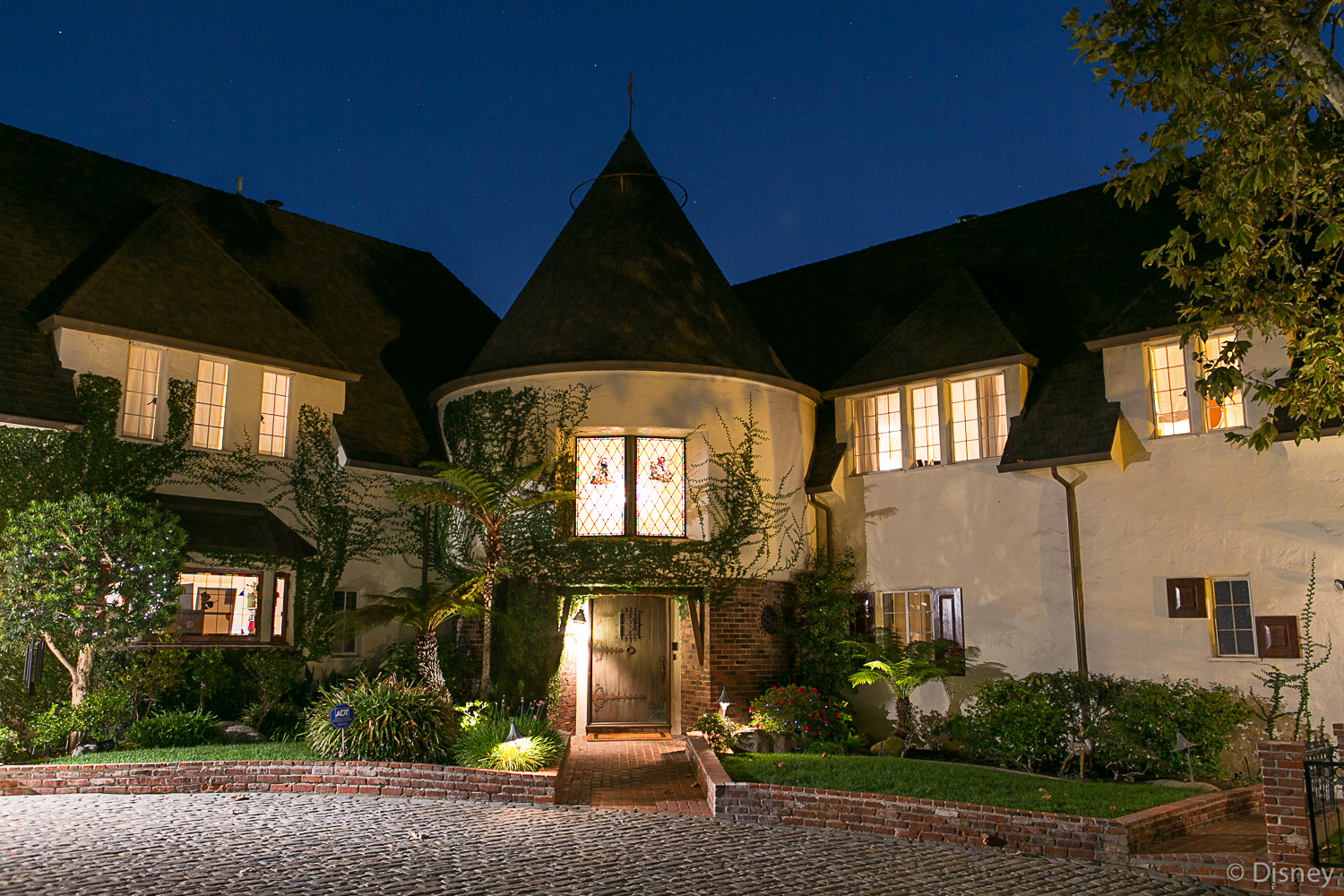 The reason of this special visit was in conjunction with the upcoming releases of both Maleficent and the classic Sleeping Beauty.  Sitting in the very screening room that Walt sat in to watch the dailies of Snow White, Fantasia and many other classics was truly an amazing experience.  Sarah Hyland joined us during the presentation of the Sleeping Beauty bonus features and chatted with us about being part of this fun project. 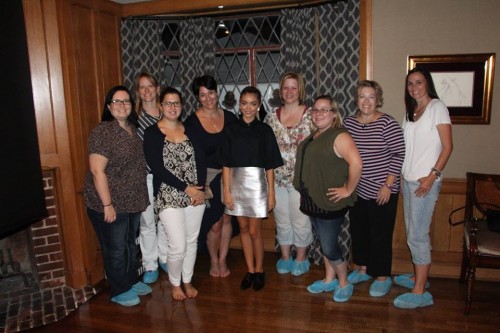 After watching the bonus features we then continued on the tour of the home.  I can’t begin to describe how surreal it felt to hear stories of Walt Disney and his family and be in the very spots where photos were taken of him not being this great mind that we all have fallen in love with over the years, but a husband and father.  Hearing the story of the Christmas morning he wanted to surprise the girls with a dollhouse of their own and then to put yourself in that scene for you are in the living room and the playhouse is still standing.  It was simply special.  An experience I will treasure for it truly is one of those once in a lifetime opportunities. 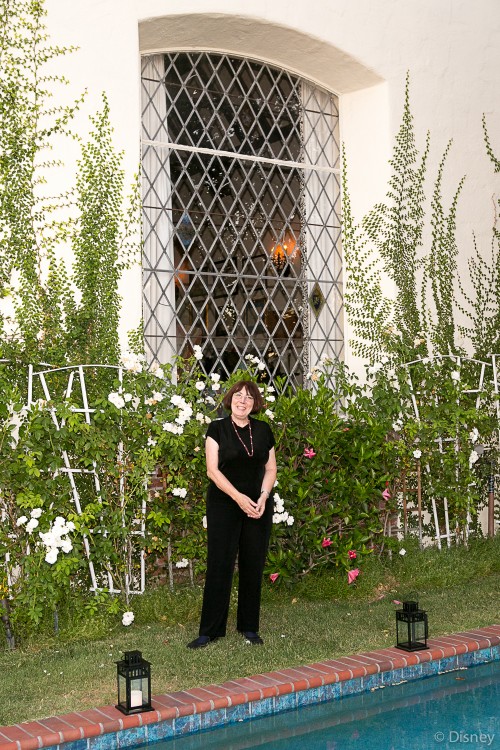 The tour was led by Disney Historian Paula Sigman Lowery, and here’s a little of what she had to share with us, “An historic home that is not furnished as it was when the Disney family lived here.  But the owners have made a concerted effort to give the feel of the 1930s.  And you will see as we go through the house photographs of Walt taken in the house.

So, this house was built to be Walt Disney’s family home.  Diane Disney was born in December of 1933.  Walt was actually receiving an award from Parents magazine.  He got a call that his wife Lilly was in the hospital about to give birth.  And he rushes out of the Parents magazine presentation because he himself was about to become a parent. 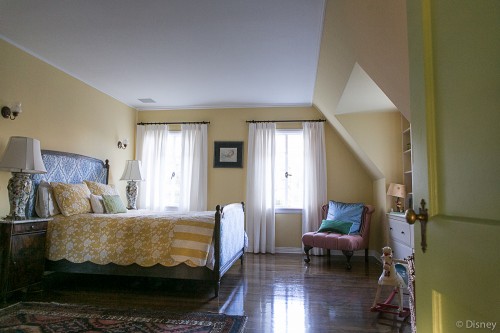 And three years later, they’re joined by Sharon.  So, they have two daughters, Diane and Sharon.  And this is the house that the girls grew up in.  And, so this is the house where he got to be dad.  It was the house from which he drove every morning to take the girls to school.  Sharon off at the West Lake school for girls and Diane over to Immaculate Heart girls school.  He drove them to their music lessons, to their dance lessons.

He took them to the opera.  He and Lilly wanted to make sure that they had a normal childhood growing up.  And in fact, Diane was one day at school and she came back to her dad that night and she said, dad, are you Walt Disney?  They had a very quiet, private life.  But when you have the opportunity to design a home and design it to create an environment to live the life that you want to lead.  So here we have a home that is beautiful in detail, has a lot of fairy tale, European-esk accents.  Perhaps some of this is a nod to the Disney family origins.  France is where the family originated before immigrating to Ireland and then eventually to North America.”

Here is a little news footage similar to what we experienced while on the tour.

With personal Disney family photos throughout the home, I couldn’t help but to be drawn in and almost magically could put myself there, as a fly on the wall, to the personal time and space of Walt Disney. 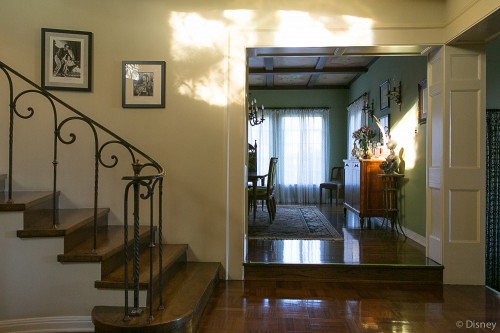 Lowery continues to share, “Every morning, they would come to the property and there would be a line of workmen hoping to come in and work on this project.  And in fact, he hires a graduate of the Vienna Academy of Fine Arts who ends up painting the ceiling murals.  It’s incredible.  So again, the house today, I’m pointing out the architectural features that Walt Disney himself designed.  And he built this house with the assistance of his contractor from the studio, the Hyperion studio.” 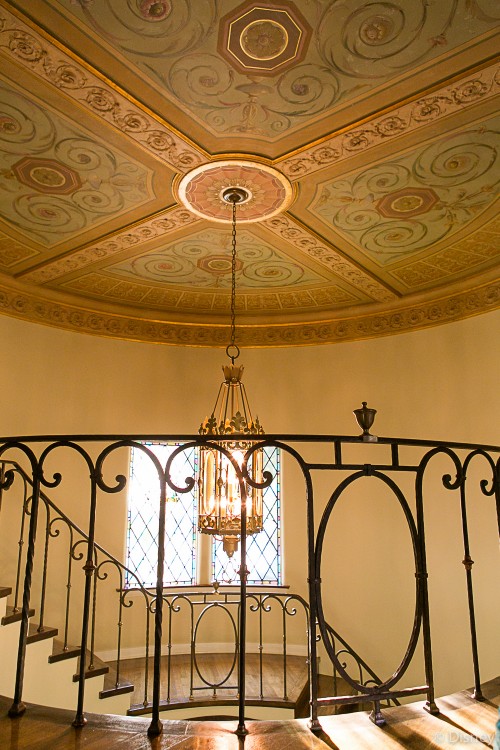 And I think one of my favorite stories that Lowery shared is the one I mentioned above about the playhouse, “When you go outside, you will take a look at the Snow White playhouse that Walt had built for his girls.  Walt had it built for the girls over Christmas.  He had his studio carpenters come out and it is electrical, it is plumbed and it has a telephone in it.  And so the next morning (the day after Christmas), the girls are out there and the phone rings.  And it’s Santa asking them how they liked the house.  Of course, Santa kind of sounded like dad.” 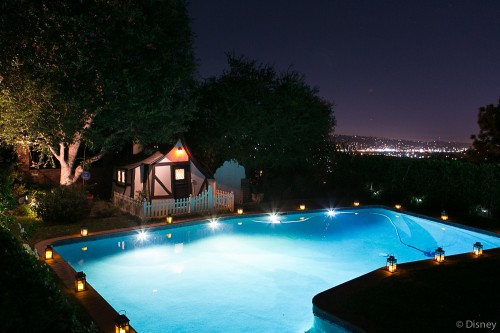 With amazing views both in the day and at night, you can easily see how this home was far enough away to escape from his everyday life at the studios and just enjoy true family time. 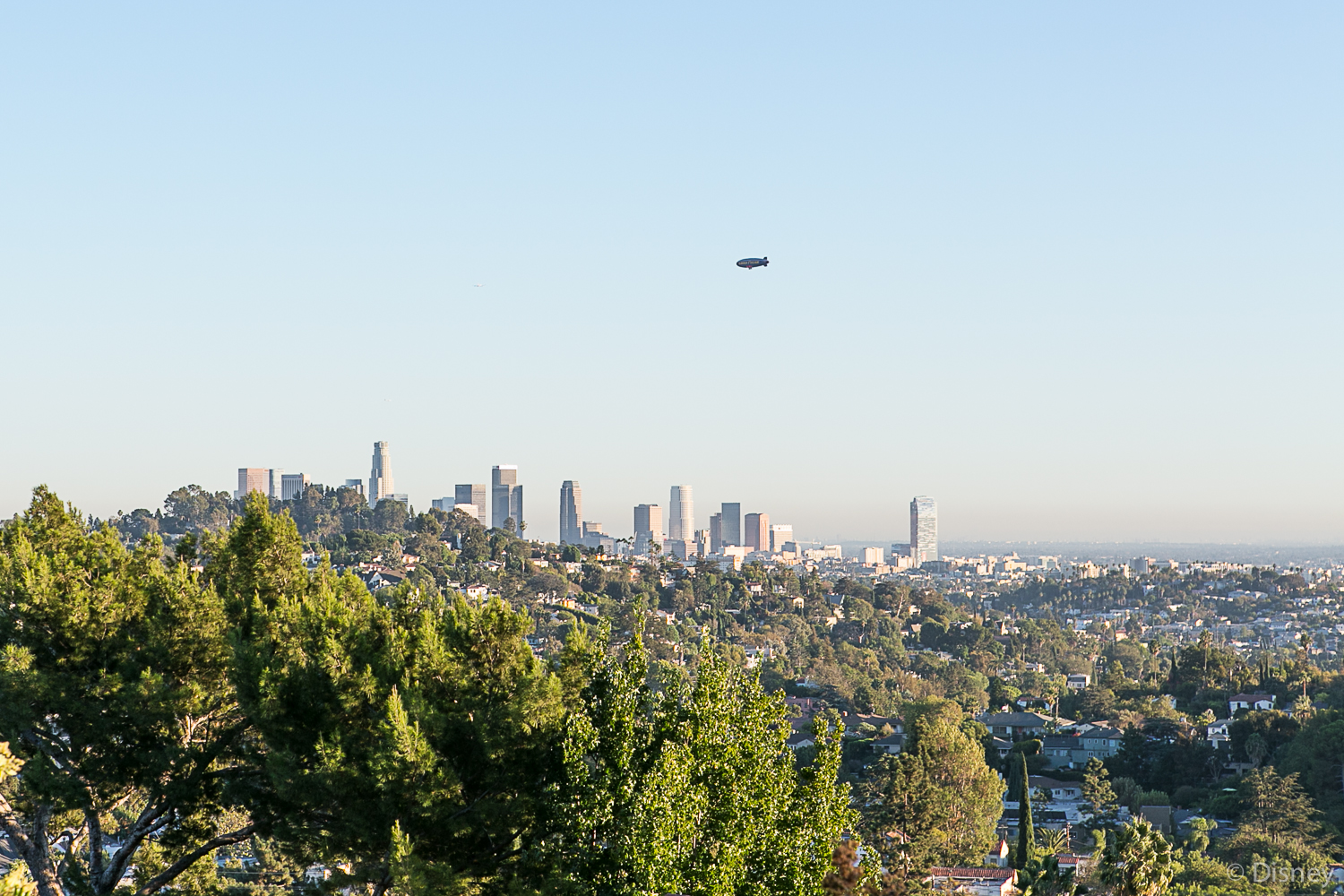 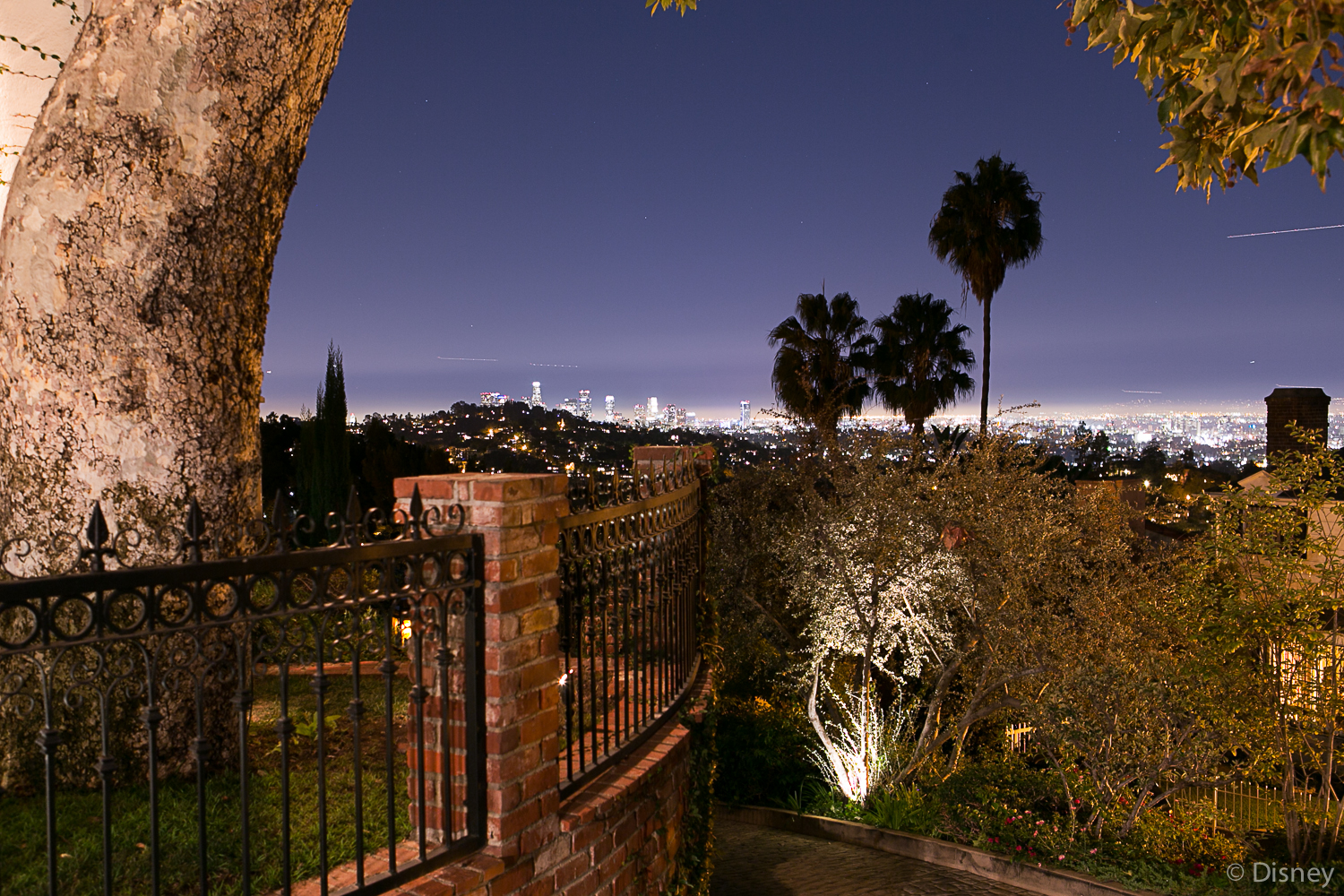 After enjoying the magnificent tour, we then had an opportunity to sit with the Executive Producer of Maleficent, Don Hahm.  He was so friendly and excited to share how much he loved working with Angelina Jolie and the importance of showing that the hero doesn’t always have to be the prince.  I loved talking with him, and I really appreciated the time he gave us not only sharing his experience with Maleficent, but the love he has for the history of Disney. 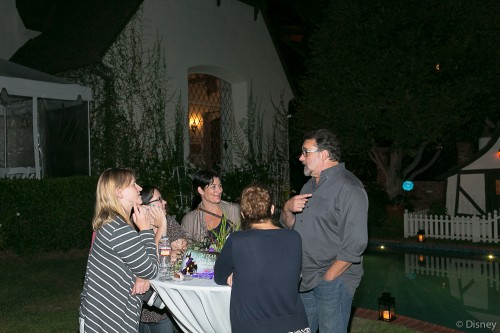 We had a chance to take an up close look at two of the costumes from Maleficent as well. 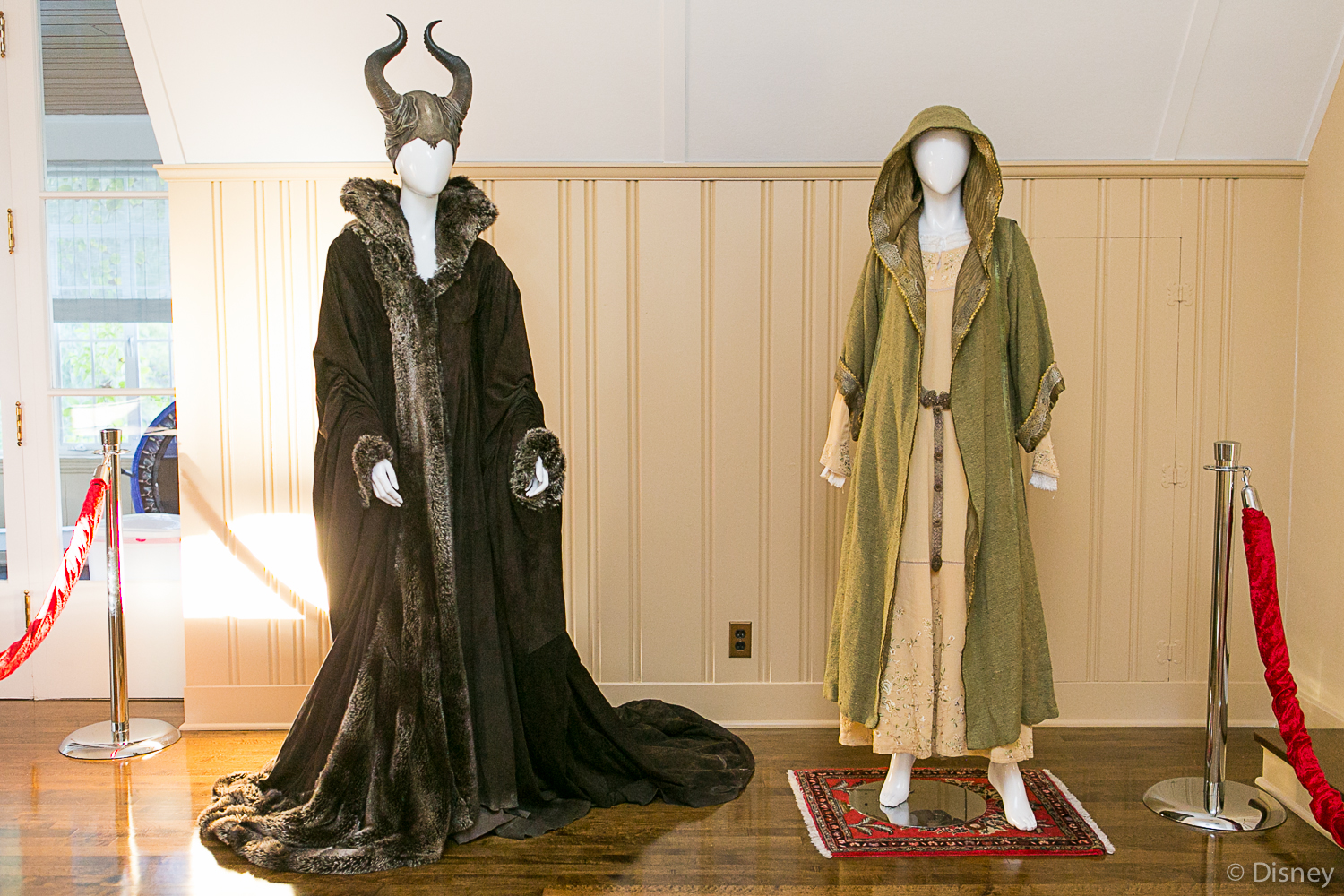 This is one of the top experiences I have ever had on a Disney press trip.  The time spent roaming the halls and even sitting in the backyard of one of the biggest entertainment empires that still runs under his morals and standards today.  Truly special.

For more images of the home please visit their website – http://waltdisneylahome.com/

*The tour of Walt Disney’s estate was part of a press trip hosted by Disney.  All expenses of this trip to promote the release of Maleficent and Sleeping Beauty were covered.  Seriously, I was in the house of Walt Disney!  All opinions expressed are my own!