If you are a Marvel fan, then you are probably anticipating the release of Thor: Ragnarok on November 3rd,  During the #ThorRagnarok press trip last week I shared that I attended the world premiere in Los Angeles. Well, the people at Disney has lifted the embargo, and I can share my thoughts about the film. Don’t worry; there are no spoilers here, just a few reasons I think you will LOVE this movie. Here’s my Thor: Ragnarok Review. 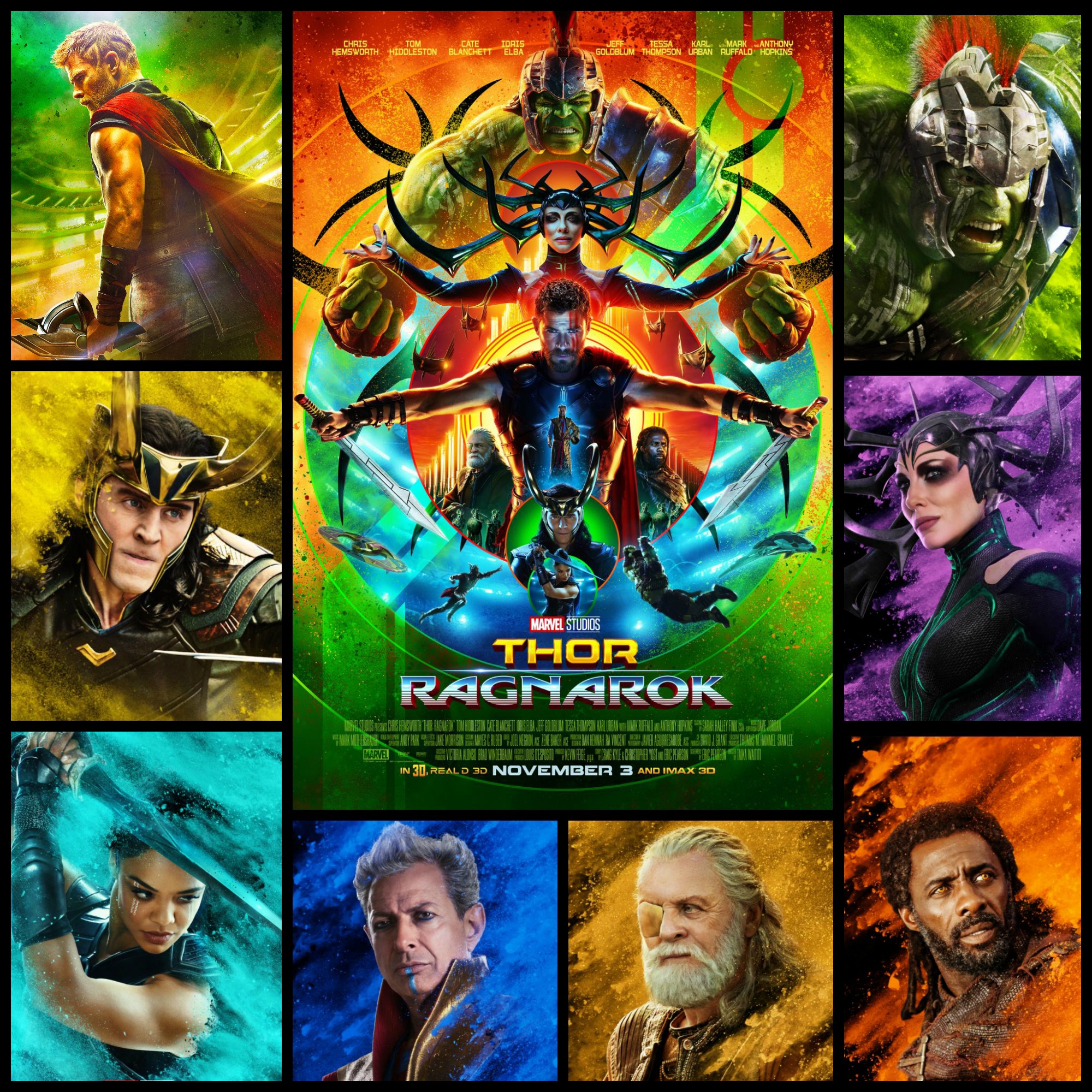 Imprisoned on the other side of the universe, the mighty Thor finds himself in a deadly gladiatorial contest that pits him against the Hulk, his former ally, and fellow Avenger. Thor’s quest for survival leads him in a race against time to prevent the all-powerful Hela from destroying his home world and the Asgardian civilization.

There are so many reasons to want to see the latest Thor. It’s been rumored to be the best Thor yet, and I have to agree. Here’s why.

Really funny. If you liked Guardians of the Galaxy, then you will love the latest Thor: Ragnarok. The first 10 minutes of the film set the stage of what to expect. With Chris Hemsworth perfect comedic timing and the brilliance of Director Taika Waitit in letting the cast improve much of the film, I promise you will laugh.

Even after covering so many Marvel films, it never ceases to surprise me how freaking good the effects team does in post-production. After a few set visits on films like Ant-Man and Guardians of the Galaxy, to understand how much is not tangible on the set and is added after shooting, this film is like the past few, perfect.

Chris Hemsworth said it himself in a recent interview, that once the whole cast of Civil War was announced and he and Mark Ruffalo weren’t on that cast list, he said, “They said, ‘Oh you aren’t in this one.’ So I said, well, we better be in the next one”. Mark chimed in laughing, “And there you go. We’ve made the greatest Marvel film ever made!”

Speaking of those two. I am sorry to the ones that don’t care, but for those that do….

You’re welcome. Yeah, I will say that this scene may have lingered a few seconds longer than expected. Thank you Taika!

So the duo of Thor and Hulk is new, for the Hulk has never been in a Thor film. The newly designed, if you will, Hulk was impressive too. The resemblance of Mark was uncanny and made the watching him that much more interesting. The dialog between these two is ever so entertaining.

She is so good in everything that she does, and it was delicious to see her in such an evil role. Her costumes and makeup were right on for this first female Marvel villain. She has you equally loving and hating Hela, as she fights for what she believes is rightfully hers.

Another thank you, Taika moment. He brought in Korg to life and may very well be the funniest character of the film. And that is saying a lot.

Taike is well-known for casting himself in his own movies. He has appeared in all four previous New Zealand-based feature films that he wrote and directed. “When we were writing the story, I asked myself, ‘Who do I want to play? What kind of character 5 have I not done ye and would be interesting to me? What would be fun?’ I like playing characters who sort of provide a little texture and make it a bit more interesting to watch. I knew I had never played a guy who was made of rocks. “So, when we started developing the character of Korg, I started thinking maybe there’s an angle there. That seemed like a character that I could play around with while getting to do some stuff with Chris Hemsworth. I was an actor before I was a filmmaker. So, I still enjoy that part of it.”

Loki Disguised as his father, Odin, Loki has taken over Asgard as its king. However, when Hela makes her terrifying grand entrance, Loki must use his silver tongue and skill with a blade to battle for his own survival.

Jeff Goldblum plays the role as the exuberant and dangerous ruler of Sakaar, a distant planet built on chaos and indulgence. The Grandmaster controls an incredible gladiatorial contest in which Thor and other powerful beings from throughout the cosmos face off in spectacular and deadly combat. There is no contender the Grandmaster covets more than the champion of the arena, the Incredible Hulk.

Tessa Thompson has taken on the role of Valkyrie. She is a tough-as-nails galactic scavenger with a mysterious past. After a tragedy left her life in tatters, Valkyrie disappeared to a corner of the universe where she could forget her past. Now, with the universe in peril, she must put her history behind her and join forces with Thor and Hulk to save Asgard in its darkest hour.

In casting the coveted role of Valkyrie, CEO of Marvel Studios Kevin Feige states that “we were looking for an actress to portray this character who could give it as good as Thor does, who could really stand up, shoulder-to-shoulder, with Chris Hemsworth. And, we were big fans of Tessa Thompson for many years, particularly for her performance in ‘Creed.’ It’s was amazing to have her as one of the two new female characters in the movie.”

Come back for more Thor – I will be posting exclusive interviews and more in the upcoming weeks.