Are you a huge SNL fan like me?  I mean, the old ones are still the best ones, but I can’t take away from all the famous comedians that have made me laugh over the years.  Celebrating 40 years, Saturday Night Live will have a special place to take a walk through the history of the iconic TV show.

The Exhibition at Premier Exhibitions 5th Avenue in NY, is opening on May 30, 2015. 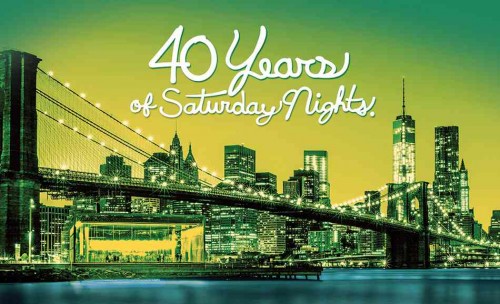 As part of the 40th Anniversary year of “Saturday Night Live,” never before have so many backstage and foundational elements from the show’s history been presented to the public under one roof.  Costumes, props, original scripts, set pieces, video and more tell the story of this pioneering television show that has never lost its reputation for being cutting-edge and unpredictable. SATURDAY NIGHT LIVE: THE EXHIBITION unveils the show’s week-long creative process and brings people behind-the-scenes where the action unfolds at 30 Rock’s Studio 8H.  SNL fans will be able to interact with some of their favorite sets and props.

“Premier did a great job bringing SNL’s history and behind-the-scenes production process to life, and we’re excited to give fans a new way to experience and interact with the show,” said Britta von Schoeler, President of Broadway Video Enterprises. 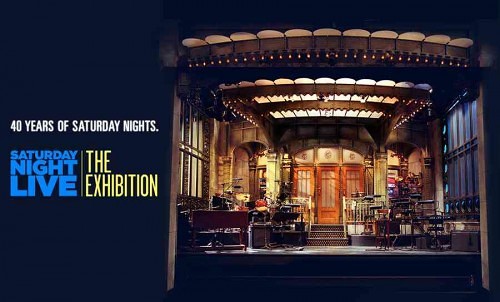 SATURDAY NIGHT LIVE: THE EXHIBITION features a wealth of iconic elements from every era of the show’s history starting with the very first original script.

“Premier Exhibitions has been given unprecedented access to the entire history of Saturday Night Live to create an exhibition that captures the spirit of the show, the process behind making it happen each week, and the talented people who have made it an American cultural phenomenon,” said Mark Lach, Creative Director of Premier Exhibitions.

Fans begin their journey in a recreation of the NBC theater lobby and follow every stage of the week-long creative process from Executive Producer Lorne Michaels’ office to script read-throughs, scenic design, hair & makeup, wardrobe, the control room, and musical guests.

Winner of 40 Emmy Awards and the most nominated show in Emmy history, “Saturday Night Live” has been making America laugh out loud for the past 40 years.  Though the cast has changed, the heart of what has made “Saturday Night Live” a cultural phenomenon for several generations of fans has remained constant: razor-sharp wit, biting satire, an irreverent and unpredictable approach to comedy, along with record-breaking musical performers and exciting guest hosts.

“That’s the news. Goodnight, and have a pleasant toMORROW!”