I am a bit of a prankster. growing up I played plenty on my family and close friends. I even believe we pranked a few teachers back in high school. All in good fun and never ill-willed, those kinds of pranks that are the best. No hard feelings, just all in good fun. This is why Walk the Prank on Disney XD is easy a show to enjoy. 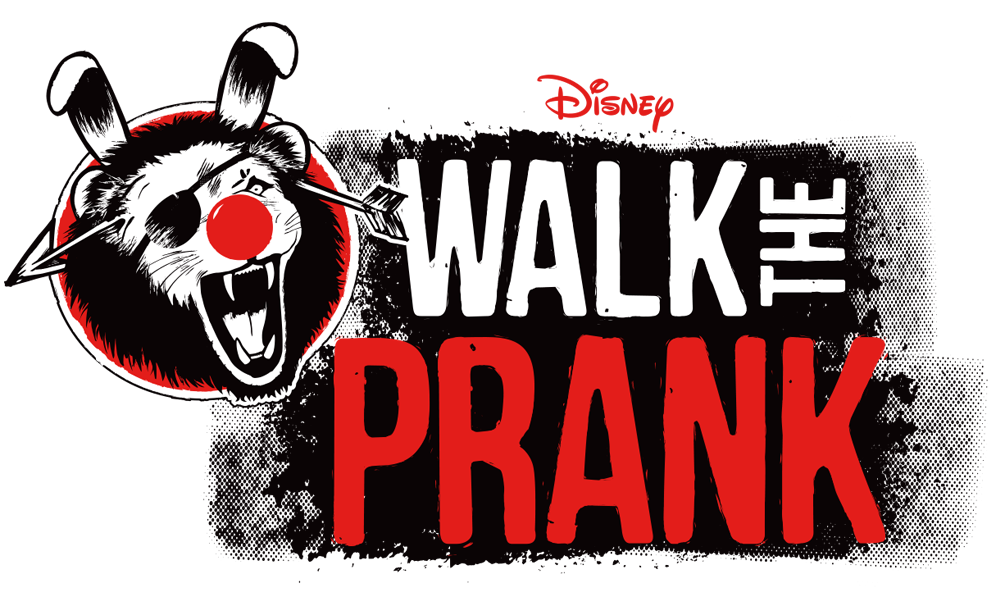 Walk the Prank on Disney XD

Disney XD’s new show called Walk the Prank offers a new type of format that blends scripted comedy with real hidden-camera pranks. The cast is made up of 4 very talented young stars Cody Veith as the cool, confident Chance, Bryce Gheisar as Chance’s younger brother Herman, Jillian Shea Spaeder  as the tech-savvy Bailey, Brandon Severs as Chance’s best friend Dusty, and the only starring adult, Tobie Windham as Dusty’s Uncle Will. The show follows a team of practical jokesters who create hilarious over-the-top pranks for an online hidden camera show of the same name.

The scripted storylines center on the four kids’ antics in school and at home, which provide a source of inspiration for their pranks. The real and outlandish hidden-camera pranks, seen throughout each episode, capture genuine reactions from unsuspecting strangers.

I had a chance to check out the show and then hang out on the set where we chatted with Tobie Windham about the show, doing the pranks and working with such great kids.

Tobie talked about the cast and how good the kids are at improve. They all have to be, playing out difference scenarios that could happen while a prank is taking place. He mentioned that the producers take some of his personality to put into the script, but since the show is scripted as well as real, all of them have to have some of their personalities in their characters.

Meet the handsome and very funny @tobiewindham of #WalkThePrank #JungleBookEvent #DisneyXD Watch as it premieres Wednesday April 6 at 8:30 EST.

They have shot about 40 pranks on Walk the Prank, and with that, you have to wonder if anyone has ever gotten upset at being pranked. “We have only had one person that it took a few for them to come down. But I do this thing where as soon as the prank is revealed I put my hand up for a high-five and usually it’s all good. I am there to protect myself and the kids since it’s all real, you never know how people are going to react.”

“I don’t like to get pranked, but on a show like this it’s inevitable,” Tobie continued, but so far it hasn’t been too bad, with just a little prank pulled by a producer.

Cody came over to say hello and shared what his favor prank he has been part of so far. “It is being saved for episode 10 because it’s that crazy. It has to do with aliens and it’s awesome!”

Walking around the set we saw some of the props used, including the costume used for this particular prank.

On set, there was a classroom, school hallway with lockers, and of course Uncle Will’s prank store. This is where we took a group photo with Tobie and Cody. Such a fun place to hang, but even funnier to watch. I made my family sit down and watch it, and we all agreed, the pranks are hilarious! The scripted part reminds me a little of a Saved By the Bell feel, perfect for the age group they are aiming to please, however, it really is funny for all ages!

Here’s a look at my favorite prank from the first episode. Tune in tonight to see what the pranksters are up to next.

*I was invited by Disney to visit the Walk the Prank set to share my experience with my followers. All opinions are my own.