I seem to be spending a bit of time on the west coast lately.  I was there in March for the Muppets Most Wanted and Captain America Event.  Then again a few weeks ago for the Million Dollar Arm Event, which is out tomorrow, so go see it!  Now I am heading back for the highly anticipated Maleficent and Fire and Rescue Events. 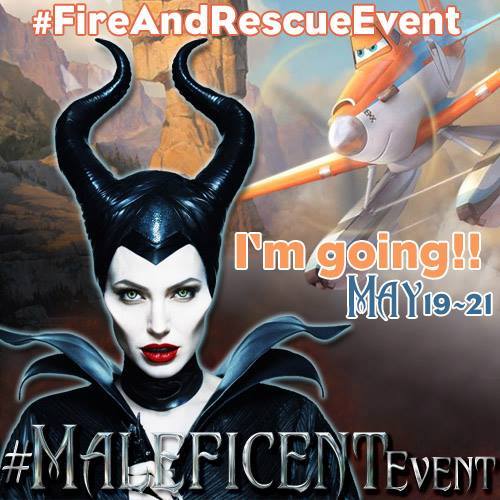 Normally when I announce a trip like this, I have a full itinerary to share, but we don’t have it yet.  Disney sent out invites about just 2 weeks before, and they are still putting it all together.  So to make sure when we get it, it’s all right, we have to wait until tomorrow.  So this is what I do know.

I will be attending the press junket of MALEFICENT (opening in theatres on 5/30) where I along with 24 other bloggers will interview cast and filmmakers from the movie!  I wonder who it will be?  While in town I will also attend a special press day at Disney Toon Studios for PLANES: FIRE & RESCUE (opening in theatres on 7/18) where we will interview Julie Bowen (voice of “Dipper”) and the filmmakers.  While there, we will attend a drawing demonstration with animators and get a chance to voice a character from the film in a recording booth!  And finally, we will also attend an exclusive Disney Consumer Products and Disney Store product presentation and tour at Disney’s Glendale Creative Campus to learn all about the new product lines for both films!  And for this trip I will be staying at the Universal Sheraton Hotel! 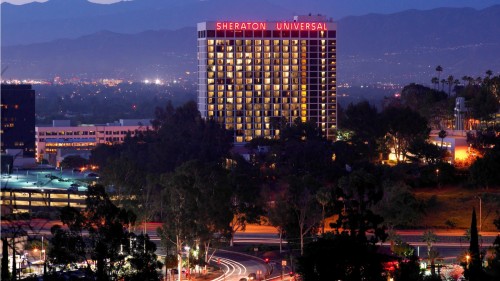 For having very little information, it’s still a lot, right?

So the big question is, will we meet Angelina Jolie?  Well, well….YES!  Squeeeee!  I couldn’t be more excited.  Got a question?  Leave it in the comments below and I may just use one from from my post.

Here’s a look at the  new featurette for Maleficent.

“Maleficent” explores the untold story of Disney’s most iconic villain from the classic “Sleeping Beauty” and the elements of her betrayal that ultimately turn her pure heart to stone.  Driven by revenge and a fierce desire to protect the moors over which she presides, Maleficent cruelly places an irrevocable curse upon the human king’s newborn infant Aurora.  As the child grows, Aurora is caught in the middle of the seething conflict between the forest kingdom she has grown to love and the human kingdom that holds her legacy.  Maleficent realizes that Aurora may hold the key to peace in the land and is forced to take drastic actions that will change both worlds forever.

And how about a look at Planes Fire and Rescue?

“Planes: Fire & Rescue” is a new comedy-adventure about second chances, featuring a dynamic crew of elite firefighting aircraft devoted to protecting historic Piston Peak National Park from raging wildfire.  When world famous air racer Dusty (voice of Dane Cook) learns that his engine is damaged and he may never race again, he must shift gears and is launched into the world of aerial firefighting.  Dusty joins forces with veteran fire and rescue helicopter Blade Ranger and his courageous team, including spirited super scooper Dipper (voice of Julie Bowen), heavy-lift helicopter Windlifter, ex-military transport Cabbie and a lively bunch of brave all-terrain vehicles known as The Smokejumpers.  Together, the fearless team battles a massive wildfire and Dusty learns what it takes to become a true hero.  Directed by Bobs Gannaway (“Secret of the Wings”), “Planes: Fire & Rescue” hits theaters in 3D on July 18, 2014.

So this adventure begins in just a few days so make sure to follow along!  And get social!

*I have been invited on a press trip by Disney to screen Maleficent and Planes Fire and Rescue, interview various cast members and filmmakers, as well as many other awesome experiences.  All opinions are my own.