I will always be fascinated by any movie making process, but there is something about all that goes into an animated film that just blows my mind.  While in LA for the last press junket I attended, I was super fortunate to screen Disney’s latest animation Planes Fire and Rescue, due out on July 18th, and part of my experience of learning how the making of the movie, I got to interview Director Bobs Gannaway and Executive Producer Ferrell Barron. 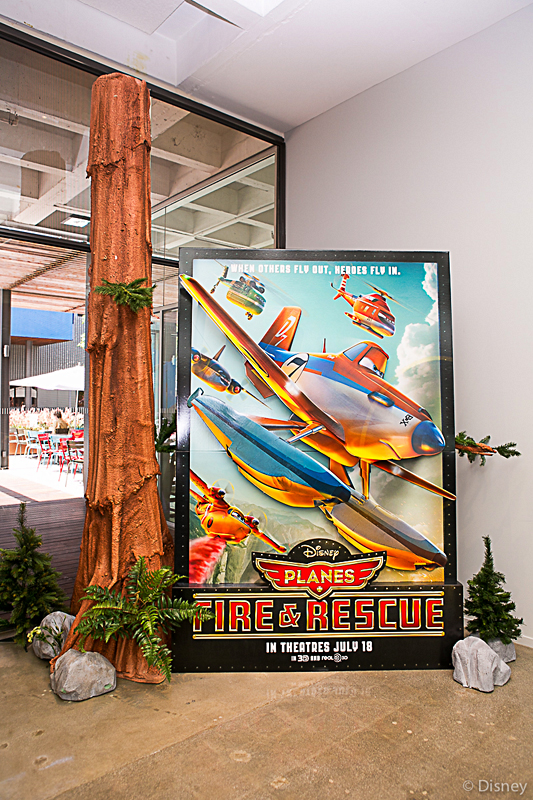 How much time did you spend in National Parks?

Bobs:  A lot of time, yeah.  Yellowstone and Yosemite are the two Parks.  You can see there are a lot of Monuments in there that are taken from both.  Waterfalls I think from Yosemite, and our Art Director spent a lot of time there obviously, taking a lot of pictures.  We met with a lot of Park Rangers who toured us around and Old Faithful Inn; our Lodge is based on the Old Faithful Inn, Yellowstone.  So we got to take a quick trip and didn’t have enough time.  It was one of those Vacation trips where everyone’s cramped in a car.  Griswold’s like.  Speeding to one location, jump out take pictures, speed to another.  And you see places in the park that, you know, a lot of people don’t get to see which was a lot of fun so…there’s research, you know, research informs everything right down to a gag, as well as big, feature moments.  I mean, little things like the Lodges.  There are rocking chairs in front of the Fireplaces.  We had the head of National Parks watch the Movie.  The Old Jammer, I’m sure you’re familiar with it, is the tour buses that are used, still used today in Glacier National Park in Yellowstone.  They’re called Jammers because they would jam the gears. 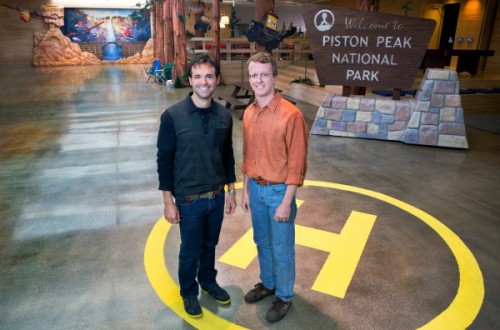 Bobs:  But it goes back to also, we brought in an Oil Analysis which is really interesting when Dusty has his mishap, his kind of heart attack.  It was fun to realize that when that happens.  It can happen when gear starts shredding in an Airplane, they release metals into the Oil, and that’s how they analyze it, and they analyze the oil and find out what — what kind of metal is in the oil, which will determine what part of the Engine is faulting.  What was interesting is that’s very much like a blood test basically because they’re taking it, and they’re looking under a Microscope and so it — it really lent itself to having a Medical problem, you know, for these Air Craft Characters for our, so that was, we joked cause it’s like the highlight of this Guy’s career.

Ferrell:  So it goes back again to the research, bringing in as many consultants as we can to help every aspect of the movie that related to the story, to bringing truth to it all.

There’s quite a bit of adult humor in the film!  Even an oil drinking game.  Bobs and Ferrell touch on that. 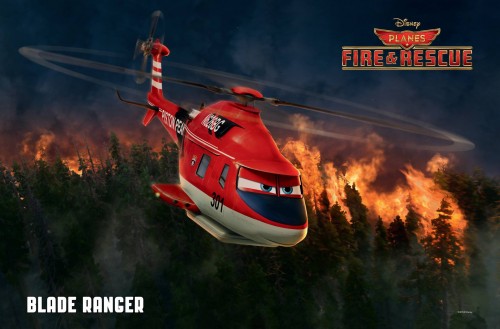 Bobs:  Crazy you caught that.  You know, when you do these we have multiple screens.  We put the first reels up, and I wondered if people would be able to get that because it requires a little bit of math.  Like oh, this is a popular show, and Blade had this hoist that he uses often, and so it’s so popular they decided to create a little game out of it where every time you use the hoist to take a drink of oil.  So I’m glad you got that because it was, it requires a little bit of quick math in your brain.  You get the sense that this is a thing that has existed for a long time, and that’s the fun.  It’s so much fun crafting these worlds and doing this sort of a “Planesification” of it and what would that be?  And how would they do that?  It’s so much fun, so I’m glad you picked up on that.  And the humor.  You know, we want to make it entertaining for everyone, and again, you make the movie for yourself, and I let the characters say what the characters would say, you know.  We’ve hopefully created real, you know, characters that have personalities that are true and to be honest and it sounds a little pretentious, but there is a point where you characters start to kind of speak and say what they would say.