Ben Mendelsohn is no stranger to movies. He’s been acting in his home country of Austraila since he was a kid. He hasn’t known any other world. Maybe the fact he plays some of the best sociopaths, but off-screen he’s a soft, kind man. Oh and funny. He’s hilarious.

During the Rogue One press event, we had the opportunity to sit down and chat with him. Check out the interview, and remember, it comes out this Friday!

Ben joins our group with a warm hello and introduces himself.

All right, can you tell us a little bit about your character?

Sure. Krennic is the director of military intelligence and operations. And for our film, it means he’s the dude that built the Death Star and is bringing it to its final brilliance. 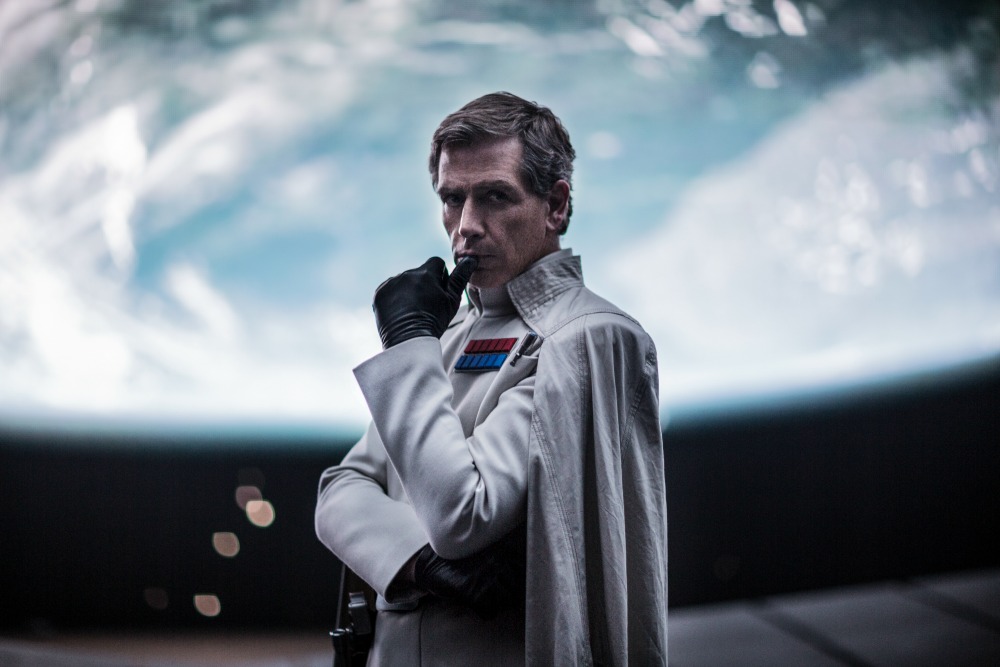 You grew up being a Star Wars fan. Did you ever imagine yourself being on the empire side?

No. No, I mean but that’s the folly of youth, isn’t it? No one imagines that they’re going to end up on the side of the empire. But you get older. You know you come to realize the peace and stability in the galaxy are worth fighting for and that all these airy, fairy ideals of the rebellion are very well and good but what happens when they get into power?

No, I didn’t, but I wish I could have told myself at various points through life, don’t worry. One day you’ll be in Star Wars. That would have been good turn, but there you go.

Your characters are trademarked collectively. And this is a quote, but not my quote, but as “unlikable sociopaths.”

That’s my recent body of work. That’s what you might call it my unlikable sociopath phase.

Do you prefer those evil roles to the good roles?

Well, I do think there’s a particular palette of emotions that you get to work with more if you’re playing you know the bad guys like the angry, resentful, enraged sort of stuff. I think, look I consider it a real honor to be playing you know bad guys in certainly in this film and there’ll be one or two more.

Yeah, I consider it a real honor. But look, I’ve had a long and varied career so I don’t associate myself with my characters you know but you know it’s fine that everyone else does.

So you’re not an unlikable sociopath?

I wouldn’t say that.

Gareth was telling us the story about being in LA on the rooftop whenever he came to you with this role. Can you tell us your side of the story?

Well, I got summoned to go and meet him. And he told me the story and then he told me who he wanted me to play. And I was just a little concerned. I thought like are you sure? And but I was incredibly flattered. It was one of those things that he got a little bit foggy because I started to get a little bit overwhelmed by it. So you know I was pretty sure by the end of it that he had offered it to me. And you know and I’d rang in and reported as much. But then I had to keep it quiet for a very, very long time. But yeah, that’s about it.

Who do you think is more dangerous, your character or Darth Vader?

In a personal sense? I don’t think there’s any competition you know in a one-on-one. But the Empire being what it is you know Darth’s pretty good, but I’d hate to see him go up against you know a couple of squadrons.

Or I’d hate to see him go one-on-one with the Death Star. And so really that’s about influences you know where you sit. You know Emperor’s here and how close can you get? And I think Krennic is going for that number. And I mean, I think he regards Darth as you know the emperor’s kind of pet and you know he’s all fascinated with him and stuff like that. He’s a very impressive dude, but there’s a bit of like this going on there as well you know whatever.

So last night when we were watching some of the clips, it was fascinating. I was really excited to see your character. In that short little section when you were looking for the child you said, find it. And I thought, oh, I hate him already. Who did you study to prepare for that? Because that was just such a “you” character. You said that it was perfect.

When we were going into this, the main thing that I looked at was just the officers in the original film. And then you have to do a bit of a rewind and think about what it was like when they were making it in ‘77 because they were all very British. And you know it’s all very sort of you know Royal Shakespeare you know bad guy kind of very straight kind of stuff. So I wanted, I wanted Krennic to sound like enough of one of those guys.

But then after that and that costume, you know what? I mean you put that costume on, and you’ve got those boots on, and you have that cape. And all of a sudden you just feel that power. And the thing about those guys like the thing you saw last night is that from his perspective, they’re just in the way. They’re just in the way. And I mean, I’m sorry, but she came out with a gun ready to shoot me. Like what are they thinking? And so yeah, but that’s a very, very, that was a very, very good set up I thought. I thought that that set up told us a lot about what we were doing in this film.

As a father you have children, and you think oh, get her. How do you get into that mind frame? Was it something that was easy? 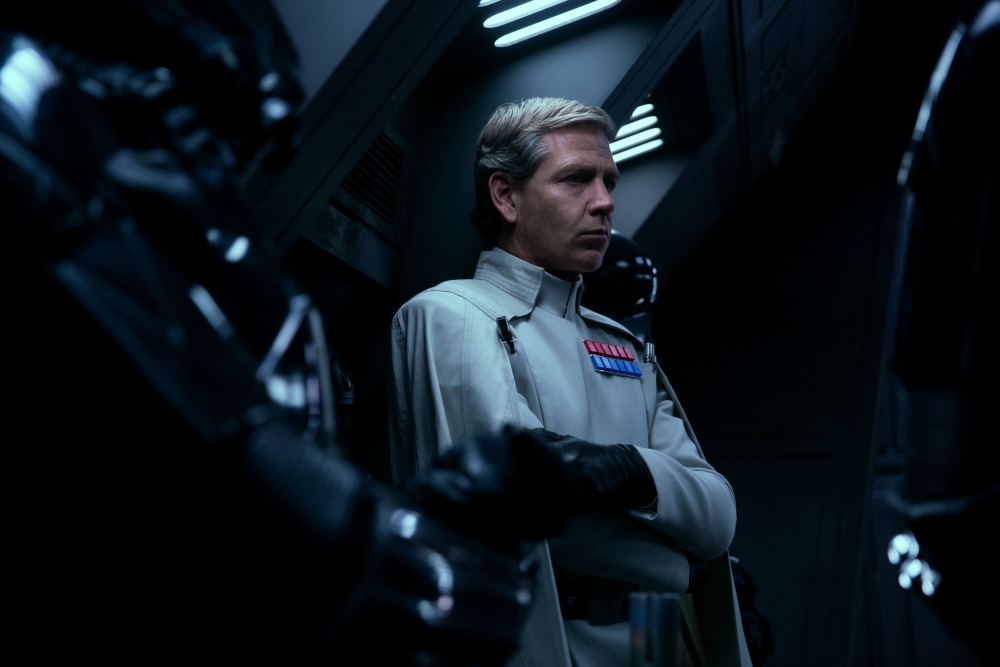 And if you have respect for the thing as its whole then they can feel you like this, or they can feel you like this. As long as they feel, you know. So when you say, find it. And I have to say, when the first time I heard that when I saw it, I remember going, oh that’s so wrong. Find it. And I hated him at that moment too. That is, and that’s you know that’s, that’s a really clever set up I think. I don’t know if they had written it as finding it either. I don’t know; I’m trying to remember. I mean but yeah.

That was a great line.

Yeah, it was a great line. I don’t think it’s mine but damn.

What was the most difficult part for you?

I think it was the first few days off being there and walking in front of you know having taken storm troopers into those Imperial sets and stuff like that. It took a while to sort of just be able to go, okay, okay, okay. You’ve got this. Like you got this. That was difficult.

Did you keep anything from the set? Was it the waterproof cape?